This Is Why You Should Never Vote For Republicans: West Virginia Senate Passes Sweeping Education Bill To Ban Teacher Strikes - Would Allow Schools To Fire Workers For Striking & Withhold Pay On Strike Days 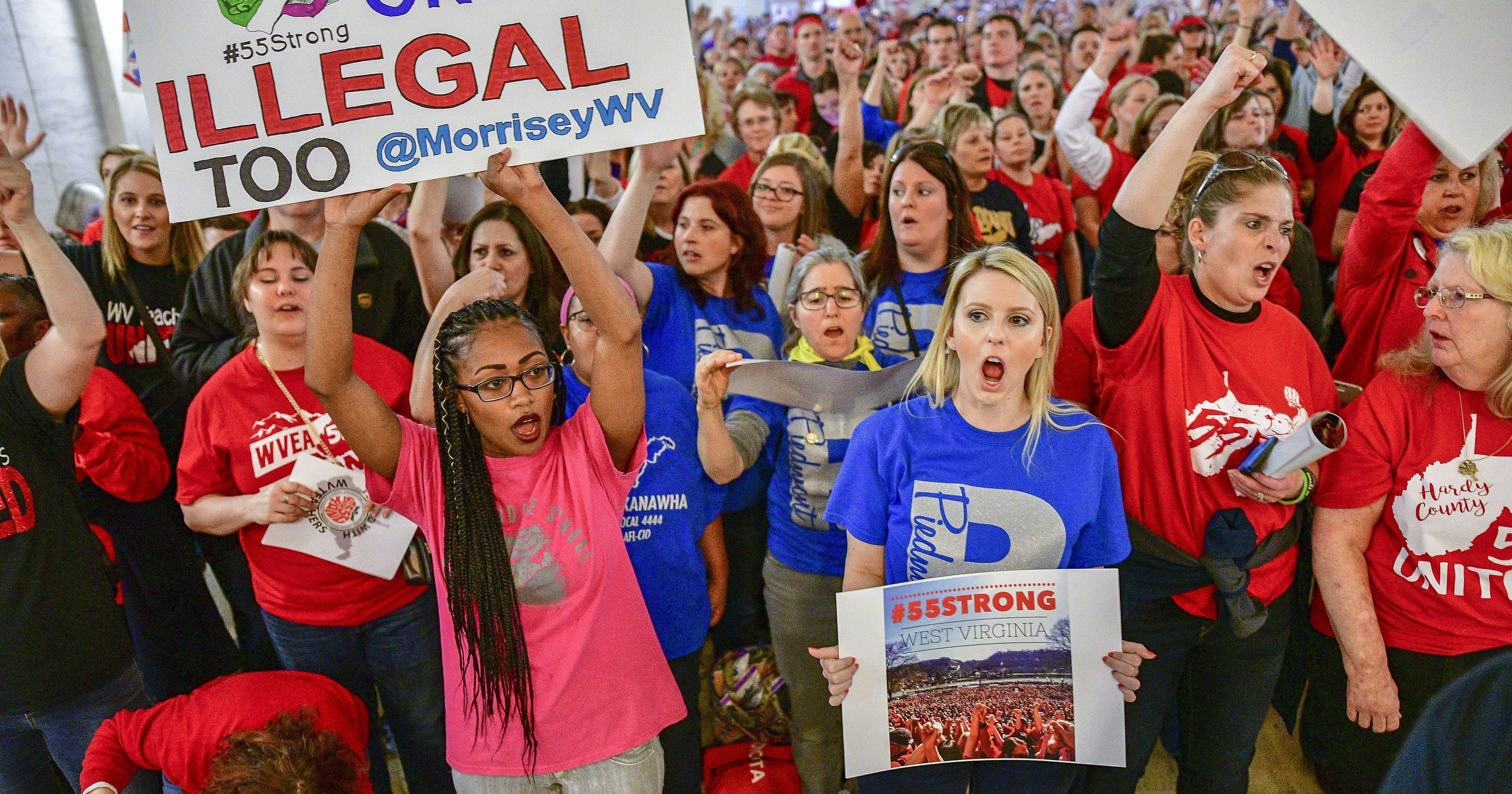 The chamber voted 18-to-15 to advance the measure - after Senate Republicans inserted an amendment during a special session Sunday that would ban Public Worker Strikes, amid protests from Teachers and Workers in the chamber, The Charleston Gazette-Mail reported.

The legislation also allows for an unlimited number of charter schools in the State.

Democrats, as well as the West Virginia Chapter of the American Federation of Teachers (AFT), criticized the ban on strikes as retaliation for the Teacher walkouts that took place earlier this year and last year.

The bill would allow schools to fire Workers for striking and withhold pay on Strike Days, as well as forbid county superintendents from closing schools due to strikes.

The legislation, known as the Student Success Act, now moves to the House of Delegates, which is scheduled to reconvene on June 17th.

It is unclear whether Republican Governor Jim Justice will sign the measure into law should it reach his desk.

On Sunday, he told The Metro News: “We’re at a very, very difficult impasse.”

Teachers protested at the State Capitol all weekend.

Protesters also singled out Republican Senate President Mitch Carmichael, who’s been a staunch defender of the bill and has framed it as the key to fixing West Virginia’s Education System.

Protesters also called the measure just another iteration of a bill the legislature killed in February.

In February, West Virginia Teachers took to the streets in protest of a similar Omnibus Bill that would allow a few charter schools to operate in the State and allocate money toward private school vouchers.

The two-day Strike was successful, with the Republican-controlled House tabling the measure.

An agreement was ultimately reached to provide Teachers and State Employees with a 5% pay raise, a fivefold increase from the original proposed raise.

That proposal, however, died with the February Omnibus Bill.

West Virginia Teachers are among the country’s most poorly paid, with Teacher salaries ranked at 48th in the Nation, according to the National Education Association (NEA).

To Directly Access This Labor News Report In Its Entirety, Go To: https://thinkprogress.org/west-virginia-senate-passes-sweeping-education-bill-to-ban-teacher-strikes-3c8c7ba83f06/?fbclid=IwAR261GhxBB-SK9wDwrtl4HsHUzUApng80OQsVWrqhWuRyokY_4e3DxpYcZI