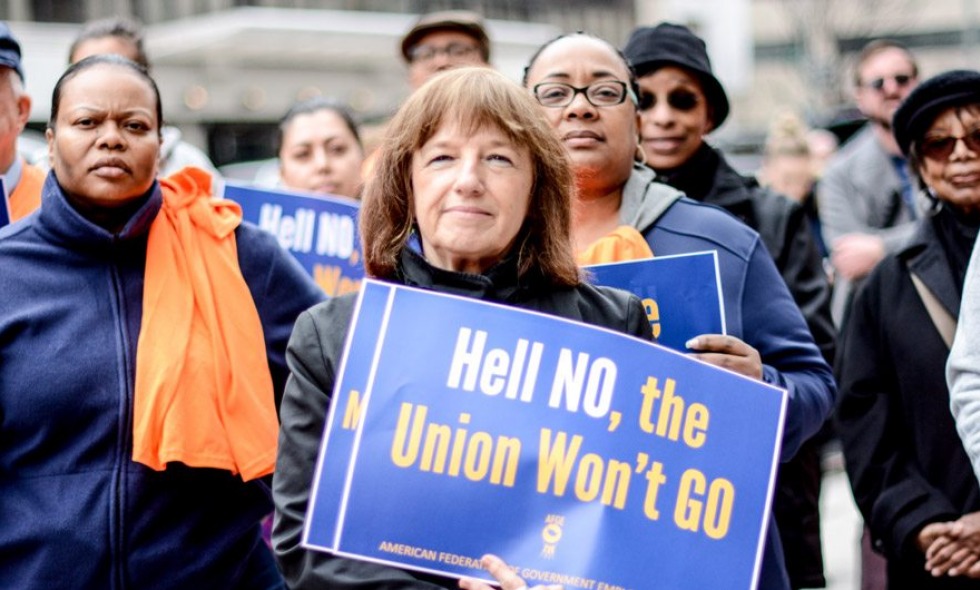 (WASHINGTON, D.C.) - The American Federation of Government Employees (AFGE) is speaking out against a Trump-appointed panel’s ruling that will prevent Workers at the Social Security Administration (SSA) from having a voice in decisions affecting the critical services they provide to Americans who are elderly or living with disabilities.

Last week, the Federal Services Impasses Panel (FSIP) issued its decision in a dispute over 12 remaining articles in the contract between Social Security and the AFGE.

As a result, more than 1,400 agreements between management and Employees that were previously part of the agency’s Union Contract will be unceremoniously discarded.

The attack on SSA Workers’ Rights is part of a larger assault by the Trump Administration on the Federal Employees who serve America, AFGE Officials said.

AFGE National President J. David Cox Sr. issued the following statement: “When President Trump tried to implement similar provisions government-wide by Executive Order last year, a Federal Court struck down those Executive Orders as illegal.  But this administration is hell-bent on destroying Unions and taking away the rights that Federal Workers have won on the job over years of collective bargaining.  If the courts tell them no, then they find another authority they can pack with political appointees to do the job.  In this case, the Panel, which is led by President Trump’s appointees, unsurprisingly choose to rule in favor of SSA management and enforce contract provisions that summarily strip Workers of rights and protections gained through decades of negotiations with prior administrations.  This is part of an orchestrated effort by the Trump Administration to weaken Unions and silence the voices of Federal Workers.  Every day across this country, Social Security Employees help Americans live out their lives with financial security and human dignity as they age or become disabled.  Yet, the Trump Administration is doing everything they can to make sure SSA Workers don’t enjoy that same level of dignity, fairness or respect.”

The contract provisions that FSIP approved over the objections of AFGE will, among other things: Eliminate more than 1,400 memorandums of understanding and supplemental agreements that were previously part of the Collective Bargaining Agreement; Allow management to unilaterally exclude Employees from telework, disrupting their lives and schedules; Eliminate current parking arrangements for all Employees, potentially disrupting daily commutes and transit schedules; Slash by 80% the amount of time Union Representatives can spend representing Employees; Deny Union Officers the office space currently provided by the agency; and Impose the contract terms for seven years.

The AFGE is the largest Federal Employee Union, representing 700,000 Workers in the U.S. Government and the Government of the District of Columbia.

To Directly Access This Labor News Story, Go To: www.afge.org/publication/trump-labor-panel-greenlights-management-assault-on-social-security-workers-rights-union-says/?fbclid=IwAR1P8jzASZU7J3kTVyqjA3audnUk-ey0oRGnB3ZKY9YzVSa6BwAzrv52JuA#.XPFii3oEw6g.facebook