USDA Employees Unionize As Buffer Against Trump White House - We Realized How Little Leverage We Have, One Agriculture Department Employee Said Of One Of The Reasons Why Workers Wanted To Form A Union 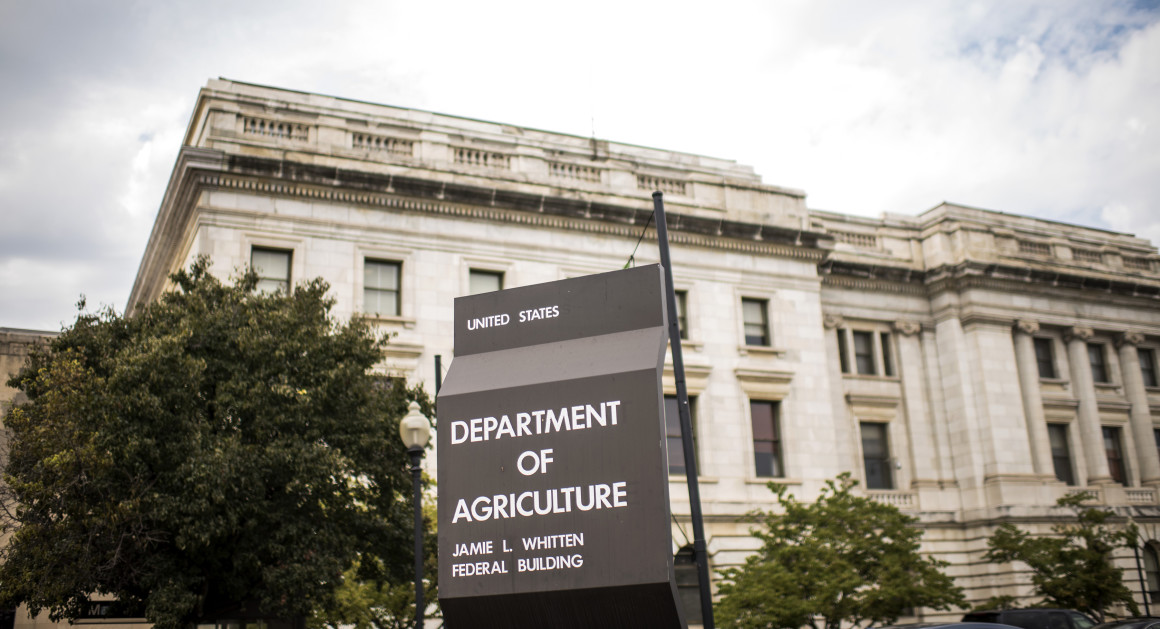 (WASHINGTON, D.C.) - A group of Economists, Statisticians and other Employees at the U.S. Agriculture Department have voted overwhelmingly to form a Union, hoping to use collective bargaining as a way to push back against new policies coming from the Trump Administration.

About 200 Workers at the Agency’s Economic Research Service (ERS) will be represented by the American Federation of Government Employees (AFGE), assuming the election results are ratified by a Federal Agency.

The preliminary vote count was 138 in favor of Unionizing and just four against.

At a rally ahead of the election, several ERS Employees told HuffPost they were deeply worried about changes at the agency undertaken by political appointees, particularly a plan to move most of the workforce to a new, yet-to-be-determined location outside the Washington area.

They hoped having Union Representation would force more transparency about such plans and give them a seat at the table with an administration many view as hostile to their mission.

“It’s a ‘form of protection,’” explained one Employee, who, like others, asked to speak anonymously for fear of being retaliated against. “All these ‘little things pile up and (right now) we have no way to stop them.’  We’re ‘optimistic the Union can force the USDA to follow guidelines.’”

The ERS produces research on agriculture and rural economies that helps steer policy decisions affecting everything from Farmers and trade to commodities and food stamps.

As the Rural News Site The Daily Yonder put it: “There is no comparable public source of information about the economic and social conditions of rural America.”

The Trump Administration has been waging a battle against the Federal Civil Service and many ERS Employees feel like prime targets.

Agriculture Secretary Sonny Perdue announced plans last year to pull the service closer to his office, by putting it under the USDA’s Chief Economist - a prospect that stirred fears of political meddling in independent research.

Perdue said much of the agency would also be moved geographically, potentially upending Employees’ lives in the Washington area.

Politico reported the turmoil has led many economists to leave the agency already, leading to a “brain-drain of experienced Researchers.”

Departures not related to retirement have roughly doubled compared with an earlier three-year average, according to Politico.

One ERS Employee told HuffPost that over the years a lot of Economists and Statisticians at the service had been reluctant to Unionize - even those inclined to support Unions ideologically - because they felt it wouldn’t be worth the trouble, but they have a different calculus now, with many facing the prospect of having to relocate if they want to keep their jobs.

“It ‘all changed’ when the move came ‘and we realized how little leverage we have,’” he explained, noting that, like many of his colleagues, he is now looking for another job. “They (agency leadership) ‘know full well you do real damage to an agency when you move it.’  The ‘notion that this is about making ERS more effective, that’s patent nonsense.’”

To Continue Reading This Labor News Story, Go To: www.huffpost.com/entry/usda-employees-union-trump-white-house_n_5cd45369e4b0796a95d828ad