Published Tuesday, May 28, 2019
by Joe Maniscalco/LaborPress.org 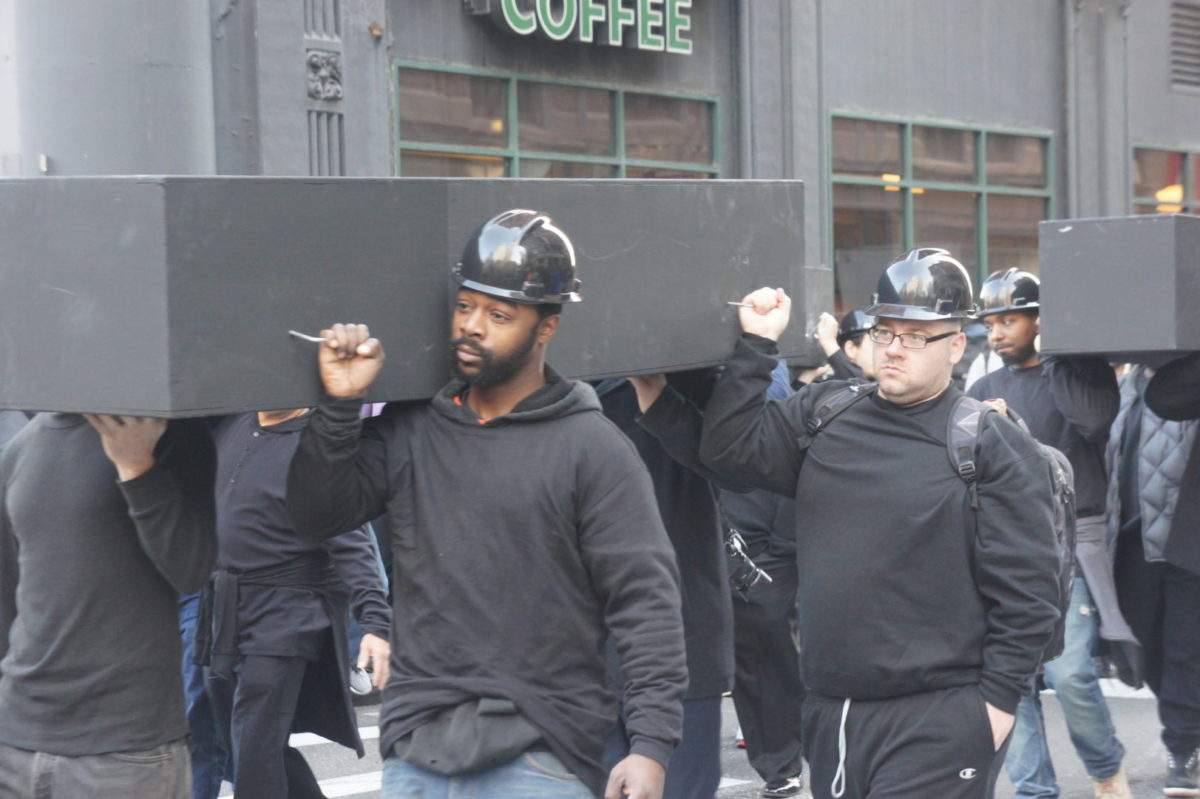 (NEW YORK CITY) - In the Fall of 2017, just before the New York City Council passed a new Construction Safety Bill requiring additional hours of safety training, then-Speaker Melissa Mark-Viverito said the legislative body was not going to sit around and watch Workers die - but, as time continues, the deaths are continuing to happen.

On May 18th, a Non-Union Construction Worker fell 30 feet to his death at a Madison Avenue job site near Grand Central Terminal.

Less than two weeks before, on May 8th, the New York City Council agreed to extend the compliance deadline for that Construction Safety Training Bill that was initially passed in 2017.

That original piece of legislation was introduced in response to the more than 40 New York City Construction Workers - the overwhelmingly majority of them Non-Union - who died on the job over a two-year period.

Union Construction Workers, because of their years-long Apprenticeships, are exempt from the new Safety Training Requirements.

In backing a new six-month extension to the original Construction Safety Training Bill passed two years ago, Public Advocate Jumaane Williams said that the additional period of time will more allow for more Workers to be trained.

“We did not anticipate everything that would happen,” Williams told reporters just before the six-month extension was approved earlier this month. “We’ve gotten reports of Workers actually getting fired instead being trained.”

According to Williams, New York City Department of Buildings Officials will know, just three months into the current extension, if another three months will be needed to get Workers adequately trained.

There is also the possibility that the extension period cold be expanded.

A spokesperson for Williams told LaborPress: “It’s unfortunate that an extension was necessary, but this measure - combined with other legislation that is expected to pass in the coming weeks - will help address the eroding culture of safety that has too often led to tragedy for the people who build our city.”

To Directly Access This Labor News Story, Go To: http://laborpress.org/extended-deadline-for-enhanced-construction-safety-training-called-unfortunate-but-necessary/