New York State Labor History: Looking Back At The 1946 General Strike Of Rochester Against The Sacking Of Hundreds Of Municipal Workers 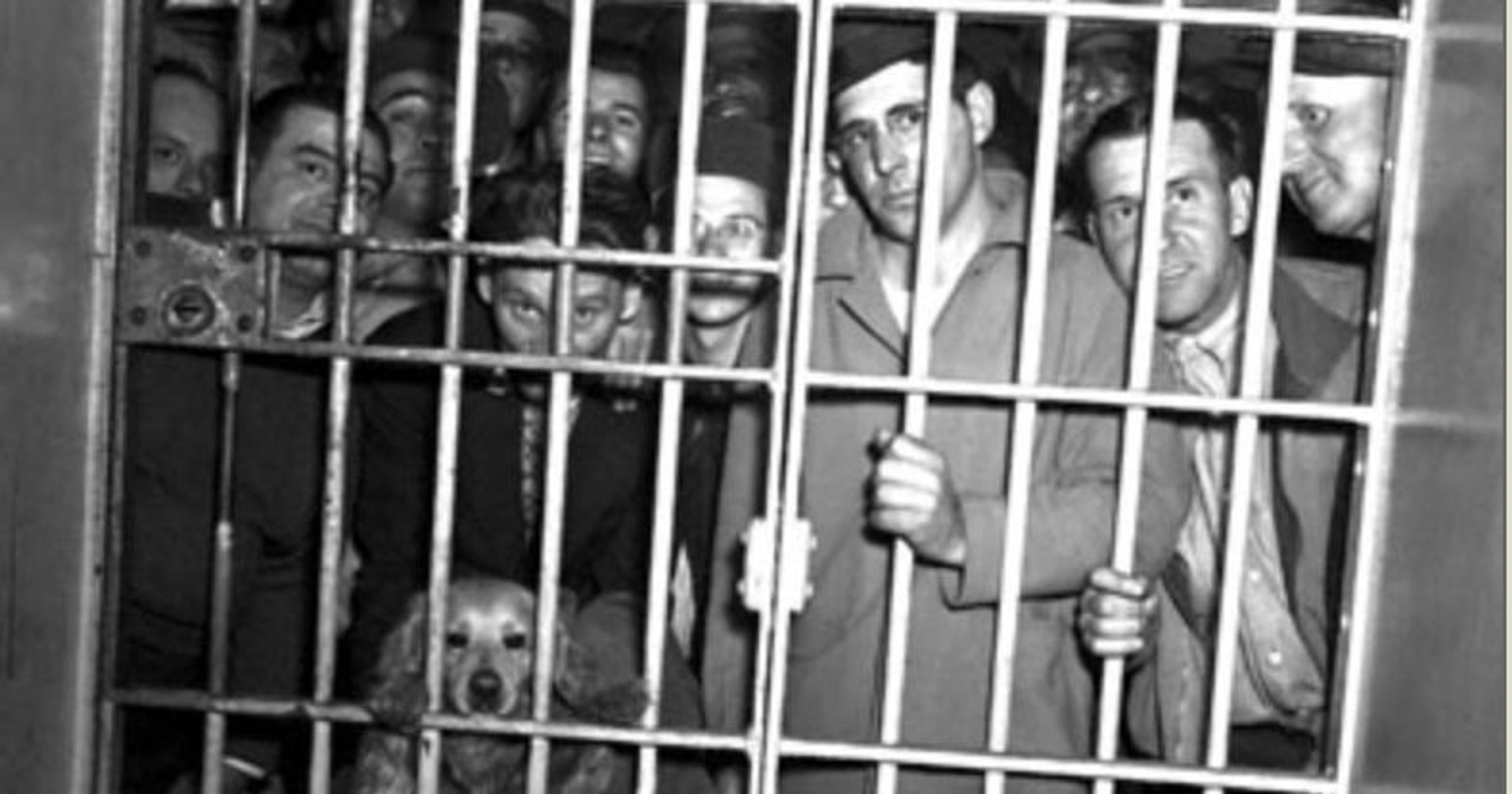 libcom.org Editor’s Note: Jonathan Garlock is a Rochester-based Labor Educator who has worked on publications such as the Rochester Labor History Map/Guide (2000), a video history and curriculum: Struggle in Smugtown: Rochester’s Workers, Radicals and Reformers (2002) and a book: All These Years of Effort: 150 Years of Rochester’s Central Labor Councils (2005).  A Writer and Labor Historian, Dr. Garlock serves on the Executive Board of the Rochester AFL-CIO Central Labor Council, chairing its Education Committee and coordinating Work-Based Curriculum Projects of the Rochester Education Alliance of Labor (REAL).

(ROCHESTER, NEW YORK) - By midnight on Wednesday, May 15th, l946, special messengers had delivered to the homes of 489 Rochester Municipal Workers copies of a letter from Public Works Commissioner August H. Wagener: This is to advise you that the position held by you in the Department of Public Works has been abolished by the City Manager and your services with the City of Rochester are terminated as of midnight, this date.  This action is the result of a change of policy deemed necessary to protect public interest.

This sudden action, ratified by a caucus of the Republican-dominated City Council, was explained to the public in a statement released by City Manager Louis B. Cartwright: It has become apparent that a number of City Employees are determined to persist in tactics that would lead not only to an exorbitant increase in the cost of important municipal services, but to a dangerous crippling of services vital to public health, safety and welfare.

What were the Worker tactics which Cartwright claimed threatened Rochester's very existence?

They had formed a Union! 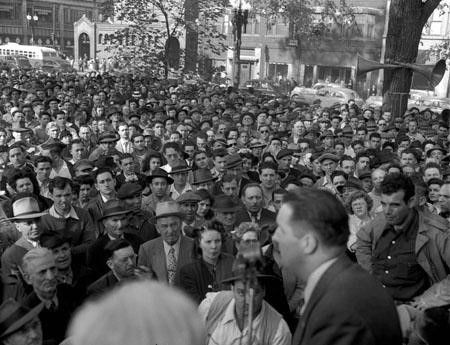 The Background: Some months earlier, at the invitation of the Organizing Committee of the AFL Central Trades and Labor Council, the Federation of State, County and Municipal Workers had dispatched Adrian L. Mitten to organize Rochester's City Workers.  On December 9th, l945 these workers held their first meeting.  Organizing progressed rapidly and in early May meetings were held by over 200 Water Department and Sewage Disposal Workers, School Board Employees, and City Junk and Cemetery Employees.

By May 10th they had formed FSCME Local 871 and elected Alphonse Rossi acting President.

The City's response was to abolish these Workers' jobs.

In an editorial titled “Fascism Rides High,” the AFL's Labor News commented “Cartwright's Gestapo sallied forth at midnight to tell 489 Workers they were fired for exercising their rights under a Democracy.  The heels of the 'dictator's' henchmen began to thump on the streets of Rochester.” 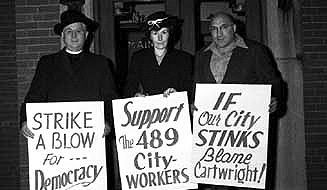 Labor's Reaction: On Thursday morning (May 16th), the local Carpenter's Hall was jammed with 500 City Employees protesting their dismissal.  Organizer Mitten addressed the meeting.  The Teamsters Joint Board, Teamsters Local 118 and other local AFL Officials pledged their support and Teamsters Local 398 sent telegrams to Local Independent Haulers warning that they would violate their Union Contracts if they tried to provide services to the City.  The Workers then paraded to City Hall to demand redress from the City Council, meeting in emergency session.  Although Local 871 President Rossi addressed the meeting the Council authorized advertising for bids from private contractors to repair and clear city streets.  Organized Labor saw the abolition of DPW jobs and the proposed private contracting as “a slap in the face” by Republican City Hall.

Meanwhile, City Manager Cartwright had directed his commissioners to review all city personnel, with a view to making work adjustments.

At the same time all city DPW equipment had been ordered off the streets and into the municipal garage at Dewey Avenue and Felix Street.

Police leaves had been cancelled and security was increased at the garage.

To Continue Reading This Labor News Story, Go To: https://libcom.org/history/1946-general-strike-rochester-new-york