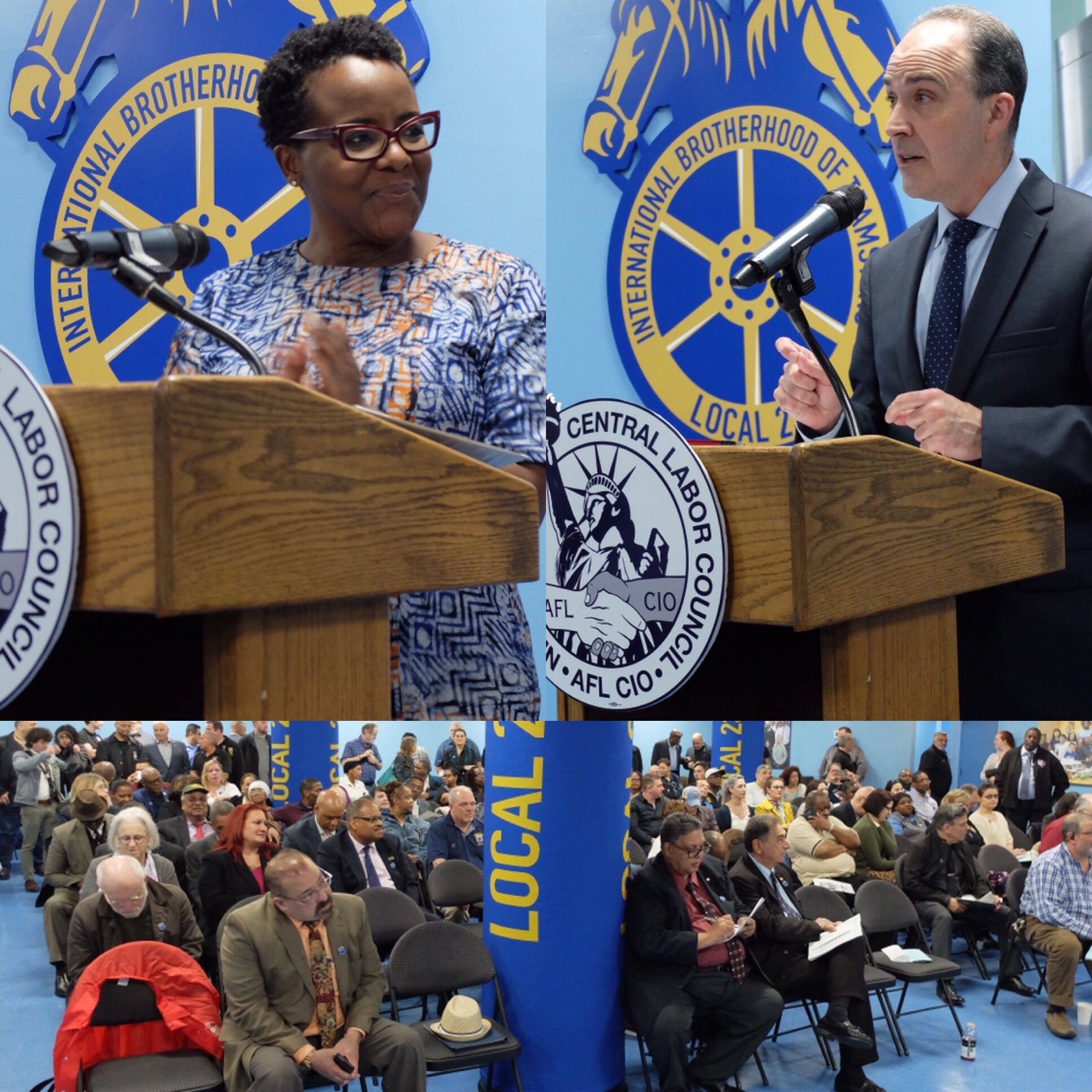 Alvarez and Hinds, the Labor Federation’s first Latino President and Black Secretary-Treasurer, respectively, have a combined 52 years in the Labor Movement.

President Alvarez, a Member of the International Brotherhood of Electrical Workers (IBEW) Local 3, worked in the electrical industry for 17 years before becoming a Staffer at the CLC and later the New York State AFL-CIO.

An Educator by trade, Secretary-Treasurer Hinds got her start in Labor as a Social Studies Teacher and has also worked for the New York State AFL-CIO.  Hinds is currently the United Federation of Teachers’ (UFT) Vice President of Academic High Schools.

Both were elected to the CLC for the first time in 2011.

The Delegates also elected the CLC’s 40-member Executive Board.

“Janella and I are both honored to have been re-elected to serve alongside the CLC’s dedicated Executive Board Members, who remind us each and every day of our mission to fight for all working New Yorkers,” Alvarez said. “We look forward to working with them and with all of our affiliate Unions over the coming year to address the many challenges and opportunities facing Working People today.”

Said National AFL-CIO President Richard Trumka: “Vinny and Janella are proven leaders whose years of dedicated service have made the New York City CLC a powerful force in improving the lives of Working People across the city.  New York City is ‘Union Strong’ and the leadership provided by the CLC is vital to bringing together diverse voices as we fight to uplift all Working Families.”