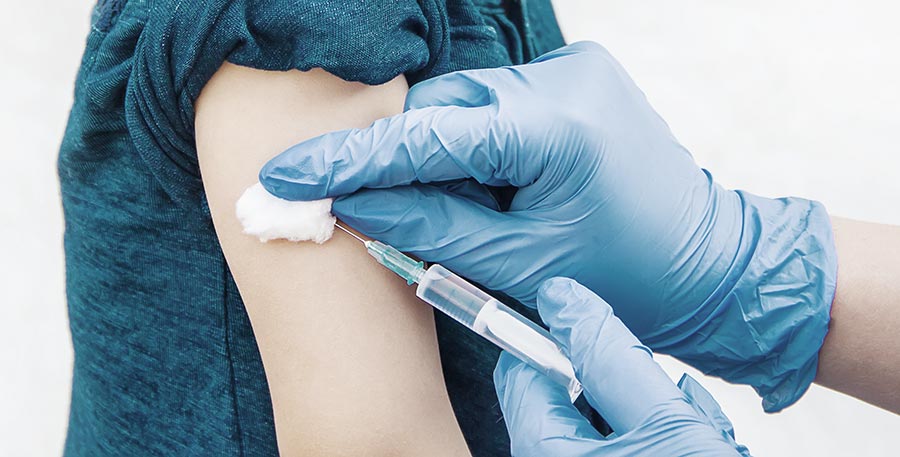 (ROCKLAND COUNTY, NEW YORK) - In the wake of the measles outbreak in Rockland County and the New York City area, Rockland County Public Employees have been busy setting up vaccination clinics, providing information to the public and posting notices in schools about the spread of the disease.

Members of the Rockland Association of Management (RAM), a Union of 176 Workers affiliated with the New York State United Teachers (NYSUT), have been working to help stop the spread of the disease in a region where 173 cases of measles were reported between December 2018 and April 10th.  Unvaccinated students are not being allowed to attend school.

“We’re trying to tell people ‘what the danger is,’” said John Fella, President of RAM and Deputy Commissioner of Rockland County’s Department of Social Services. “Measles ‘can be dangerous for young children, for pregnant women, and for unborn children.’  ‘If children aren’t immunized, they can’t go to school during this outbreak’.”

Approximately 18,000 measles, mumps and rubella vaccines - also referred to as MMR vaccines - have been administered to individuals throughout the county, Fella said.

The county also has set up free clinics through its Department of Health, which has 27 RAM Members among 200 employees.

The Communicable Disease Team is the unit within the Health Department charged with handling this outbreak.

“We recognize there are different thoughts about vaccination, ‘but clearly this is for the greater good of the community’,” Fella said. “Since the outbreak of measles in the county, the Department of Health has ‘aggressively reached out to educate the public regarding the symptoms of measles and encouraging immunization’ of children between the ages of 1-6.”

The County Employees have been joined in combatting the measles outbreak by School and Hospital Health Care Professionals who are caring for patients with measles and are striving to continue to educate the public.

Nationwide, the Center for Disease Control reports 465 cases of measles this year.

The heaviest hit areas are in New York.

The last outbreak of measles was in 2000.

To Continue Reading This Labor News Report, Which Also Provides An Update, Go To: www.nysut.org/news/2019/april/rockland-county-employees-work-to-stop-spread-of-measles