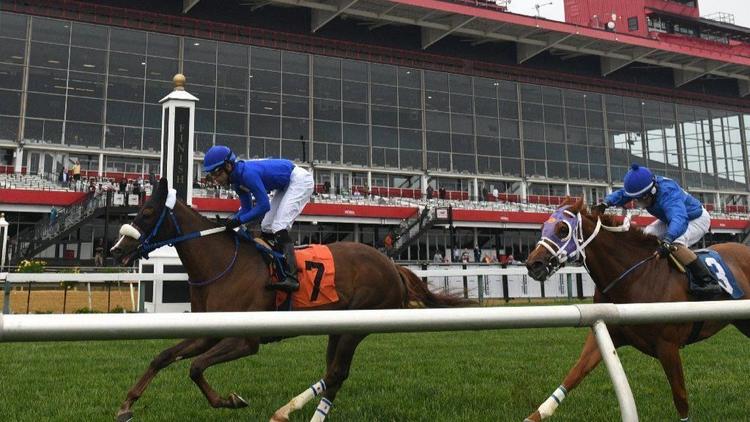 (BALTIMORE, MARYLAND) - With just days left before the horse racing world turns its eyes on the Pimlico Race Course for the Preakness Stakes weekend, Unionized Employees at the Baltimore track averted a threatened Strike by approving a contract with the Maryland Jockey Club that provides their first pay raise in more than a decade.

About 90% of the Workers who are represented by United Food & Commercial Workers (UFCW) Local 27 voted to ratify a Labor Agreement with the Jockey Club that will increase pay for the next two years and provide retroactive raises dating to January 1st, 2018 - when the previous contract expired, Union Officials said.

Chorpenning credited the “tenacity of the Union Membership for this success” and thanked the Jockey Club for the agreement.

A Jockey Club official could not be reached for comment, but the company said it hoped the Union would approve the deal.

The vote to approve a new contract for the Union’s 149 Members at Pimlico, Laurel Park and at Jockey Club operations in Timonium and Bowie came a week after Employees rejected the company’s previous offer and voted to approve a Strike before Black Eyed Susan day kicked off Preakness weekend on Friday.

A Strike by the UFCW - which represents Betting Window Tellers, Parking Lot Attendants, Starting Gate Workers, Security Officers, Jockey Valets and others - could have hurt the track’s ability to handle the millions of dollars that nearly 200,000 spectators will wager and spend at the Preakness and Black-Eyed Susan Day.

UFCW Officials started negotiations asking for 3% wage increases each year over three years. The company’s offer worked out to about 3.03% over three years.  In addition to better health and other benefits, the new contract will increase paychecks beginning June 1st by between 3% and 5.72% depending on job classifications, Union Officials said.  Additional 1.5% increases will kick in on January 1st, 2020 and on January 1st, 2021.  And, Employees will receive checks next month for retroactive increases to their 2018 pay.

To Continue Reading This Labor News Report, Go To: www.baltimoresun.com/sports/horse-racing/preakness/bs-md-pimlico-union-contract-20190514-story.html