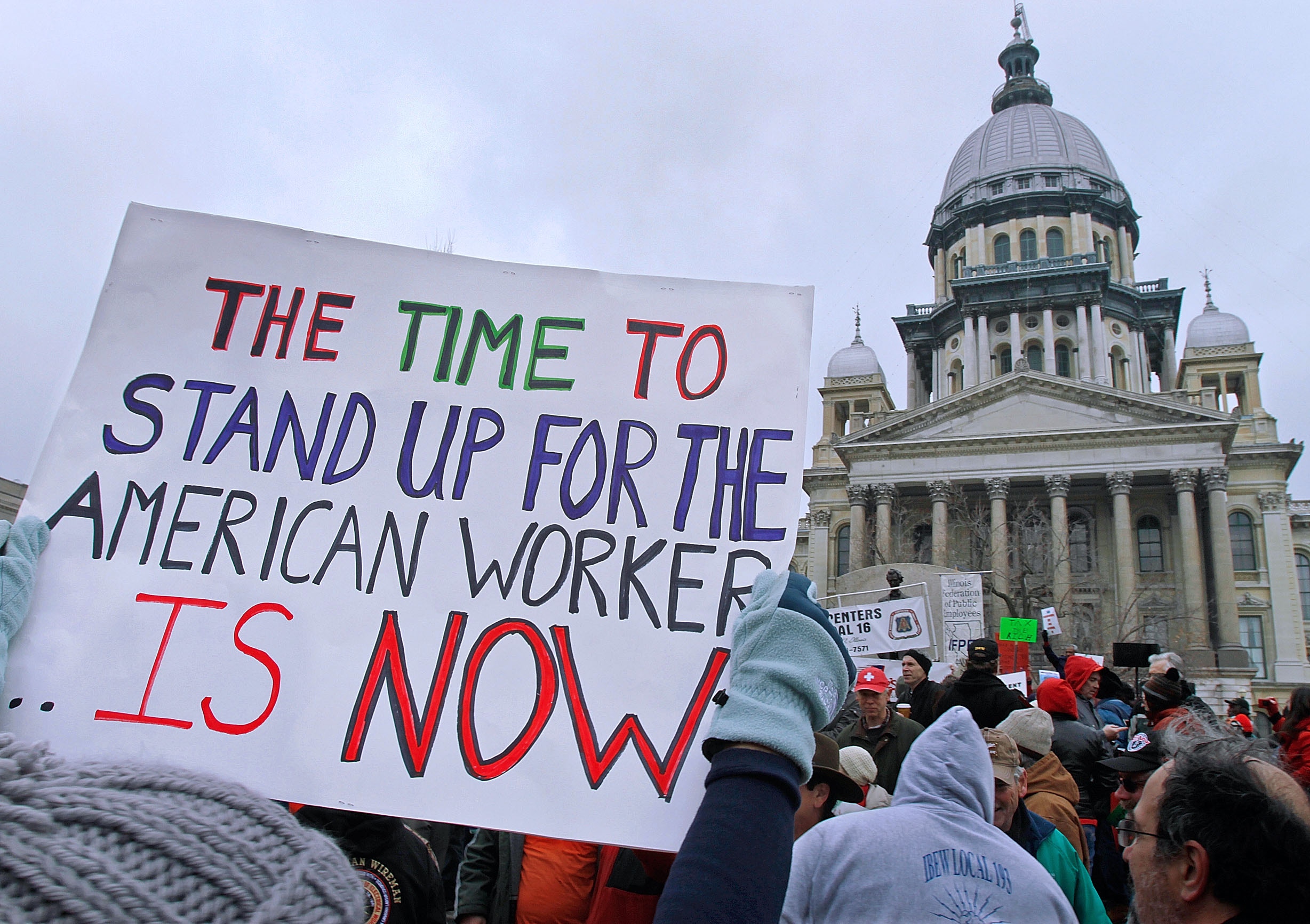 (SACRAMENTO, CALIFORNIA) - Five States - California, Connecticut, Massachusetts, Oregon and Washington - have joined forces to try and block a new rule from the Trump Administration that they say weakens Labor Unions and their ability to collectively bargain for wages and benefits.

California Attorney General Xavier Becerra, a Democrat, announced the lawsuit on Monday (May 13th) with attorneys general in Washington, Connecticut, Massachusetts and Oregon.  The lawsuit seeks to block a rule finalized last week by the Centers for Medicaid & Medicare (CMMS) Services.  Becerra and Union Leaders say it would ban Home Health Care Workers paid by Medicaid from automatically deducting their Union Dues and Health Insurance Premiums from their paychecks.

In 2014, the U.S. Supreme Court ruled Union Dues for Home Health Care Workers had to be voluntary, meaning Unions could not deduct dues from Employees who were not Members, yet were still covered under the Collective Bargaining Agreement.

The administration of Republican President Donald Trump reversed that rule, arguing it violated Federal Law that bans States from diverting Medicaid money to third parties, with some exceptions - but Becerra and Union Leaders said it is designed to weaken the finances of Unions by making it harder for people to pay their dues.

“It is a shameful political attack on Home Care Providers who are largely women and People of Color,” said April Verette, who serves as the President of Service Employees International Union (SEIU) Local 2015 - which represents more than 385,000 Long Term Care Workers in California.

Home Health Care Workers are part of Medicaid’s In-Home Supportive Services (IHSS) Program.  California has the largest IHSS program in the country, with more than 500,000 patients and more than 470,000 Workers.

Becerra noted California and other States could get around this new rule by declining to accept Medicaid dollars for the In-Home Supportive Services program, but Becerra noted for California that would mean forfeiting $6.5 billion in Federal tax dollars.

“That is not an option in California,” Becerra said. “We have a responsibility to these Workers and to the people they care for to fight back when their rights and their health care are at stake.”

To Directly Access This Labor News Report, Go To: www.mercedsunstar.com/news/article230350669.html