Americans Are Working Harder These Days, So Why Dont Their Paychecks Show It? 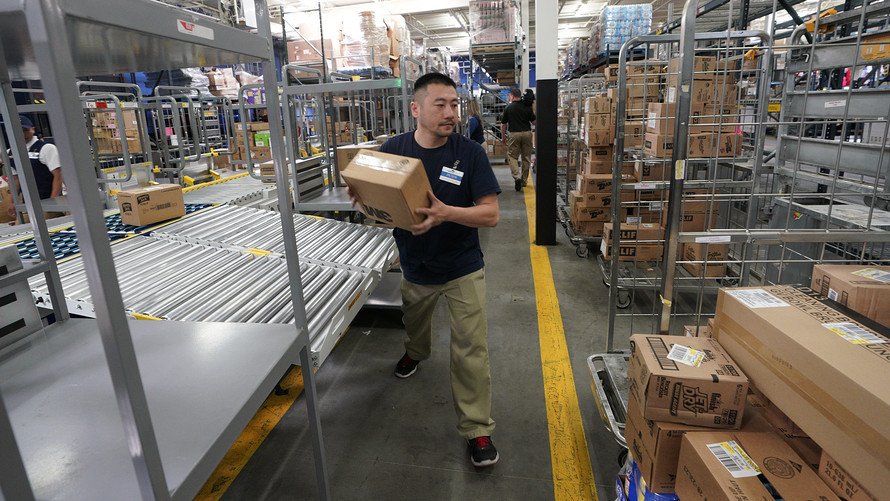 (WASHINGTON, D.C.) - Americans are working harder these days, but it’s not paying off like it used to.  In the first three months of 2019, Employees got so much more work done that they smashed productivity forecasts.

Labor productivity in the Non-Farm Business Sector (the biggest part of the U.S. Economy) grew 2.4% compared to the same period last year, according to new estimates from the U.S. Department of Labor.  That’s the highest jump in nearly a decade and is slightly above the average quarterly growth rate for most of the post-World War II period.

Under a different measure, which compares annual growth to the previous quarter, productivity grew 3.6%, the highest in at least four years.

Business investment in technology is certainly making Workers more efficient, but that doesn’t explain such a jump in productivity at a time when capital spending growth is falling.

What these numbers do tell us: Engineers, Bartenders, Supermarket Cashiers and other Private Sector Employees are working harder than they have in the past few years.

While productivity fluctuates each quarter, no matter how you measure it, it has been steadily rising overall since 2016.  That’s great for businesses (they earn more money), and for the economy (GDP grows faster), but the problem is that companies aren’t rewarding their Employees for their extra hard work.

Business Employees and Factory Workers were more productive, worked longer hours and produced more goods and services than they did last year - but their real hourly wages, which are adjusted for inflation, barely inched up.

And, real hourly pay for Factory Workers actually fell during that time.

This is not the way the economy is supposed to work.

Paychecks are supposed to grow faster when productivity rises this fast and unemployment falls this low.

It’s the theory that businesses will pay Employees more when they produce more and that they’re willing to pay higher wages when it’s harder to find Employees - but that’s not happening.

And few economists seem interested in the underlying reason why families are struggling: American companies are simply stingier than ever.

The latest productivity data is more evidence of that.

Economists have been fretting about the so-called “wage puzzle” during the current economic expansion.  It’s been hard for them to explain why wages haven’t been growing as fast as they did in the 1990s, when unemployment was also super low.

There are lots of theories.

One reasonable view is that productivity isn’t rising much either.

To Continue Reading This Labor News Story, Go To: www.vox.com/2019/5/3/18526788/worker-productivity-spikes?fbclid=IwAR2Ipuo02VGK-I49RlI8O4jtHGr7uE4c_Id5AwBV3GFD2yELrSDGnjCk-DI