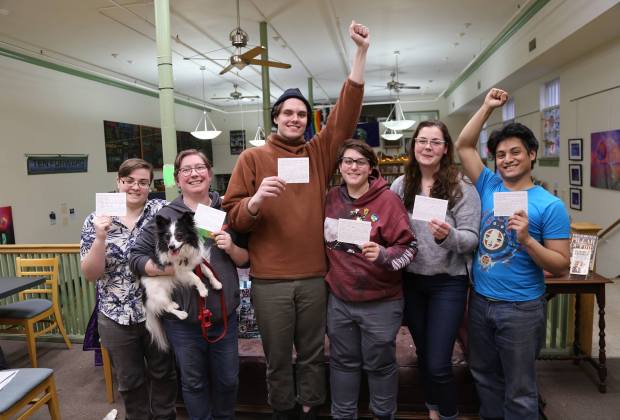 (ITHACA, NEW YORK) - A group of Workers at Ithaca Coffee Company (ICC) announced Friday (May 10th) they’ve submitted an Unfair Labor Practices (ULP) Charge to the National Labor Relations Board (NLRB), alleging management has interfered with their right to form a Union.

Workers notified ICC owner Julie Crowley of their intent to form a Union in mid-April and publicly announced a Unionization Campaign on Social Media on April 19th.

A press release circulated by Organizing Committee Members and the Tompkins County Workers' Center alleges that after Workers announced the campaign, "ICC's Management immediately resorted to threatening Workers with retaliation, including the threat to close store locations if Employees voted to join a Union.  Pervasive intimidation discouraging Employees from discussing terms and conditions of employment with Pro-Union Workers has created an atmosphere of chilling fear in the workplace."

According to the NLRB, it is an ULP "to interfere with, restrain or coerce Employees in the exercise of the rights guaranteed in Section 7 (of the Act)," including by threatening Employees with adverse consequences for Unionizing, promising benefits to Employees who reject a Union, coercively questioning Employees about their involvement, or "convey(ing) the message that selecting a Union would be futile."

Crowley said in an interview with the Ithaca Voice that she does not know what the basis is for the charge of unfair Labor practices.

The Workers' Unionization Campaign is centered on a few key demands: Organizers are seeking a contract with a "Just Cause" Clause preventing arbitrary termination; as well as a schedule for wage increases.

Organizers are also pushing to have a voice in company decisions via a Bargaining Unit.

New York is an "At-Will" Employment State, according to the Department of Labor, which means: "Without a contract restricting termination, generally an employer has the right to discharge an Employee at any time for any, or no, reason, providing it is not an act of illegal retaliation or discrimination."

ICC's counterparts at Gimme! Coffee were able to secure a contract with a "Just Cause" Clause following their successful Unionization Campaign in 2018.

To Continue Reading This Labor News Story, Go To: https://ithacavoice.com/2019/05/ithaca-coffee-company-workers-ramp-up-unionization-campaign-with-nlrb-charge/?fbclid=IwAR3f-lqNGPG-h4NlICxMTs3zC6kkwSr5bjiQnJIruduhOSlgmA8BrROXbSE