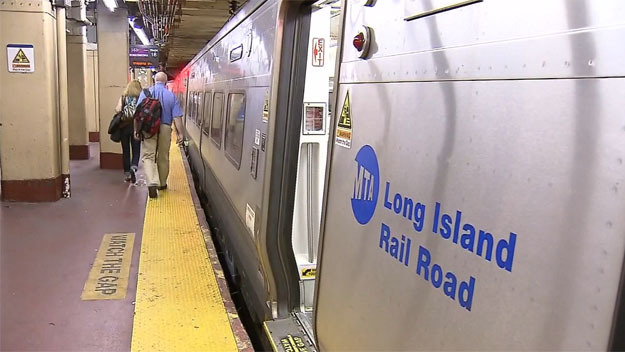 (MINEOLA, LONG ISLAND) – ABC 7 Eyewitness News has learned that hundreds of Unionized Workers on the Long Island Rail Road (LIRR) refused to work overtime shifts Friday (May 10th) throughout the weekend in response to the Metropolitan Transportation Authority’s (MTA) crackdown on overtime.  As a result, it could force the cancellation of a broad array of projects and repairs for several days.

Privately, Workers are seething over the agency's decision to post MTA Police Officers at worksites to monitor attendance and they resent being blamed for skyrocketing overtime costs for projects the agency has fast-tracked.

"Governor (Andrew) Cuomo commissioned all these projects, gave us a timetable, we're getting them done, and now, MTA is ‘blaming us,’" said one Worker, who asked not to be identified.

Sources say weekend track work, signal and railroad crossing upgrades, as well as work on several of the railroad's biggest capital projects could effectively cease if enough Workers refuse to show up.

Anthony Simon, the General Chairman of the Sheet Metal, Air, Rail and Transportation (SMART) Workers Transportation Division - the Union that represents LIRR Conductors, Track Workers and Repairmen, says Union Officials have discouraged any form of job action, "but the Workers are frustrated."

"It's the Members, ‘themselves,’" Simon told Eyewitness News. "They're ‘upset,’ they're ‘anxious.’  They ‘feel they're damned if they do and damned if they don't.’  ‘We're doing the projects, and it takes overtime to do them.’"

An analysis of overtime costs released last month by researchers at the Empire Center revealed that overtime for the MTA's Hourly Employees is up 30%, accounting for nine of the MTA's top 10 earners.  The agency's highest paid Worker was a Chief Measurement Operator who made $462,000 on a base salary of $117,000.

To Directly Access This Labor News Story, Go To: https://abc7ny.com/traffic/lirr-railworkers-refusing-ot-shifts-in-unsanctioned-job-action/5294523/?fbclid=IwAR1aQqaRaCSRLLusUVCoe-HtzDkd_u3X1QCORXdec_ibH2EL9Za5NLQUIrk