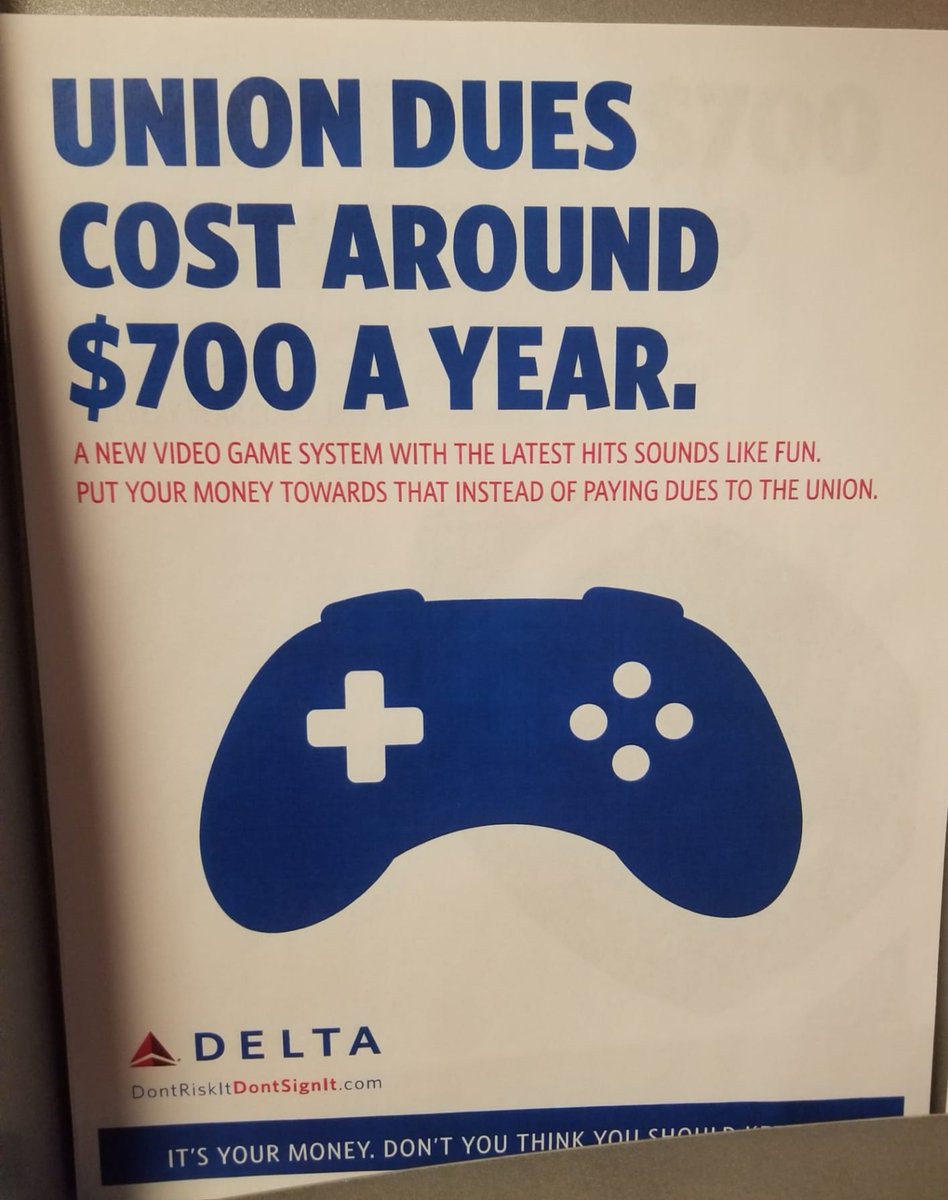 For the past few years, Delta Air Lines Employees have been trying to form a Union.

While the Airlines Pilots and Dispatchers are represented by their own Union, other Employees do not have such representation.

According to one Unionization Campaign for Delta’s Ramp Workers, the airline puts a cap on the number of hours Part-Time Employees can work, as well as provides expensive and inadequate health insurance.

And, Delta has gone to great lengths to hinder the Unionization effort.

The Unionization Campaign has been going on for a while and the airline has responded in some bizarre ways.

Last year, Splinter wrote about Delta’s questionable Anti-Union propaganda, which includes a website called Don’t Risk It. Don’t Sign It - the “it” being a Union Card and posters claiming the Unions are run by rich fat cats raking in dough from poor Unionized Employees.

Now Delta is at it again, this time with a new and even more patronizing poster:

The message is clear: Why join a Union when you can just buy a video game console instead?

While the people who helped craft that message may have thought they made something pithy and memorable, the result wasn’t quite that.

Instead, Delta comes off more like a rich grandfather explaining to his grandchildren that they should be happy with the Applebee’s gift card he set aside for them in his will.

While business is booming, the airline is taking great pains to ensure that those making an average of $14.31/hour don’t seek out Worker Protections or the ability to get better and comprehensive compensation. 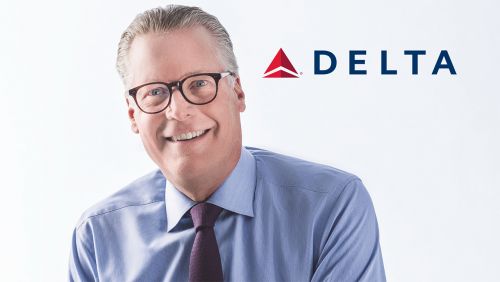 With this latest tone-deaf poster, Delta seems to be telling Employees that they should use their hard-earned money to buy mindless entertainment that will help them forget they are being under-compensated and undervalued.

For now, let’s hope Delta Employees are able to get both a Union and a new gaming system.

To Access This Labor News Story Directly, Go To: www.fastcompany.com/90347094/delta-air-lines-compares-union-dues-to-video-games-in-offensive-poster?fbclid=IwAR1lSusFz53MJ52wZx7dj_Ul__5CtI8jzOO7oaKWHCDbNus37Qwbp7SH0_I