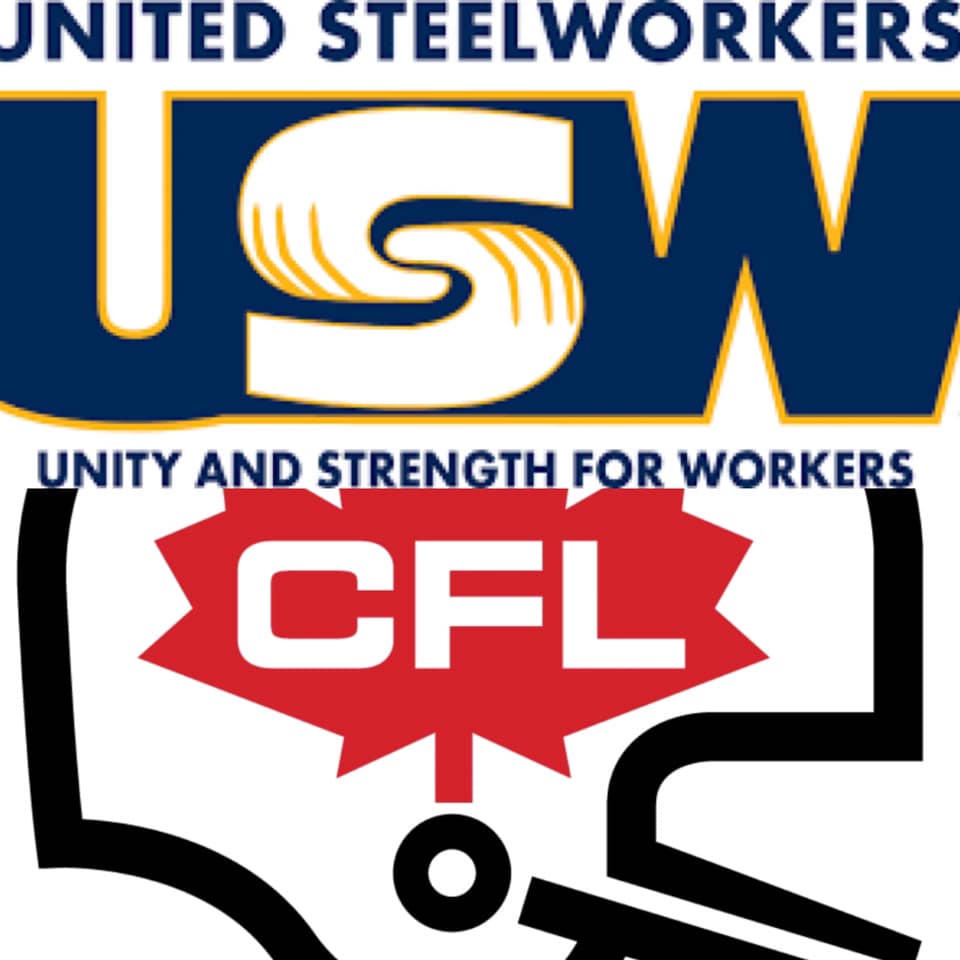 (TORONTO, ONTARIO/CANADA) - The organization representing Professional Canadian Football Players is welcoming a new alliance in the midst of their most recent round of bargaining with the Canadian Football League (CFL).

The Canadian Football League Players Association (CFLPA) and the United Steelworkers of Canada, North America’s largest Private Sector Union, recently signed a “Strategic Alliance” Agreement promising mutual benefits to both parties.  But it’s not a merger and the two Workers’ Organizations retain their independence.  Representatives say it “marks a concerted effort by the organizations to help each other achieve their goals.”

The CFLPA’s most recent round of bargaining is being conducted in Toronto.  The Steelworkers’ National Director for Canada, Ken Neumann, has already met with the CFLPA Bargaining Committee to mark the beginning of the strategic alliance.

In an interview, Neumann said the agreement had just been signed and it’s yet to be determined exactly how the organizations will help each other.  It could include sharing educational resources and using the name recognition of each brand to help amplify the other’s goals.

Neumann said the Steelworkers have had a similar alliance with the ACTRA, the Cinema, Television and Radio Artists Union, since 2005.

“They ‘take advantage of our name recognition, and our Membership is very enthused about having Actors,’” at Union Meetings and events, Neumann said.

The signatories come from different worlds.

Professional Players’ Associations are unique Worker’s Organizations, since they tend to represent all players in one league while leaving salaries up to individual negotiation.

A traditional Trade Union, the Steelworkers represent Workers from a wide variety of sectors, including steel, forestry, universities and railways.

Nathaniel Grow, a Sports Law Professor at Indiana University, said in a previous interview that Players’ Associations address “how much control the employer tends to have over their Players, including pay period, salaries, regularity of pay, provision of travels and supplies.”

The Steelworkers aren’t new to sports.

“For ‘close to a decade, we’ve partnered with the National College Players Association in the U.S.,’” Neumann said.

Canada’s Rugby Sevens Team last year voted to form a Bargaining Unit with the Steelworkers in British Columbia, where the team is based.

Rugby Canada has challenged their certification with the Labor Relations Board, claiming they aren’t Employees.

Neumann said the alliance with the CFLPA isn’t directly related to those efforts, but the Union firmly believes the Rugby Players have a right to organize.

To Directly Access This Labor News Story, Go To: www.thestar.com/news/canada/2019/05/07/cfl-players-association-forms-alliance-with-steelworkers-union.html?fbclid=IwAR3Qji4fzXkrCn12nSHr3By9MWQw3hiVojA_vwoAaWpu2EBgpRVCkvA2iv4