Published Wednesday, May 8, 2019
by AFSCME Staff 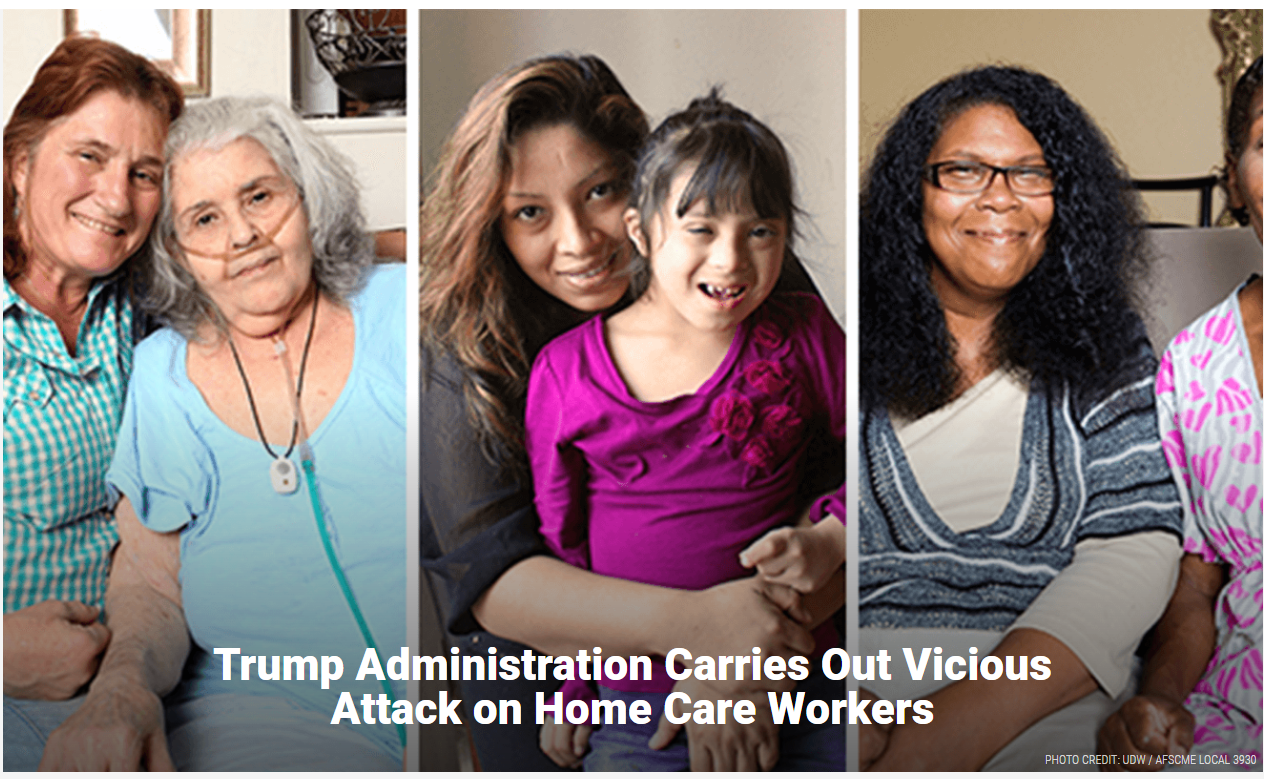 Unlike most professions, Home Care Workers do their work in isolation from other Workers.

Often underappreciated, they take care of the most vulnerable among us, with long hours and little pay.

Because they work alone, with only their clients, Home Care Workers rely on joining together in Unions to ensure they have a voice.

But the Trump Administration’s Centers for Medicare & Medicaid Services (CMS) has just released a rule that strikes a severe blow to Home Care Workers and their ability to negotiate together.

Because Medicaid funds much of the work Home Care Workers do, this will stop many Home Care Workers from having Union Dues deducted from their paychecks, adding an extra step for those who want to maintain their Union Membership in good standing.

It will also jeopardize their ability to access Union Benefits - such as life insurance, auto and travel discounts, and essential legal and advocacy services.

Make no mistake: the goal of this rule is to make it more difficult for Home Care Workers, who are overworked in stressful jobs, to join together and speak with a powerful voice.

But this broad rule won’t only affect the ability of Home Care Workers to join Unions.

These Workers, who spend long days and nights taking care of people with physical and developmental disabilities, will now need to put extra effort into getting and maintaining their own health care coverage.

“This ‘Anti-Worker Administration is attacking their right to organize and enjoy basic benefits afforded to other Workers, such as health and dental insurance, which will hurt them and the people they care for,’” AFSCME President Lee Saunders said. “This is a ‘vicious, outrageous attack against their freedoms.’”

“The ‘thinly-veiled motive in this rule change is to defund’ Home Care Unions,” said Doug Moore, the Executive Director of the United Domestic Workers of America, which represents more than 110,000 California Home Care Workers. “But ‘in their zeal to destroy a political adversary, this administration is endangering the lives of millions of people.’”

To Directly Access This Labor News Report, Go To: https://www.afscme.org/now/trump-administration-carries-out-vicious-attack-on-home-care-workers