Ruling Without Explanation, The NLRB Grants VWs Request For A Stay On A Unionization Vote At Its Chattanooga Car Plant - UAW Calls Decision A Travesty 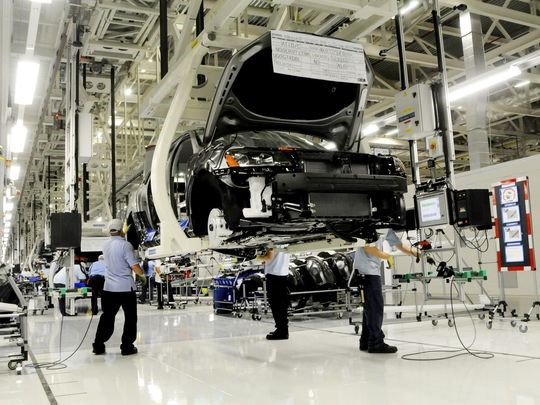 (CHATTANOOGA, TENNESSEE) – Without explaining its decision, the National Labor Relations Board (NLRB) has granted Volkswagen's (VW) request for a stay on a Unionization Vote at its Chattanooga car plant.  The United Auto Workers (UAW), which expected a vote to be scheduled within weeks by the NLRB, called the decision “a travesty.”

Scheduling the vote has been complicated by the 2015 formation of UAW Local 42, which represents 162 Skilled Trade Workers who voted for Unionization.  VW and the UAW disagree on whether the Local Chapter can also represent Production Workers.  Volkswagen urged the NLRB to sort through that question before going ahead with a vote to Unionize the entire plant.

Republican NLRB Chairman John Ring and GOP Board Member Marvin Kaplan agreed to stay the vote, while Lauren McFerran - the Board’s sole Democrat, supported a vote and asserted VW “has not established that such extraordinary relief is necessary,” Bloomberg News reported.

"Chattanooga Workers ‘wanted the right to vote,’" UAW spokesman Brian Rothenberg said. "They ‘just want to vote and have the same workplace bargaining rights as every VW Worker in the world.’  ‘Why can't they just vote?'’

The UAW released the following statement: After insisting for the last four years that they would only agree to a vote of all Production and Maintenance Workers, Volkswagen has now blocked just such a vote.  VW's manipulation of the NLRB process to halt a vote of its Workers is a travesty.  Free, Democratic Elections are a cornerstone of American life, whether it’s the PTA or President of the United States.  After all these years, why in the world is it okay to deny Chattanooga Workers their vote of yes or no?   Volkswagen’s actions in this matter are the definition of duplicity.  In the wake of the recent Dieselgate scandal, it is shocking that Volkswagen continues to employ such a strategy.  Chattanooga Workers have a simple message to the politicians and political appointees in Washington D.C. and the Volkswagen corporate brass: Let us vote!

The NLRB ruling came on the heels of Tennessee Governor Bill Lee's speech to VW Chattanooga Workers praising a Union-Free Shop at his family's fabricating business in Middle Tennessee.

It has plans to add 1,000 Workers to staff-proposed production of a battery-powered electric vehicle.

For More On This Labor News Story, Go To: www.commercialappeal.com/story/money/cars/2019/05/03/nlrb-stays-uaw-unionization-vote-vw-chattanooga-volkswagen/1094522001/