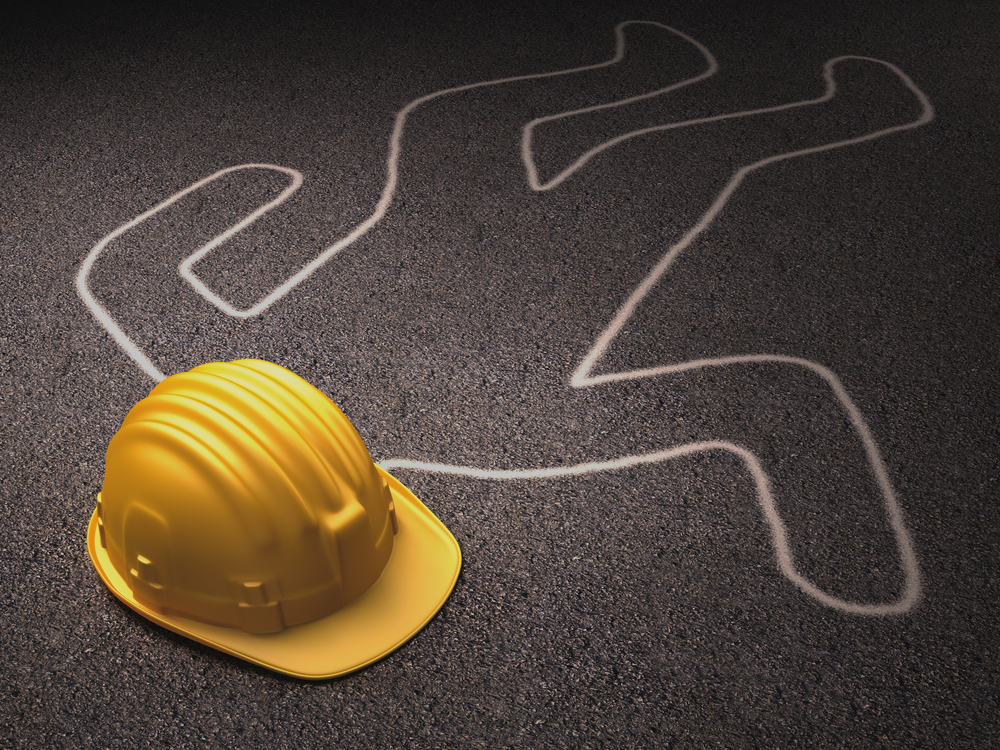 (NEW YORK CITY) – Construction has become the deadliest job in New York City and statistics show accidents, injuries and deaths are on the rise.

CBS2’s Ali Bauman demanded answers from the City’s Buildings Department about how it’s protecting Construction Workers in the Big Apple.

“He ‘always tried his best in his life and in one second his life was gone, not fair, not fair,’” Gaby Otoya, a Construction Worker’s widow said.  Otoya lost her 66-year-old husband and father of their three sons in September.  He was working on an Upper East Side construction site.  “He was a foreman.  He ‘never had’ an accident.  ‘First time and he was gone,” she said.

“He was ‘still working because my baby brother goes to Yale so he wants to make sure he can pay it off,’” Otoya’s son, John, said.  “Only ‘two more years and he would’ve been done with it.’”

The family joined thousands recently in St. Patrick’s Cathedral to mourn the 16 workers who died in construction accidents this past year.

Construction has more work-related deaths than any other industry in New York City, according to the Bureau of Labor Statistics (BLS).

There’s been three this month alone, including one Worker crushed by a crane in SoHo, and another killed by falling debris on Manhattan’s East Side.

“The past several years ‘have been very busy, very robust construction market, but there shouldn’t be anywhere near this many fatalities,’” Greater New York City Building & Construction Trades Council President Gary LaBarbera said.

According to city data, work site deaths are up 33% compared to five years ago.

Work site injuries are up a staggering 221% in that same span.

“Some contractors ‘willing to underbid the job, take it lower and they look to cut corners everywhere they can and the first thing is to hire cheap labor,’” Bricklayer Jerry Gozdyra claimed.

“It’s ‘always been a dangerous profession, but deadlines and pressures from when you gotta get it done sometimes causes you to take risks.’  ‘If you’re given the time and proper equipment you have a better chance of working safely,’” Masonry Restoration Specialist Christine Azzoli said.

“Do you think the city is ‘building up too much, too fast that it’s coming at the cost of workers’ safety?,’” CBS2’s Ali Bauman asked Department of Buildings Deputy Commissioner of Enforcement Tim Hogan.

Replied Hogan: “I think ‘any’ major city ‘and especially those that have has older infrastructure, it’s necessary to replace a lot of those buildings and continue construction.’  ‘We’re putting pressure on contractors that they need to comply with safety regulations.’”

There are roughly 45,000 active construction sites in the city.

Hogan said a quarter of sites are not in compliance.

“We are checking to ‘make sure they have the training cards,’” Hogan added. “We are ‘catching counterfeit cards and we are issuing violations to the employers.’”

When Inspectors find Workers who have not been properly trained, the commissioner says the property owner, the contractor, and the Worker’s employer will all be fined $5,000 each.

To Directly Access This Labor News Story, Go To: https://newyork.cbslocal.com/2019/04/29/construction-worker-deaths-nyc/?fbclid=IwAR0mDnl_kd13gY5cj3-baYeVSy440amo7OLVzXgUGzyV8ysZDTISJ46Uw0I