Some Good Advice For Unions & Their Leadership: Philadelphia AFL-CIO Leader Urges Unions To Keep Their Powder Dry In Presidential Politics - For Now

Published Monday, May 6, 2019
by Chris Brennan/Philly.com 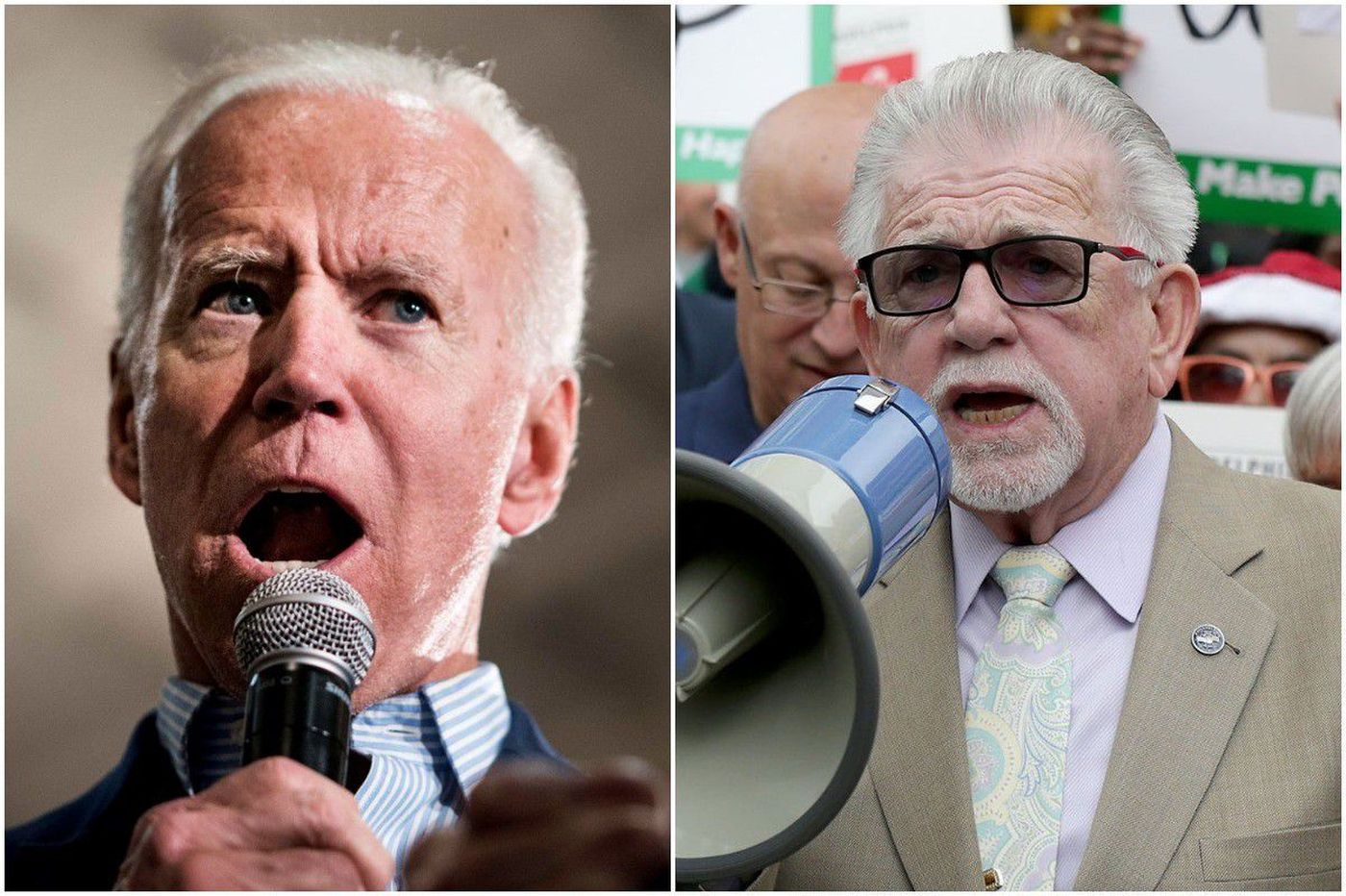 Eiding, a fan of Biden’s for years, called a breakfast meeting late last week, at which he told Leaders of about a third of the 100 Unions in his Labor Council that they should “keep their powder dry” in Presidential Politics.

“This ‘whole Joe Biden thing kind of disturbs me a little bit,’” Eiding (pictured above, on the right) said. “This is ‘no disrespect to’ Joe Biden.  ‘I think jumping out too soon will leave us in a position that’s too fragile.’”

Biden announced his bid on April 25th and came straight to Philadelphia for a fundraiser at the home of Comcast Senior Executive Vice President David L. Cohen.

Then Biden held a rally at a Pittsburgh Union Hall and picked up the endorsement of the International Association of Fire Fighters (IAFF).

Eiding wants to hear - in person - what Biden and the now 20 other Democratic candidates for President have to say about Labor Issues before endorsements start flying around.

He is planning a “Labor Summit” for the candidates in Philadelphia for the late Summer.

“Collectively, Unions ‘put in as much money as the big high-flying swells put in,’" Eiding said. “Between the money ‘and the feet on the street and all the work we do, Philadelphia is pretty important.’”

He has the support of former U.S. Representative Bob Brady, Chairman of the Philadelphia Democratic Party and an enthusiastic supporter of Biden.

Eiding said he might also invite to the summit Republicans challenging President Donald Trump’s bid for a second term.

Trump, however, is not welcome.

“We ‘can’t forget the fact that we have a guy in the White House that hasn’t done anything for Labor,’” Eiding said.

That’s a message he hopes to send to any of the nearly 200,000 Union Members in his Council who supported Trump in 2016.

“I ‘still think there’s some people being fooled by his message,’” Eiding said, adding that “too many” of his Members voted for Trump.

“More than we expected,” he said.

Precise data is hard to come by, but the Cooperative Congressional Election Study, carried out by a consortium of 99 universities, estimated that about 38% of Union Members nationally voted for Trump four years ago, based on its post-election polling.

To Continue Reading This Labor News Report, Go To: www.philly.com/news/presidential-politics-philadelphia-unions-aflcio-biden-trump-clinton-20190503.html?fbclid=IwAR0zDOdvd7Tdlyqy_LVJ7ZdXKZr6liHQsVU9Z221MfMj6pJoNpaIEhfmkcw