It's Because We Were Union Members: Employees Terminated By The Aircraft Maker Boeing In South Carolina Describe Their Firings As Part Of Companys Efforts To Stop Workers From Unionizing 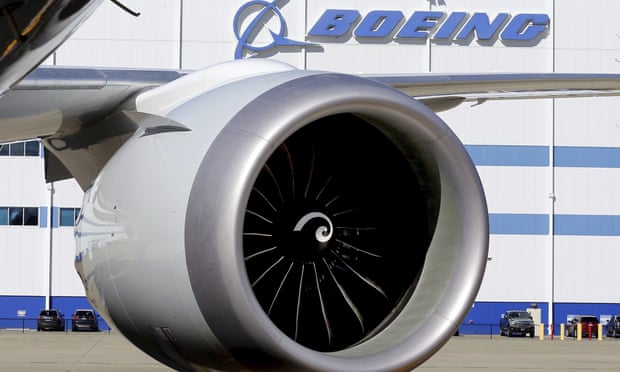 (CHARLESTON, SOUTH CAROLINA) - Richard Mester worked for Boeing in South Carolina as a Flight Safety Inspector for five years before being suddenly fired - along with two other Employees - in November 2018 for allegedly failing to report a bird strike.  However, the bad news also came shortly after the company was told Mester had been elected a Union Steward.

“I have thirty years’ experience as an engine guy, ‘so I was taken back by it because I don’t miss bird strikes,’” Mester told The Guardian.

An Air Force Veteran, Mester had just bought a house and had two daughters in college when he was terminated.  Mester and his colleagues have filed Unfair Labor Practice (ULP) Charges with the National Labor Relations Board (NLRB) alleging there was no bird strike at all, but rather that this is an excuse to fire Workers involved in Unionization efforts.  “It was ‘easy to see it was because we were’ Union Members.  Boeing ‘has no qualms about squashing any possibility of a Union down here.’  ‘Unfortunately we were the result of that,” he said.

Mester and his colleagues believe their plight is intrinsically linked to Boeing’s attempts to stifle Unionization of the workforce in its important South Carolina operations - a workplace that has become an important battleground for both America’s Labor Movement and the aircraft giant.

Boeing’s mere presence in South Carolina was already viewed as a Union-Busting move when the company first opened an aircraft production plant there in 2011 rather than Washington State, where Boeing had Unionized operations.

South Carolina has the lowest Union Membership Rate in the United States at just 2.7%.

The NLRB filed a Federal complaint against Boeing for the move, accusing the company of violating Federal Labor Law, before dropping it after the company came to an agreement with the International Association of Machinists and Aerospace Workers (IAM).

Since then, Boeing has fought to prevent Unionization efforts of their Workers in South Carolina.

In February 2017, Union Organizers came up short in attempting to Unionize about 3,000 Boeing Workers, but Organizers found success in May 2018, when over 60% of the nearly 200 Boeing Flight Line Workers in North Charleston, South Carolina, voted to form a Union, despite an aggressive Anti-Union Campaign led by Boeing - which included radio ad buys and attempts to delay and stop the election from occurring.

Boeing is formally appealing against the election results with the NLRB.

“This is ‘where the problems come in with U.S. Labor Law.’  Boeing has ‘a zillion options available to it,’” said Lee Adler, a Professor at Cornell University School of Industrial and Labor Relations. “All these things ‘get a chance to get litigated and it slows down the process.’  While the process ‘slows down,’ what happens at the plant site is ‘they start firing people knowing in a year or two they might have to pay them some wages for firing due to Union Activity, but it scares people and scares them enough to think maybe they did the wrong thing to vote for the Union.’”

As the NLRB reviews the appeals, the Union has accused Boeing of firing Workers for supporting the Union and spying on Workers who voted in the election.

To Continue Reading This Labor News Story, Go To: www.theguardian.com/us-news/2019/may/03/boeing-union-workers-fired-south-carolina?fbclid=IwAR2FSN6T9Ry-2ItQzkC9z3VJQoNKhweQExHepZ3SvZxzVNyIRAyxCKDWFh4