Published Sunday, May 5, 2019
by Brian McVicar/mlive.com 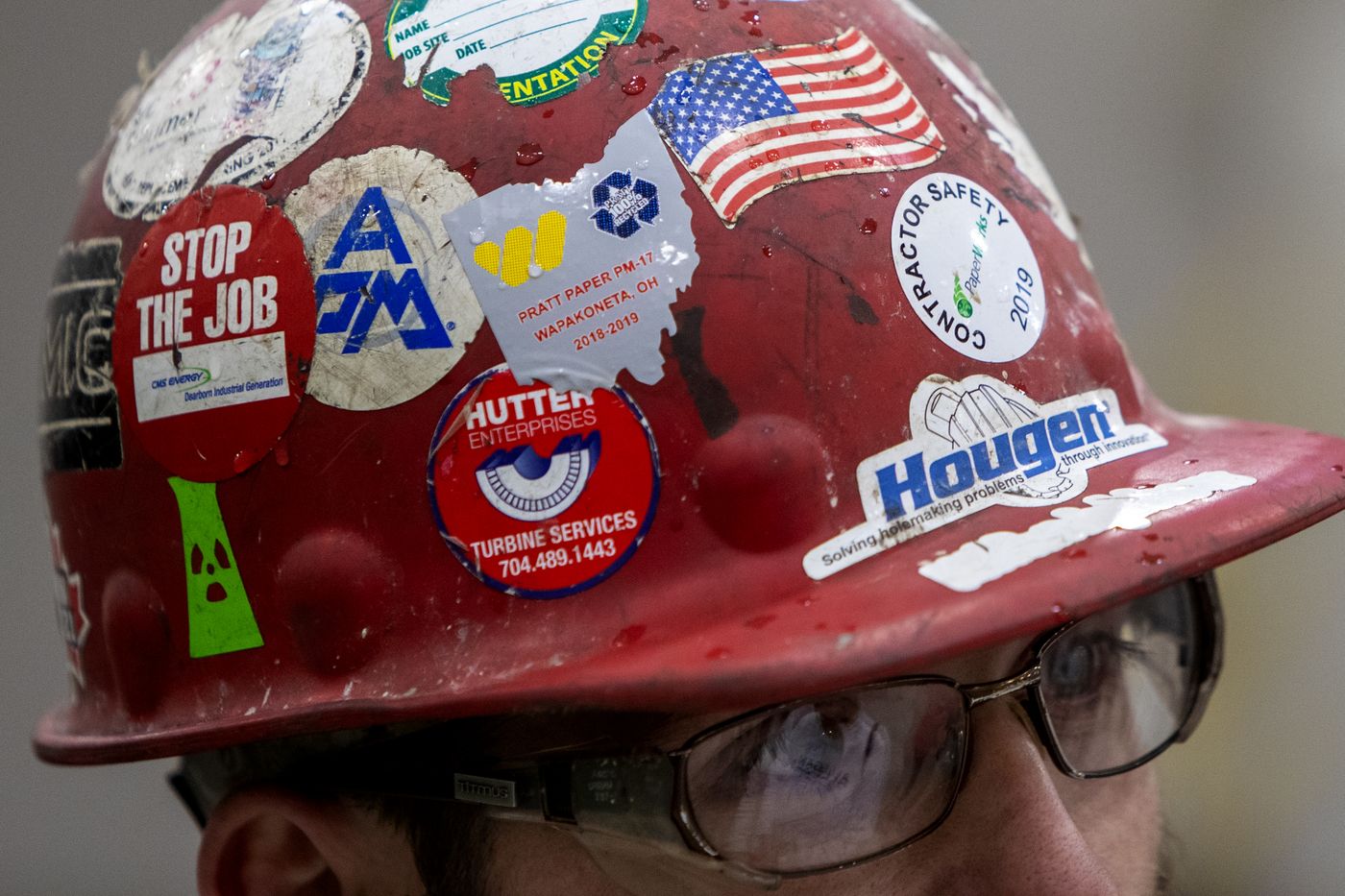 (WAYLAND, MICHIGAN) - Garrett Sample was searching for his next step after earning an Associate Degree from Mid-Michigan Community College (MRCC) in late 2016.  He found it at an Apprenticeship Program offered by the Michigan Regional Council of Carpenters and Millwrights Union.  Now, in his third year of a four-year Millwright Training Program, he spends most of his time in the field, maintaining and installing equipment for a variety of industries throughout the State.

“In college, ‘you’re paying to learn,’” said Sample, 25, who lives in Delta Township near Lansing and estimates he earns an hourly wage of $23 when he’s on the job. “But in this, the education, the books and everything, ‘is free and you get paid to go on jobs and learn the skills.’”

Stories of students like Sample were highlighted during a grand opening of a $15 million, 67,000-square-foot Training Center in Wayland for the MRCC’s Apprenticeship Program.

The event featured remarks from U.S. Senator Debbie Stabenow and Governor Gretchen Whitmer, who said the work happening at the training center helps ensure Michigan has a robust supply of skilled Workers.

“Right now in Michigan, ‘too few of our people have skills beyond high school - a post-secondary certificate or degree that translates into a skill that leads you to a good paying job,’” said Whitmer, who wants to boost the percentage of residents with a post-secondary credential to 60% by 2030. “What is ‘happening right here is critical to our State’s economy, to all of our future.’”

Tod Sandy, an MRCC Member who serves as Director of the training center, said the new Training Center was designed to help grow the Union’s Apprenticeship Program, which is certified by the U.S. Department of Labor.  As of now, about 300 people, ranging from recent high school graduates to middle-aged Workers, are receiving training at the Wayland facility in carpentry, millwrighting and flooring.  Sandy said the goal is double that number in three- to five-years.  “We have plenty of room,” he said. “Our building was designed for growth.”

MRCC says its Apprentices do not pay tuition and “get good wages, health care and pension benefits while they study and train.”

The new Training Center was funded by the Union and did not receive any public funding, said Mike Jackson, the Executive Secretary-Treasurer of the MRCC.  He said the building, which replaces two training centers in Allegan and Ingham counties, is the “largest investment” his Union has made in Michigan.  “There ‘is no better hands-on education for a Carpenter, Millwright or Floor-Layer anywhere,’” he said. “And ‘there’s no better time to join the Skilled Trades.’”

Officials also announced that MRCC was partnering with the Kalamazoo Promise Scholarship Program to offer training for Kalamazoo Public Schools Graduates at the facility.

“It’s ‘important that students be able to go into any pathway that suits them so they can find good jobs and careers and success in life, and this is one of them,’” said Von Washington Jr., the Executive Director of Community Relations for the Kalamazoo Promise. “The Skilled Trades ‘are extremely important.’”

To Directly Access This Labor News Story, Go To: www.mlive.com/news/grand-rapids/2019/04/new-15m-carpenter-millwright-training-building-aims-to-close-states-skills-gap.html