Published Thursday, May 2, 2019
by Joe Maniscalco/LaborPress.org 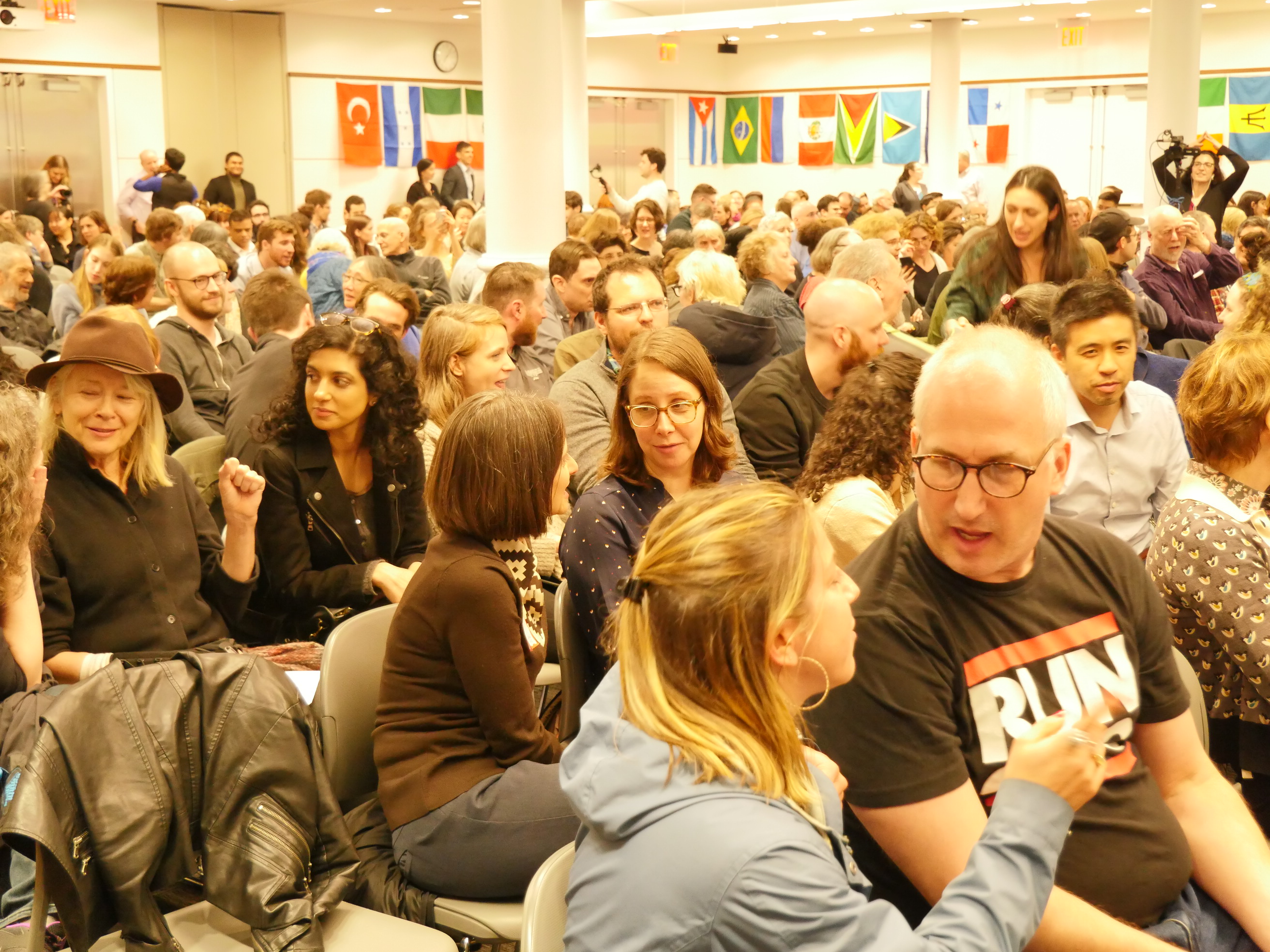 Earlier this month, the National AFL-CIO’s Climate Committee penned a letter to Green New Deal architects Congress Member Alexandria Ocasio-Cortez (D-New York) and Senator Edward Markey (D-Massachusetts) stating: “We will not accept proposals that could cause immediate harm to millions of our Members and their families.  We will not stand by and allow threats to our Members’ jobs and their families’ standard of living go unanswered.”

However, U.S. Congressman Jerrold Nadler (Democrat-New York), one of four representatives that included three New York Congresswomen - Carolyn Maloney (Democrat-New York), Nydia Velázquez (Democrat-New York) and Yvette Clarke - to participate in the Town Hall, appeared nonplussed when asked about what is being done to address the concerns of Working Men and Women who fear a Green New Deal will cost them jobs and income.

“You develop a program in which you can persuasively show them how they’re not going to lose jobs,” the Democratic powerbroker said before stepping onto an elevator. “How, in fact, the expenditure funds to do this transition is going to generate a lot of jobs.  That’s part of what the Green New Deal is about.”

Clarke acknowledged that activists advancing Green New Deal proposals introduced last February to head off the catastrophic effects of global warming “can’t do this Without Organized Labor.” - Yet they offered little on how that’s supposed to happen.

“I ‘think they have to be at the table in helping to shape this,’” Clarke told LaborPress. “Many of the professions that Workers have organized around are legacy occupations - pipelines, trucking - ‘things of that nature.’  We need to have them at the table working alongside the scientists and everyone else that looks at how we can convert those positions (and) those skills into Green Skills - and I think that will take away a lot of the anxiety and fear of the transition that’s going to take place.”

But the National AFL-CIO has already stated the Green New Deal is “far too short on specific solutions that speak to the jobs of our Members and the critical sectors of our economy.”

And if that weren’t enough, they added, the Green New Deal “is not rooted in an engineering-based approach and makes promises that are not achievable or realistic.”

Last Fall during at a climate change rally at Battery Park, International Brotherhood of Electrical Workers (IBEW) Local 3 Business Manager Chris Erikson voiced a willingness to fight climate change that many Labor Leaders have expressed - but he also added: “Our message ‘just can’t be - shut down the power plants.’  ‘It’s got to be: transition those power plants and good Union Jobs to good Green Jobs.’”

To Continue Reading This Labor News Story, Go To: http://laborpress.org/green-new-deal-town-hall-at-32bj-does-little-to-win-over-labor-skeptics/