San Francisco Threatens To Fire Any City Worker Who Strikes

Published Wednesday, May 1, 2019
by Joe Eskenazi/missionlocal.org 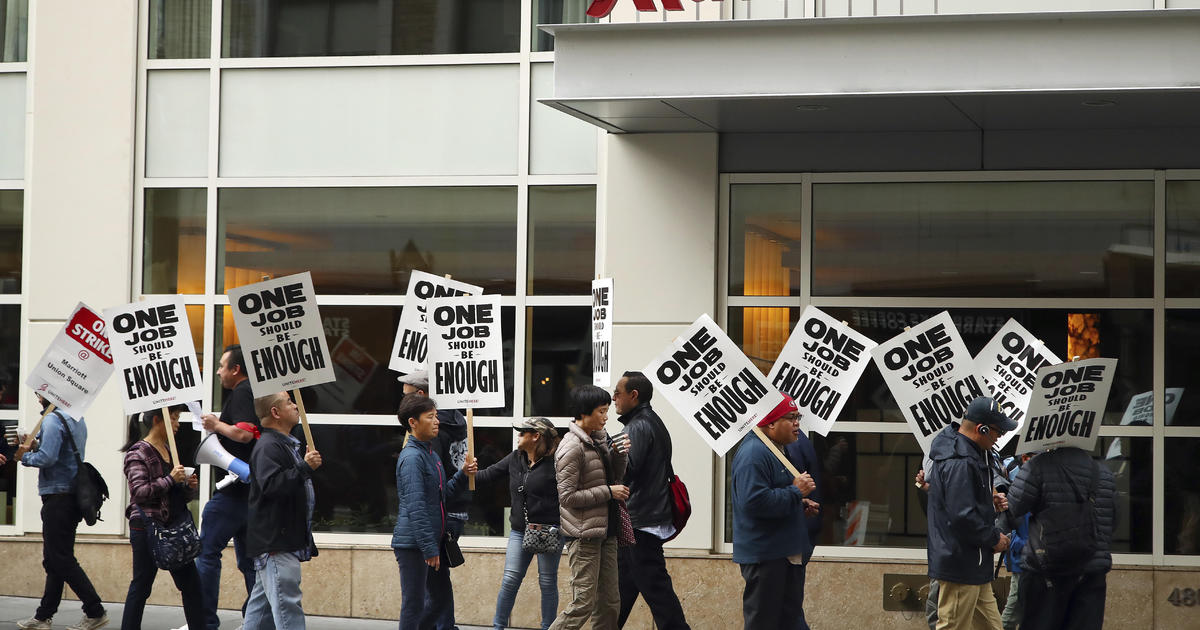 (SAN FRANCISCO, CALIFORNIA) - At this very moment, no matter what time of day “this very moment” is, there’s a halfway decent chance that representatives from San Francisco’s government and the more than two dozen separate Unions engaged in collective bargaining are sitting around a table, popping Diet Cokes and attempting to hammer out a deal.

Well, let’s not: One involves a series of rapidly shifting alliances between warring parties that have little faith in one-another, in an attempt to win security and exert dominance - all under the looming existential specter of malevolent outside forces attacking the realm.

The other is a TV show.

You don’t expect Labor-Management Bargaining Sessions to be Happy Happy Joy Joy time in this or any city, but times are ostensibly happy and joyous.

Contentiousness would be understandable during a recession, but we’re not in a recession.

Revenue has grown for 10 consecutive years, by an average rate of 6.1% - and, in that time, has just about doubled.

There was 12 times as much money oozing around the City’s General Fund at the end of 2018 as there was at the conclusion of 2010.

But nobody seems to be happy.

Maybe it’s just too much Diet Coke and cold pizza, but everyone your humble narrator spoke to involved in the Collective Bargaining Process is collectively ticked off.

In much of the world, when Labor and management reach an impasse, the threat of a Strike looms and American Workers are striking in greater numbers, and in greater frequency, than they have for nearly three-and-a-half decades.

Whether it is Teachers or Hotel Workers or others, Labor Militancy is on the rise - but not in San Francisco.  Not among the Public Sector, at least.

Here, any Employee walking off the job “shall be dismissed from his or her employment pursuant to Charter Section A8.346.”

New Employees are made to sign a form acknowledging that “any employee who participates in a Strike can be fired.”

But that may yet change.

Supervisor Gordon Mar - perhaps the most Labor-Friendly legislator on a Labor-Friendly Board - acknowledges that he’s working with the City’s Unions on exploring a charter amendment that would strip this language from the City Charter: Language he and this City’s Organized Workers claim is both illegal and unenforceable.

“I am ‘very interested in pursuing this,’” Mar tells me.

And, perhaps, those ongoing, contentious Labor Negotiations just became a little more so.

It depends on who you ask.

If you ask city officials, many say no.

If you ask judges - they say yes.

All the way back in 1985, the California Supreme Court ruled that “the common law prohibition against all Public Employee Strikes is no longer supportable … Strikes by Public Employees are not unlawful at Common Law unless or until it is clearly demonstrated that such a Strike creates a substantial and imminent threat to the health or safety of the public.”

More recently, in 2017, the State’s Public Employee Relations Board (PERB) unambiguously ruled San Francisco could not prevent its Workers from engaging in “sympathy Strikes” - that is, the city cannot make its Workers cross other Workers’ picket lines.

To Continue Reading This Labor News Story, Go To: https://missionlocal.org/2019/04/labor-pains-san-francisco-threatens-to-fire-any-city-worker-who-strikes-you-may-end-up-voting-on-whether-thats-ok/?fbclid=IwAR0I8QXQsHa-ff89FczDe4NucFpJgNf3WMqPeGrQd1Onrz-OwYydsqS50KI