A Preview Of The 2019 BlueCross BlueShield Of WNYs Annual Health Care Seminar: Labor Leaders To Be Brought Up To Speed On State & Federal Legislative Proposals, As Well As Health Care Resources & Strategies For Union Members 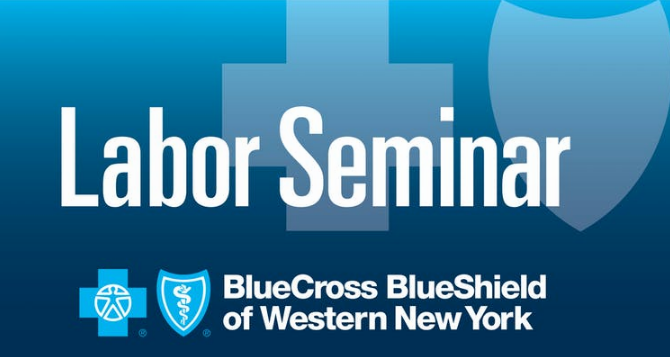 (BUFFALO, NEW YORK) – Those Western New York Labor Leaders who will attend next week’s 2019 BlueCross BlueShield of Western New York’s Annual Health Care Seminar will be brought up to speed on a number of current New York State and Federal Legislative Proposals, as well as being presented with an array of Health Care resources and strategies for their Union Membership to take advantage of, BCBSWNY Officials say.

Beginning at 8 a.m. on Thursday, May 9th, the BCBSWNY Health Care Labor Seminar - which is the only health insurance provider in the region with a Unionized Workforce - will take place in the Heritage Room of its Downtown Buffalo Headquarters.  For those who have yet to register, area Labor Leadership still has time - Contact Amber Smith at 716-887-8442 or via e-mail at smith.amber@healthnow.org.

Those attending the morning event will hear from Don Ingalls, BCBSWNY’s Vice President-State and Federal Relations, who will brief local Labor Leadership on a number of State and Federal Legislative updates that impact their Unions and Memberships.

In addition, Jennifer Johengen-Vogel - BCBSWNY’s Vice President-Health Management, will outline and discuss a number of Health Care resources and strategies for Union Membership to take advantage of in terms of BCBSWNY providing support to help increase Union Member engagement in their personal health. 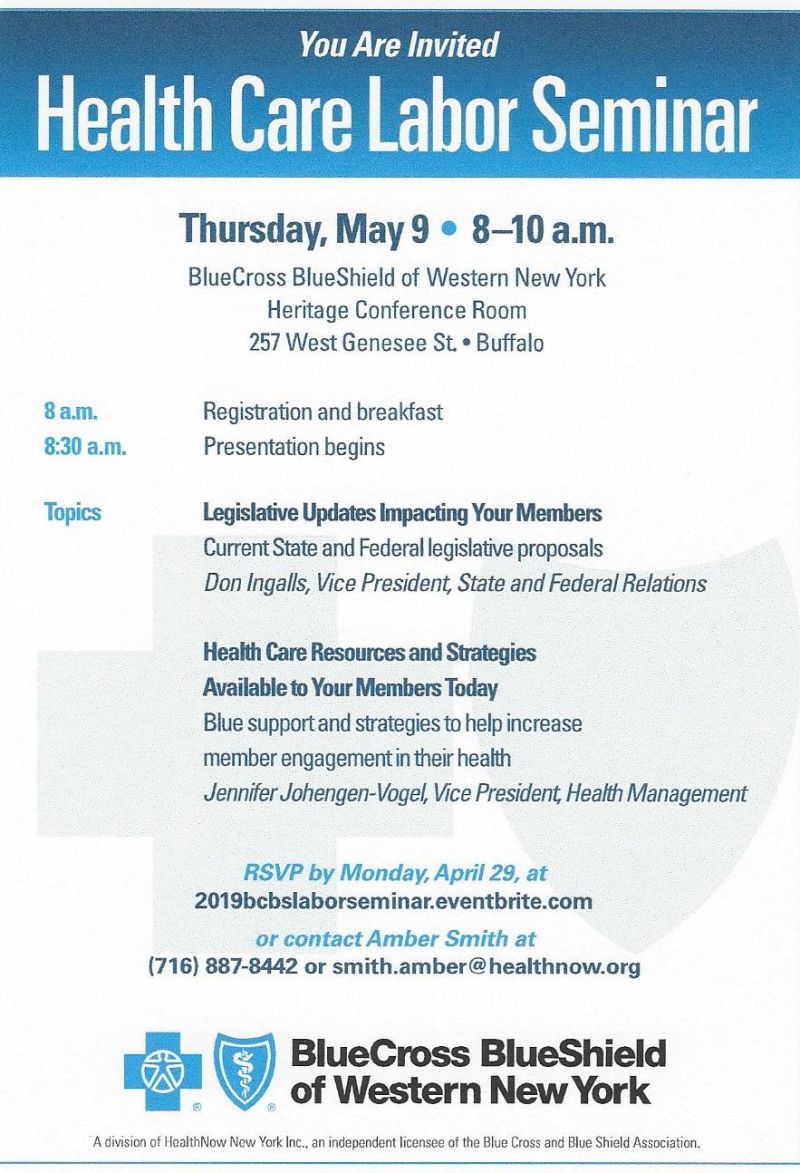 BCBSWNY - which is a division of HealthNow New York Incorporated, an independent licensee of the Blue Cross and Blue Shield Association, is the Western New York Region’s largest health insurer, with 1,900 Employees and 800,000 members.

In was announced in mid-November (2018) that those Union-represented Workers employed at BCBSWNY’s Downtown Buffalo Waterfront Headquarters had ratified a new three-agreement by a final tally of 186-to-39.  The contract called for a 7% wage increase over the next three years, as well as other improvements.

As a result of what can only be described as a stellar Labor-Management relationship, it was BCBSWNY - which has a 62-year history with OPEIU - that approached OPEIU Local 153 to ask that negotiations begin six months before a current contract ran out.

“(BCBSWNY Management) ‘requested early negotiations with the hope of getting a successor agreement,’’” OPEIU Local 153 Business Representative Mark Jurenovich told WNYLaborToday.com at the time.  “(BCBSWNY Management) are ‘good people. Their people in Human Resources ‘are good to work with.’  They were ‘very professional’ (during negotiations).  I have ‘no’ complaints.”

“The Employees represented by OPEIU, Local 153 are ‘Brand Ambassadors’ for BlueCross BlueShield of Western New York.  ‘They are on our front line in good-paying, high-benefit jobs’ in our Customer Service and Administrative areas,” BCBSWNY CEO’s David Anderson said at the time. “I’m ‘pleased’ that Labor provided this opportunity and that our management team ‘has achieved a remarkable milestone’ for our company’s Labor Relations.”

BCBSWNY opened its headquarters on Buffalo’s waterfront - which was built under a Project Labor Agreement (PLA) that employed Unionized Skilled Trades from all Member Unions of the Buffalo Building Trades and Construction Council - back in August 2007.

The site is the largest LEED-certified building in Western New York and the $110 million project incorporated one of the most extensive brownfield remediation projects in New York State.

It is said to bring more than 1,900 people to the heart of Buffalo each day and has an estimated annual economic impact of $4 billion.