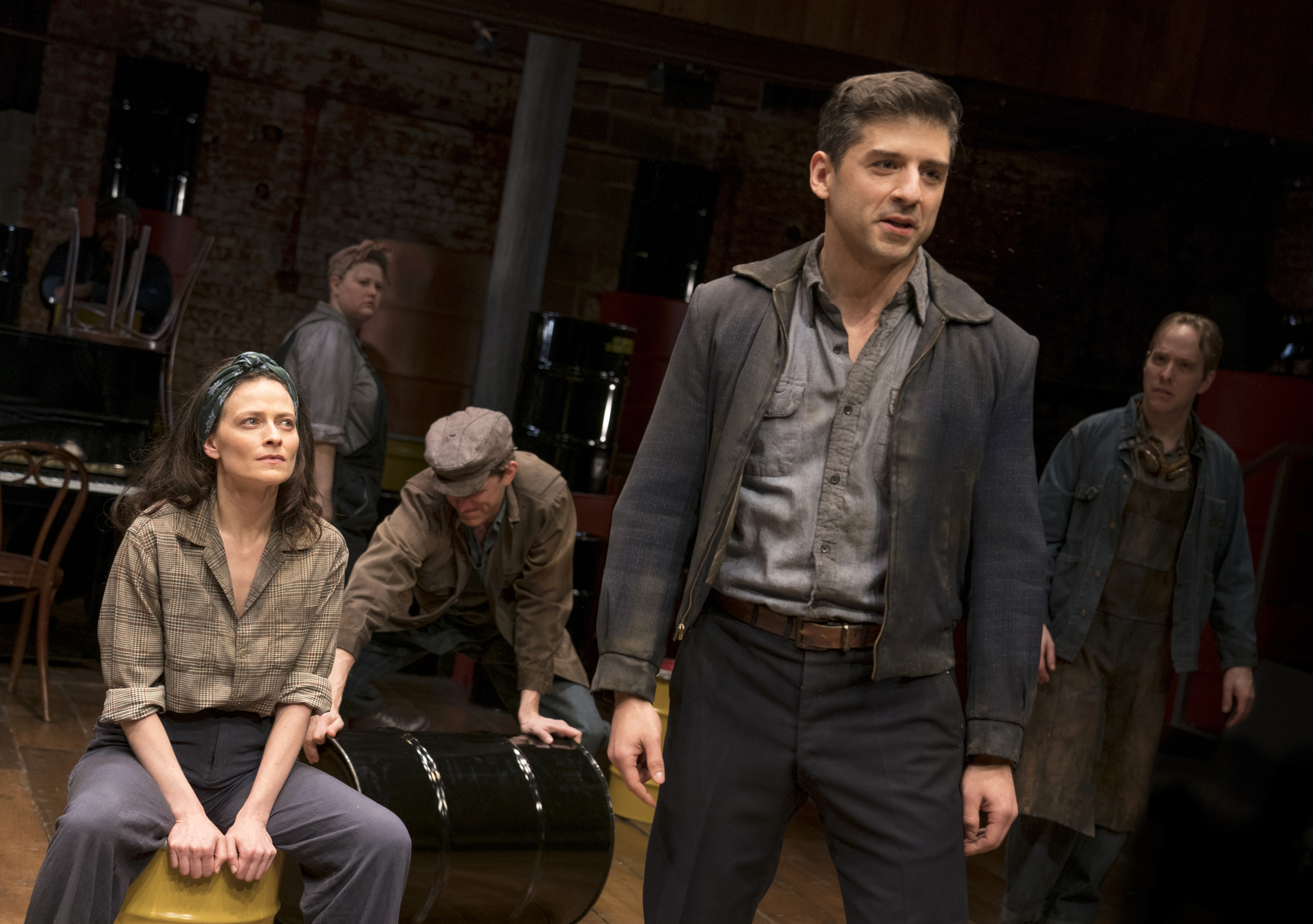 (NEW YORK CITY) - Eighty years ago, in the midst of the Great Depression, a couple of upstart theater guys named Orson Welles and John Houseman defied government censorship to stage a “Labor Opera” championing Union Solidarity in the face of rapacious capitalist bosses.  Now, The Cradle Will Rock is back and its clarion call to today’s Working Men and Women is every bit as urgent as it was back in 1937 - maybe even more so.

Tony Award-winning Director John Doyle’s production of The Cradle Will Rock - which is currently playing at the Classic Stage Company on East 13th Street through May 19th, wants Trade Unionists in the seats because it’s about Workers, our revolutionary roots and our ongoing struggle for a piece of the American Dream.

Where else can a striking Charter/Spectrum Technician or #CountMeIn Construction Worker see characters on a New York City theater stage rail against the same kinds of things they are grappling with right here, right now?

Set in “Steel Town, USA,” Marc Blitzstein’s original work features a cast of Blue Collar characters pitted against the tyranny of “Open Shops” and deep-pocketed puppet masters who invent wars for profit and subvert the very idea of democracy through a bought off media, clergy, academia, art world and criminal justice system.

And The Cradle Will Rock takes direct aim at an economic system that rewards simpletons and shreds the virtuous down to their socks.

Set in CSC’s non-tradition theater space which seats audience members around three sides of the stage, The Cradle Will Rock Cast Members play multiple roles and, at times, interact with the crowd.

“One of the things about the classics is that ‘it’s a universal story, so anyone, no matter what their walk of life, where they come from - there’s universality behind it,’” CSC General Manager Toni Marie Davis tells LaborPress.

“I think ‘it’s important that people see that on the stage.’  ‘Sometimes, theater can have a feeling of eliteness, there’s no accessibility to it - which was never the intention of theater.’  ‘I think it’s our job to always cultivate new audiences, and this play is a great introduction,” Davis said.

“I think that your hope ‘when you produce work is that when people leave the theater, the conversation continues,’” Davis said. “I ‘don’t know how much that leads to activism - maybe it does.’  ‘Maybe it makes someone go to a rally or sign up or following someone on Facebook - or whatever, but get more involved in society or the community.’”

To Read The Rest Of This Labor News Story, Go To: http://laborpress.org/the-cradle-is-rocking-again-for-working-men-women/.  CSC is offering $25 rush tickets for card-carrying Union Members throughout the rest of The Cradle Will Rock’s run.  For more information click here.