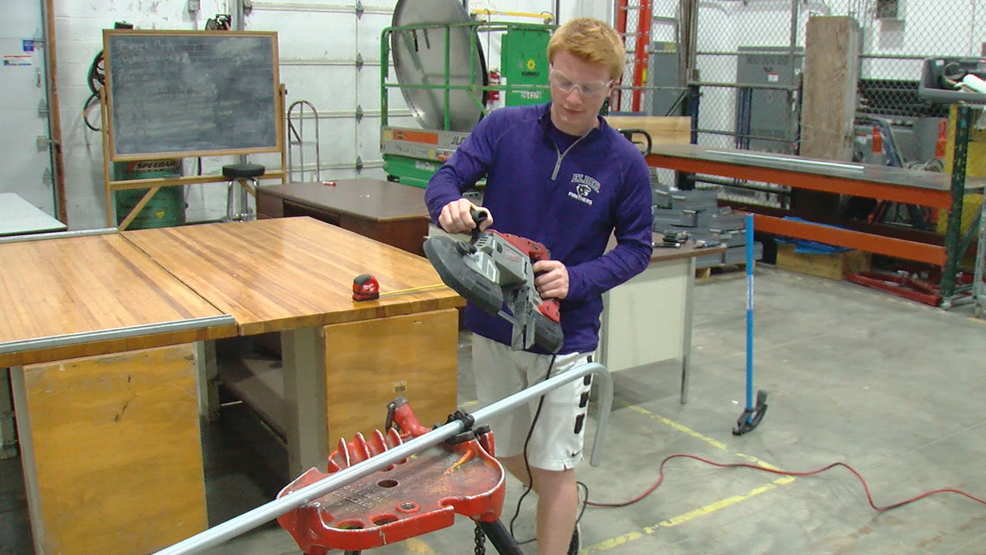 (WEST PRICE HILL, OHIO) - Skilled Laborers are in high demand and at least one Ohio high school has partnered with an Electrical Union to train the next generation of Workers.

Casey Dirr is a Senior at Elder High School.  His schoolwork three days a week has been happening a few miles from campus inside the International Brotherhood of Electrical Workers (IBEW) Training Facility.

IBEW Training Director Charlie Kenser said the need for Workers in the electrical industry is great and that there are more jobs than there are skilled candidates: “We're ‘competing with other industries, not just’ Skilled Trades.  We're ‘competing with manufacturing.’  We're ‘competing with everything else as well.’  ‘So, to get these good people, it's pretty hard to compete, so this program allows us to do a different type of outreach that we haven’t been able to do before.’”

The program gives the Elder students their first year of Apprenticeship, meaning they can become a Journeyman in four, not five, years.

“At first, ‘it was just kind of this program that I can do because I wasn’t going to college, but now I’m starting to get into it and learn a lot more about it - so, it’s really becoming a cool thing to get started in,’” Dirr said.

Four out of five of the seniors, including Dirr, are going to continue their electrical training.

The interest from the juniors at Elder is pretty good - they have triple the number of students signed up for the 2019-2020 school year.

Assistant Principal Patrick Tucker says this first year of the program has been so successful, they’re looking to add similar ones in the Automotive, Carpentry and Welding Trades.

A spokesman for the Great Oaks Career Campuses, which also trains high school students, says their electrical training program has one of the lowest enrollment rates.

They have a 100% job placement for each student who does graduate.

To Directly Access This Labor News Report, Go To: https://local12.com/news/local/elder-high-school-seniors-get-first-year-of-electrical-apprenticeship-with-union?fbclid=IwAR2NkgyzDsf4JjAEtzzwgECMe1ppSXbP-ai3UkW1Tco8FK1ZOKbo4ynrD-g