In A Rare Move, Teachers At A Washington, D.C. Charter School Are Trying To Unionize 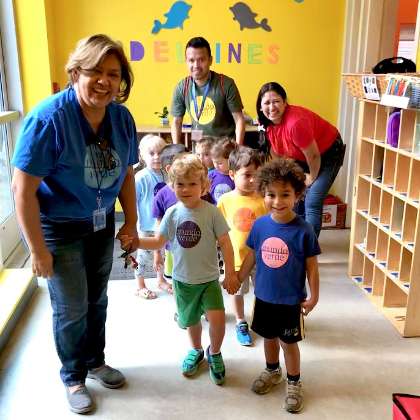 (WASHINGTON, D.C.) - Employees at a Washington, D.C. charter school are attempting to Unionize, a rare move that would make the 115 Teachers and Staff Members the biggest Union of Charter School Workers to ever form in the District.

If successful, Mundo Verde Bilingual Public Charter School would be the only Unionized charter campus at the start of the next school year.

Teachers at Chavez Prep Middle - a campus that is part of the D.C. Cesar Chavez charter network - are Unionized, but that school is expected to close this summer.

Employees at Mundo Verde Bilingual - a top-performing charter school that attracts a lengthy waiting list of students hoping to attend each year - say they want a louder voice in decisions that administrators make.

The school in the Truxton Circle neighborhood is expanding and plans to open a second campus this Summer.

The Employees, who want a pay raise, say they are stretched thin, with too many responsibilities to effectively identify and address students’ needs.

“We’re ‘hoping our voices will be included in the decision-making process’ in Mundo Verde,” said Amber Walson, a Music Teacher at the school. “We ‘love’ our school, we ‘want to collaborate,’ we ‘want to live the values that our school promotes.’”

Charter schools are publicly funded but privately run and unlike the traditional public school system, their Teachers are not usually Union Members.

Nearly 7,000 charter schools serve three million students in the country, according to the National Alliance for Public Charter Schools.

The American Federation of Teachers (AFT) says that since 2017, Educators at a dozen charter schools nationwide have joined the Union.

In the District, nearly half of the city’s 100,000 public school students attend a charter campus.

When charters were created, one of the objectives of advocates was to free schools from the bureaucratic thicket they say ensnares traditional campuses.

Some charter backers view Unions as part of that bureaucratic infrastructure.

The efforts to Unionize at Mundo Verde had been quietly underway for months, but organizers recently encountered a hurdle when the school administration failed to voluntarily recognize the Union by a deadline set by Staff Members.

School leaders did not reject the Union, but in a letter obtained by The Washington Post, administrators requested another meeting with Employees “to better understand what they are seeking.”