A Settlement Has Been Reached In Whatâs Being Described As a âGround-Breakingâ Case Involving 1,600 New York City Administrators Represented By CWA Local 1180 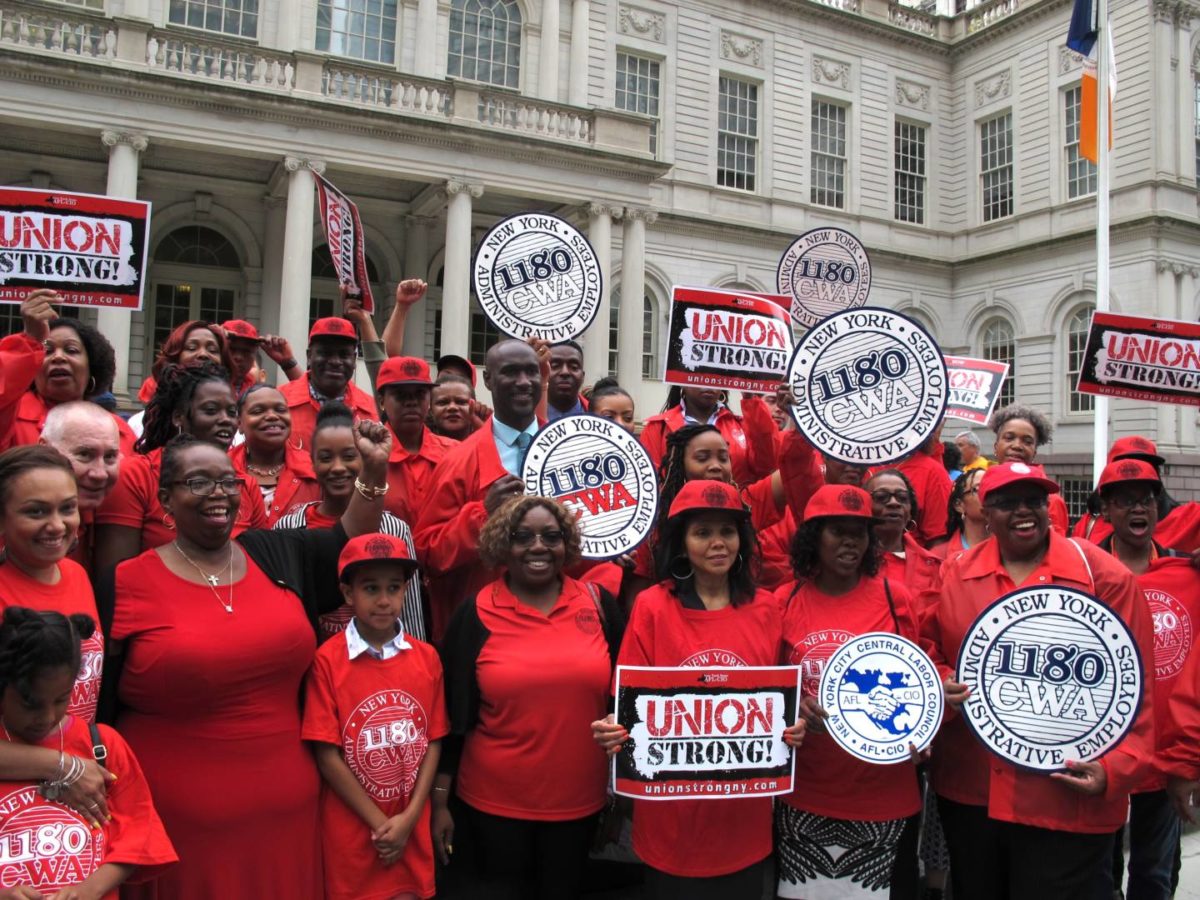 (NEW YORK CITY) - For two years, the City of New York and Communications Workers of America (CWA) Local 1180 have worked to settle claims to compensate CWA Members who were paid unfairly based on their gender and race.  Now, a stipulation of settlement has finally been signed between parties to settle the litigation.

CWA Local 1180 President Gloria Middleton said that close to 1,600 Administrative Managers - mostly women and minorities represented by the Union - were found by the Equal Employment Opportunity Commission (EEOC) to have been paid less than their white, male counterparts, after the Union filed a complaint in 2013 during New York City Mayor Michael Bloomberg’s Administration.

“Our ‘journey for justice just took a big step forward’ and our Administrative Managers, who have stood with the Union ‘during this long fight, will finally get the recognition and restitution they deserve,’” CWA President Middleton said.  “Our Members ‘have served for decades, delivering important public services without the recognition or compensation they were and are entitled to.’  The ‘fact that someone is female, or black, or Hispanic should make no difference in what they get paid.’  ‘This case was about equal pay for equal work.’  ‘We are proud to have represented our Members in helping to achieve this important victory in the battle for pay equality.’”

The CWA and City Representatives, along with the Representative Plaintiffs, have spent the past two years in settlement efforts with the help of the Court’s Magistrate Judge, and the parties recently hashed out the final details that brought about the settlement agreement.

With all legal i’s dotted and the t’s crossed on the stipulation of settlement, Middleton said the parties will jointly submit to the Court a motion for approval of the settlement, which is set to give approximately $5.5 million in back pay, $5.5 million in annuity payments, additional retroactive pay estimated at approximately $4 million, and pay increases for Members.

Additionally, the settlement will include a host of equitable reforms meant to ensure equal pay practices moving forward, including an Oversight Committee to ensure non-discriminatory pay practices, and annual disclosure of pay data tied to race and gender along the lines of legislation the City Council passed late last year and became law on January 20th (2019).

To Continue Reading This Labor News Report, Go To: http://laborpress.org/a-level-playing-field-for-cwa-1180-workers/