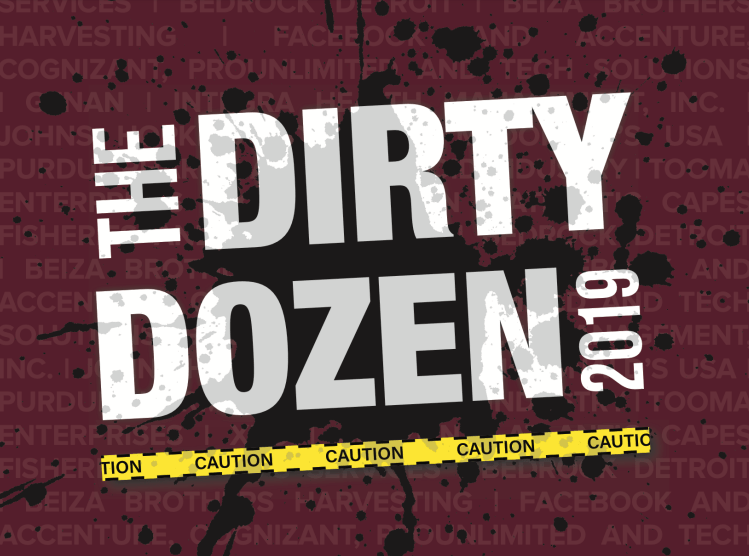 (NEW YORK CITY) - Another metropolitan area man who lost his job after he dared challenge Amazon’s extremely poor treatment of its Warehouse Employees is speaking out - just in time for the notoriously Anti-Union Retail Giant to be welcomed back onto National Council for Occupational Safety and Health’s (COSH) annual list of “Dirty Dozen” employers.

David Jamel Williams tells LaborPress Unionizing Workers at the Edison, New Jersey “fulfillment center” where he worked prior to suffering an on-the-job eye injury “would benefit the culture and climate of that place.”

“While there, I ‘definitely witnessed the immense amount of pressure to perform that was placed on Employees,’” Williams said on a conference call with reporters. “Amazon ‘definitely cared more about the speed at which they were able to push out their products and push out their services then the conditions, health or welfare the Employees doing the work for them.’”

According to Williams, the need for speed inside the Amazon Warehouse is so great that when a damaged parcel leaking chemicals splashed him in the eye, managers immediately urged him back to work and then dragged their feet in properly recording the incident - and even going so far as to initially refusing to furnish him with a copy of the accident report, which he signed, on the grounds that it was an “Amazon document.”

Former Amazon Worker Rashad Long was fired from his Staten Island “fulfillment center” job on February 12th, after speaking out about oppressive warehouse conditions and allegedly running afoul of a company robot while picking up a loose package inside a “no-humans zone.”

Amazon has a demonstrated track record of putting Workers in harm’s way.

According to National COSH, six Workers have died in the last six months alone – and more than a dozen have died since 2013.

According to National COSH, Employees attempting to earn a living at the aforementioned companies were instead subjected to a plethora of on the job horrors, including sexual harassment, dismemberment, miscarriage and murder.

Nationwide, the number of Workers killed or grievously injured on the job is trending upward. 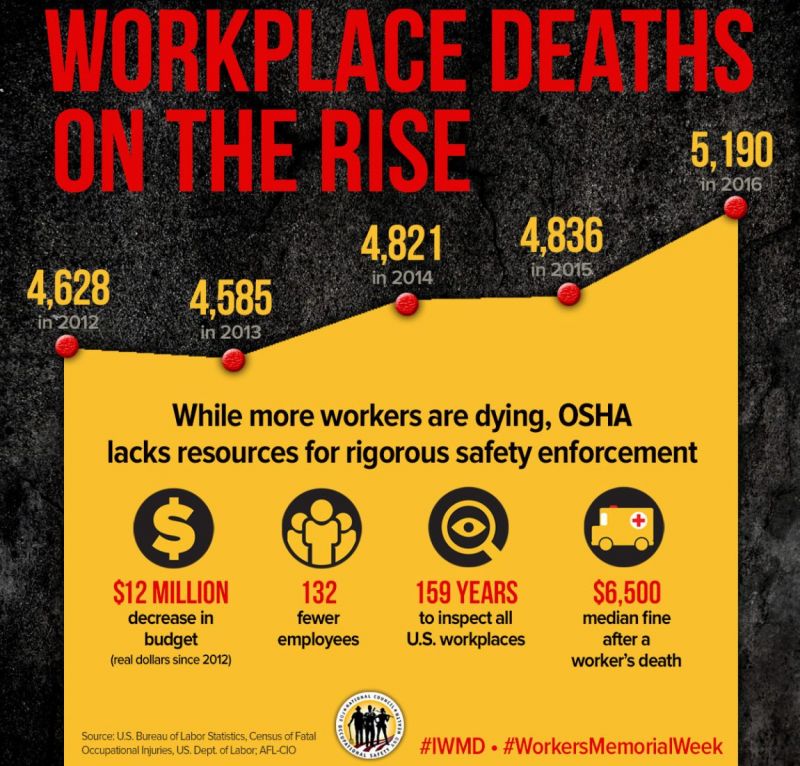 “That number ‘doesn’t include occupational illness and fatalities,’” National COSH Co-Executive Director Marcy Goldstein-Gelb said. “There were over (95,000) Workers each year who die from long-term illnesses such as cancer or heart disease caused by workplace exposures. In addition, over three million men and women suffered non-fatal workplace injuries and illnesses.”

To Continue Reading This Labor News Report, Go To: http://laborpress.org/pro-union-amazon-worker-fired-in-nj-after-eye-injury-online-giant-makes-dirty-dozen-list-of-employers-again/