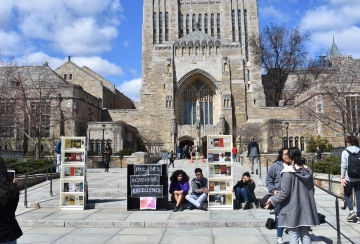 (MILWAUKEE, WISCONSIN) - Marquette University's Administration is appealing to professors' religious identity in trying to keep them from Unionizing.

As a Jesuit and Roman Catholic Institution, Marquette "affirms the Catholic belief, echoed by Pope Francis, that the dignity of each person includes the right to fulfilling and life-sustaining work," he wrote. He then added, in boldface type: "Our strong preference is to maintain a direct working relationship with our faculty - without a third party intermediary that may not understand our university, our mission, or our guiding values.  This direct working relationship - one built on a long history of mutual respect and direct dialogue - is one of the many reasons Marquette is such a unique and rewarding place to work."

Catholic social teaching is "quite clear" on this issue, said Meghan J. Clark, an Associate Professor of Moral Theology at St. John's University: Workers have the right to Unionize, if they want, is a "bedrock principle," she said.

It was affirmed in 1891 when Pope Leo XIII wrote the Rerum Novarum, which reflected on working conditions in the 19th century and also affirmed, without question, the right of Workers to choose to come together, Clark said.

Nearly a century later, in 1986, U.S. Catholic Bishops wrote a letter that, in part, criticized Union-Busting Tactics: "No one may deny the right to organize without attacking human dignity itself."

To Directly Access This Labor News Story, Go To: www.chronicle.com/article/In-Urging-Faculty-Not-to/246022/?fbclid=IwAR3Vod5gqfKMM6RYvcptk7VCca4napxm-kPQpToi04zzNgdNPppvDCBQpRY