Republican Washington State Senator Makes One Of The Most Demeaning & Insensitive Statements On The Nursing Profession, Says Critical Access Hospital Nurses Probably Play Cards For A Considerable Amount Of The Day 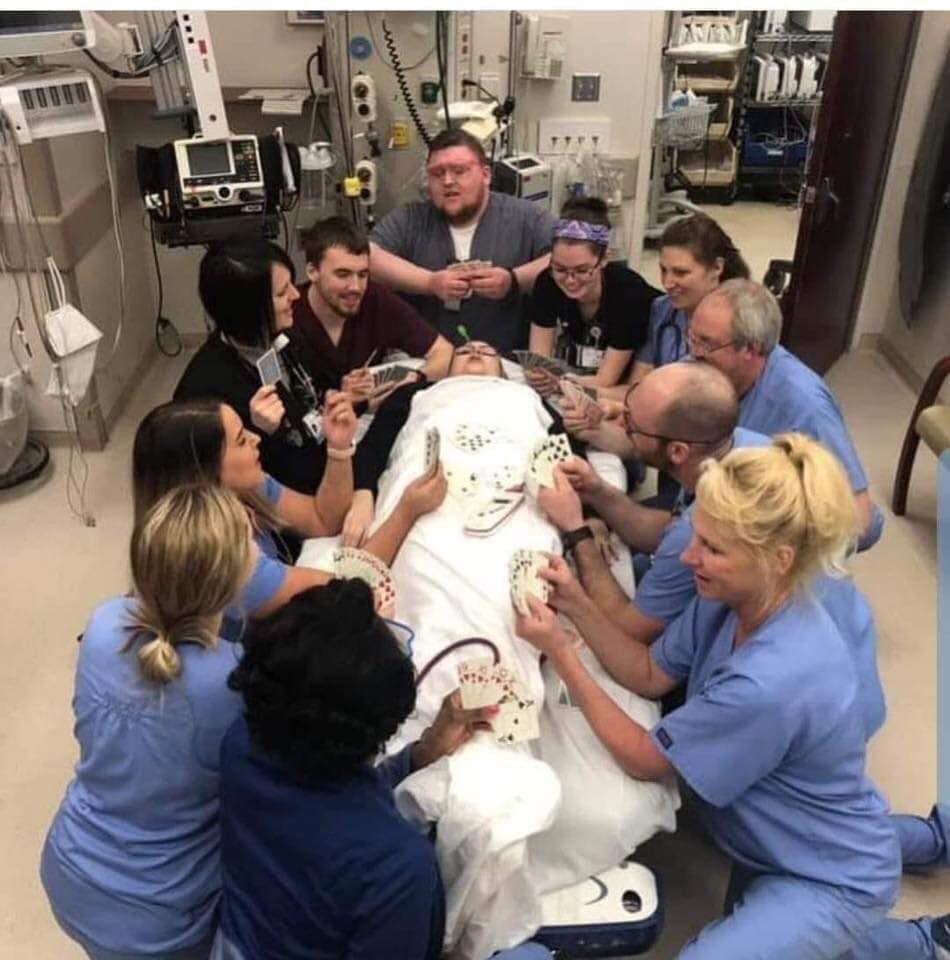 (OLYMPIA, WASHINGTON) - In perhaps one of the most demeaning and insensitive statements on the Nursing Profession since Joy Behar’s 2015 “doctor’s stethoscope” comments on The View, Republican Washington State Senator Maureen Walsh recently proclaimed on the Senate floor that Critical Access Hospital Nurses should be exempt from protections in Mandatory Overtime because they sit around and play cards most of the day.

Study after study show that unplanned overtime assignments have a high potential to be unsafe.

That’s why, the Washington State Nurses Association added, that ultimately, there is zero logic behind an amendment to the Rest Breaks Bill that would cover Nurses and patients in some hospitals, while leaving others without any protections.

There’s a reason it’s so hard to recruit Nurses to rural facilities - exempting them from laws requiring uninterrupted breaks and subjecting them to mandatory overtime would just make it worse, Nurses Association Representatives said.

No, Senator, nurses are not sitting around playing cards, the Washington State Nurses Association said, they’re taking care of your neighbors, your family, your community - and they do read the research: mandatory overtime is bad for patient care and it’s bad for your rural hospitals.

With all due respect, the Nurses Association said, Senator Walsh - perhaps it’s time for you to put down the cards and pick up the literature.

If you’re a Nurse who doesn’t play cards for a considerable amount of the day, you can e-mail your legislator about this issue here: https://p2a.co/EDv6Ikt.

To Directly Access This Labor News Report, Go To: www.wsna.org/news/2019/senator-states-that-nurses-probably-play-cards-for-a-considerable-amount-of-the-day-in-amending-rest-breaks-bill?fbclid=IwAR1RIZRLT77VpbHpPvjLQTfNmw7fyfanKWHwpAq8WoRBn52RZF_c1SYSSl0

She received 1,700-plus decks of cards from Nurses at her office, CNN had a good story about it. Posted by Tom Roulley on April 26, 2019 at 5:52 pm
Simple: This so-called elected Federal Lawmaker is an a**hole. How such people actually get voters to support them is 'mind-blowing' - but one day, she will be going 'under-the-knife' for some procedure 'and will wonder if the Nurses know of her ignorant, insensitive comment.' Posted by Dan Boody on April 23, 2019 at 8:12 pm