In A Rebuke To His Republican Predecessor, Illinois Governor Bans Local Right-To-Work Zones 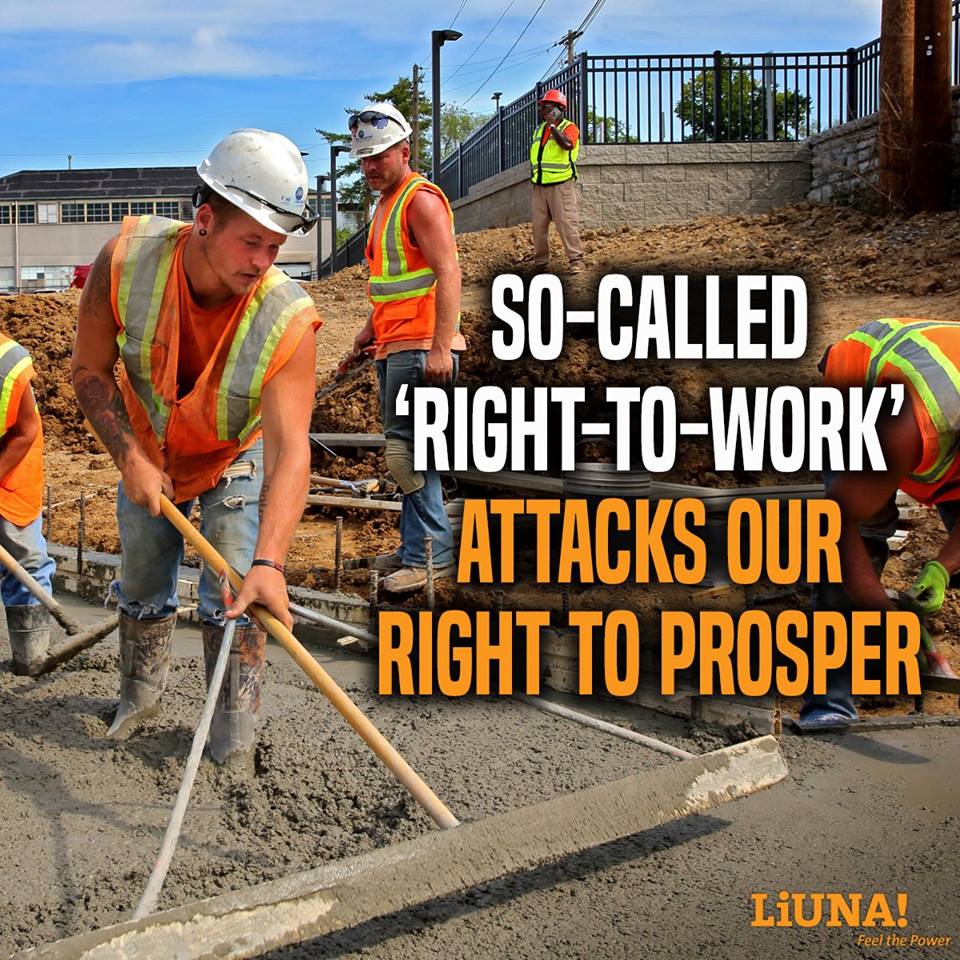 (THE STATE OF ILLINOIS) - Gov. J.B. Pritzker has signed into law a bill that bars local governments from establishing so-called Right-To-Work (for less) Zones, another rebuke to his Republican predecessor who blocked similar legislation as he battled with Democratic Lawmakers over his Pro-Business, Union-weakening agenda.

The new law, which was passed with strong bipartisan support in the House and Senate and takes effect immediately, "makes it abundantly clear that we have turned the page here in Illinois," the Democratic Governor said during a bill-signing event at the Capitol, where he was joined by legislators and Labor Leaders.

In 2017, Rauner vetoed a previous version of the bill banning local governments from creating such laws and the House fell one vote short of overriding him.

This time, the measure passed the House on a 101-to-8 vote and was approved unanimously in the Senate.

"From the start, Right-To-Work ‘was an idea cooked up to lower wages, slash benefits and hurt our Working Families,’" Pritzker said. "Right-To-Work ‘has always meant right to work for less money and its wrong for Illinois.’"

State Lawmakers moved to ban local Right-To-Work Laws after North Suburban Lincolnshire passed one in 2015.  The ordinance was overturned by a Federal Court, which ruled Federal Law prohibits such local rules, but the village has appealed to the U.S. Supreme Court.

Pritzker said the new State Law codifies rulings by lower Federal Courts: "The law as it is does not allow a State to hand this responsibility down to the local communities.  This bill actually just establishes what is the law today, so I believe that would be moot, essentially, at the Supreme Court."

State Senator Ram Villivalam, a freshman Democrat from Chicago who sponsored the measure in the Senate, said it "makes it clear that the regulation of collective bargaining is the responsibility of State Government."  "It is an ‘honor to stand here as we declare once and for all that Right-To-Work has no place in the State of Illinois,’" he said.

During his campaign, Pritzker promised "he would ‘want to be a voice for Working Families if elected,’" said Jeffrey Collier, a Union Representative with the Edwardsville office of the United Food & Commercial Workers (UFCW) Local 881.

Since taking office, Pritzker has made good on that promise, Collier said at the bill signing: "In less than one-hundred days as governor, he has already done more than any other governor I've ever known to back up his word to support Working Families."

To Read This Labor News Report In Its Entirety, Go To: www.governing.com/topics/mgmt/tns-illinois-right-to-work-zones-banned.html