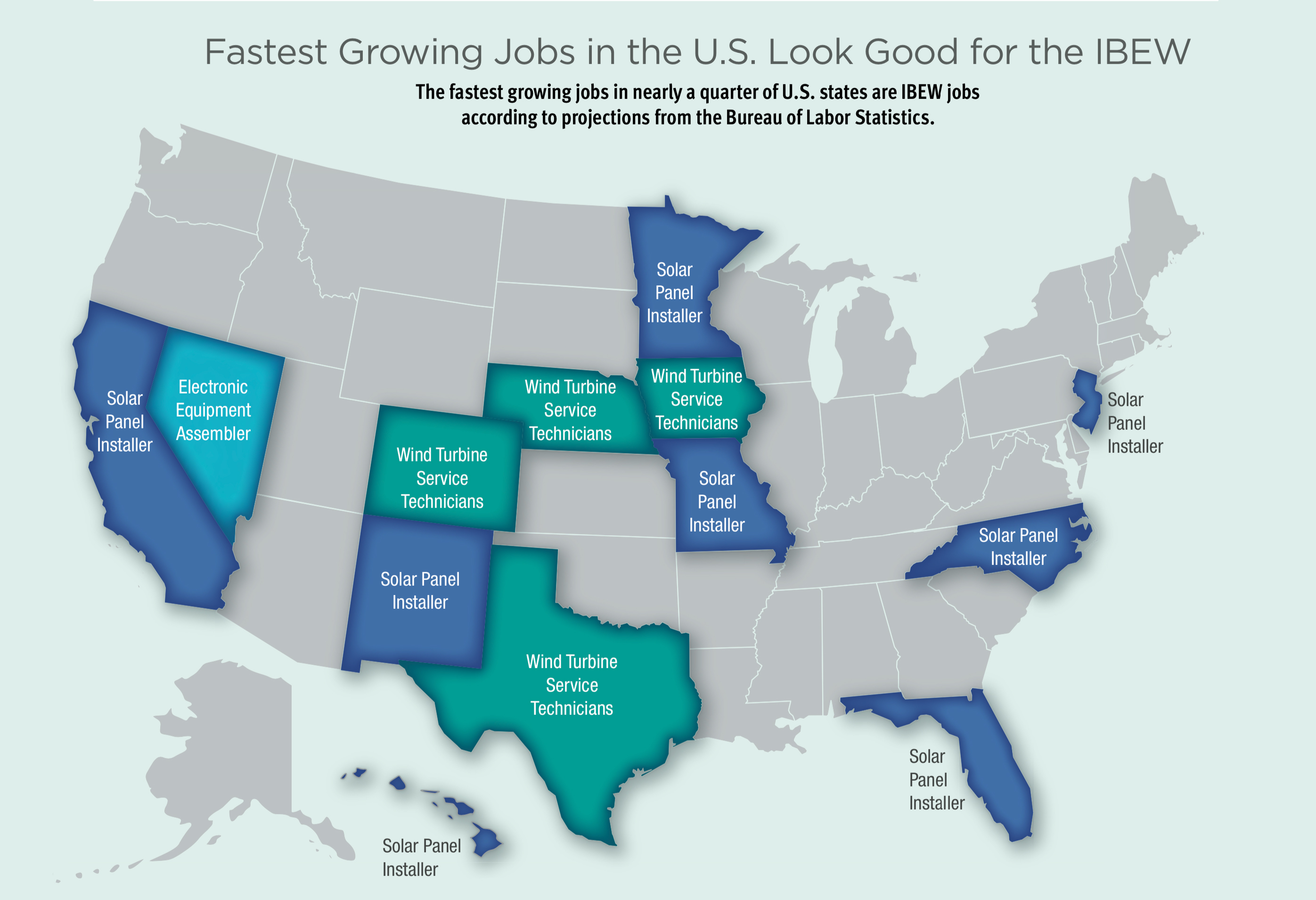 The fastest growing jobs in nearly a quarter of U.S. States are International Brotherhood of Electrical Workers (IBEW)-represented jobs, according to projections from the Bureau of Labor Statistics (BLS).

The fastest growing job in the most States – eight – is Solar Panel Installer.

But that doesn’t mean that there will be more total/new Solar Installer Positions than any other job in California, Hawaii, New Mexico, Florida, North Carolina, Missouri, Minnesota or New Jersey.

It means that demand will be highest and growth will be fastest.

In Colorado, Texas, Nebraska and Iowa, the fastest growing jobs are projected to be Wind Turbine Service Technicians, a Trade filled by an increasing number of IBEW Members.

In Nevada, the fastest-growing job is an Electronic Equipment Assembler.

But many of these jobs are Non-Union – for now.

The IBEW has Members doing everything from building ships and prosecuting environmental lawbreakers to running nuclear power plants and building America’s cities.

Who’s to say that the men and women filling the fastest growing job in Oregon, Animal Trainer - or Georgia, Costume Attendant - won’t be Members of the IBEW someday?

To Directly Access This Labor News Report, Go To: www.ibew.org/media-center/Articles/19Daily/1904/190417_FastestGrowing 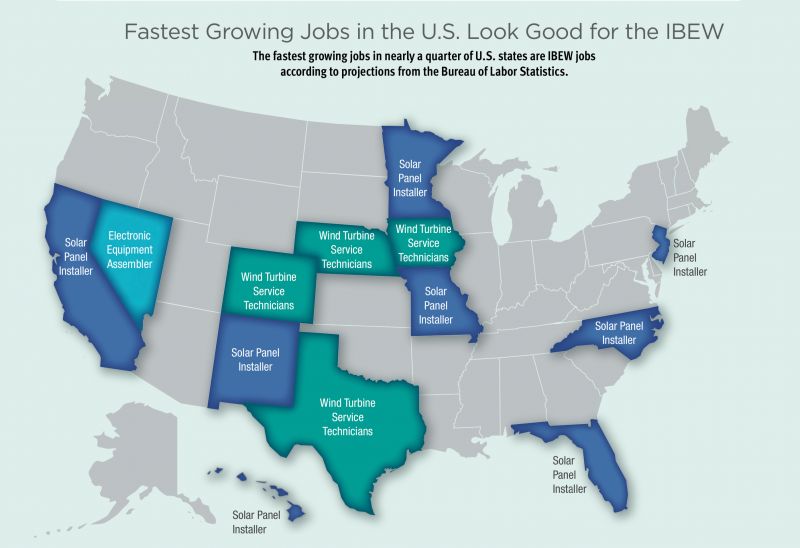