A 'Key Labor Moment Arrives' At The University Of Pittsburgh - Will Grad Assistants Vote To Join A Union? 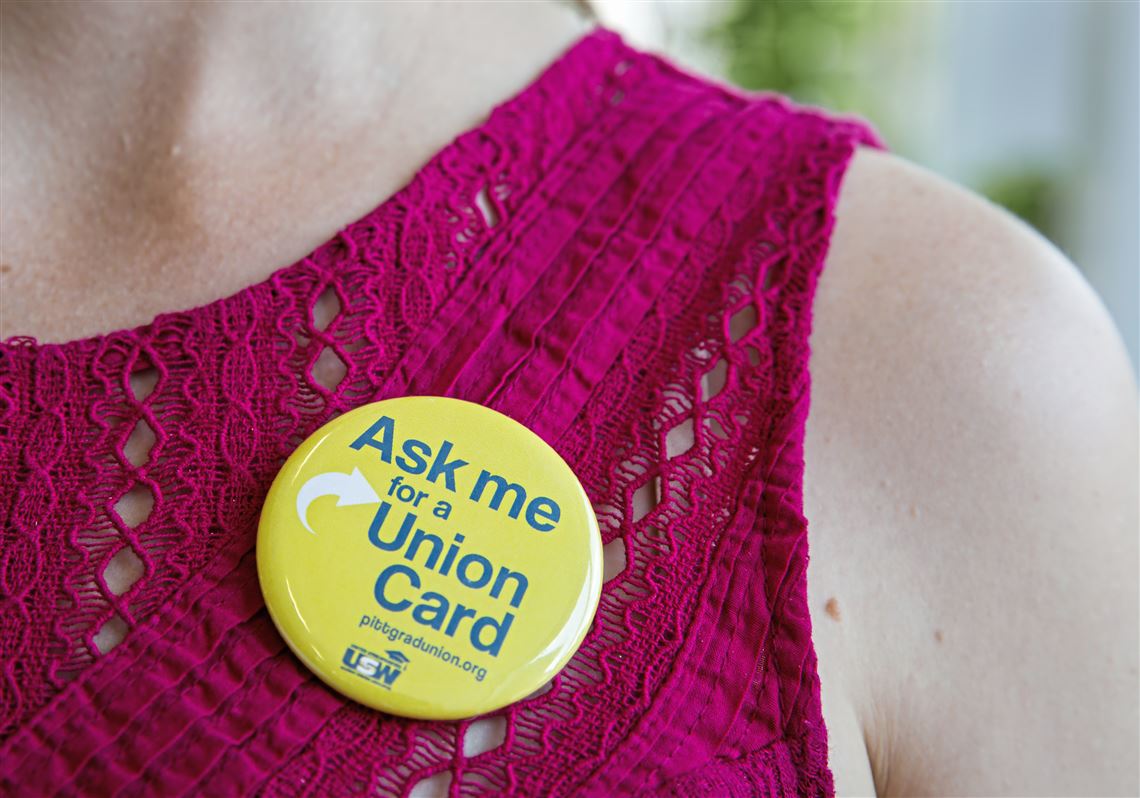 (PITTSBURGH, PENNSYLVANIA) - First came a push to get prospective Members to sign cards indicating support, then a petition seeking a campus election and finally a hearing before State Labor Officials, who ultimately gave that vote the green light.  Now, more than two years after it began, a campaign to organize Graduate Assistants at the University of Pittsburgh into a Labor Union finally is in the hands of the students themselves as they cast ballots this week.

The election covers 2,000 Graduate Employees who work on the sprawling public research campus in Oakland, the region's largest and it comes amid a flurry of organizing efforts on campuses nationwide.

In February 2017, the effort at Pitt by a Student Organizing Committee to align with the United Steelworkers (USW) gathered momentum with the push to secure card signatures from 30% or more of the potential Bargaining Unit, the share needed to petition for an election.

In March of this year, following a lengthy hearing on that petition, the Pennsylvania Labor Relations Board (PLRB) ruled that a vote could go forward.  The PLRB decision, in effect, affirmed Teaching Assistants, Teaching Fellows, Graduate Assistants and Graduate Student Researchers are Employees, entitled to seek Union Representation.  Lawyers for Pitt had argued unsuccessfully they were first and foremost students without the right to organize.

Issues in the campaign have ranged from economics and transparency in decision-making, to protections for students from harassment in the workplace.

In recent days, student representatives have urged peers not to miss a chance to secure better working conditions.  “Your vote is confidential!” read a message in all capital letters posted to the Graduate Student Organizing Committee's Twitter feed.

Graduate Students say they do vital, if sometimes menial, tasks for a well-heeled institution, yet earn barely enough to survive.

They and their representatives also point to a power imbalance between student and supervisor that can impede or derail career pursuits.

Pitt officials have said that once health insurance, tuition and other support are considered, the value to students is well over $40,000.

But some students point to uncertainty in work assignments and in funding availability for their positions, year to year.

Caitlin Schroering, a Graduate Student Researcher and Doctoral Candidate in Sociology, said she belonged to a Graduate Student Union at the University of Florida.  Campus Unions provide protection against abrupt changes or elimination of benefits as crucial as health coverage.  "I want to see that same security provided to us here at Pitt," she said.

“There is a ‘strong desire to have a mechanism in place where the people who hear your complaints and grievances are not the same people who created them,’" said USW Organizer Jeff Cech as the card drive progressed on campus back in 2017.

To Continue Reading This Labor News Report, Go To: www.post-gazette.com/news/education/2019/04/12/University-of-Pittsburgh-Pitt-United-Steelworkers-USW-union-labor-graduate-assistants-students/stories/201904120115?fbclid=IwAR3on9PsZD4k7Trdeee897egwX2hGXXgxRVcaI9WSKJX2kPnKpz8wn26PR8