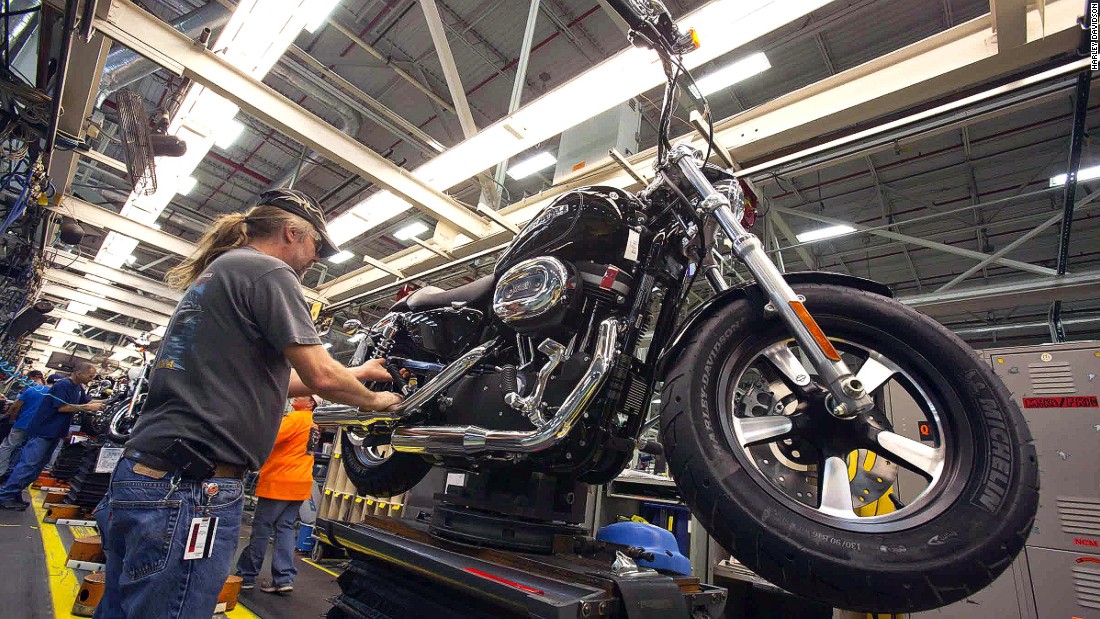 (MENOMONEE & TOMAHAWK, WISCONSIN) – Workers represented by the United Steelworkers (USW) at Harley-Davidson plants in Menomonee Falls and Tomahawk have voted to approve a new contract that includes a 14% wage increase over five years.

Other terms of the deal approved Monday (April 15th) by USW Local 2-209 and USW Local 460 include a signing bonus, no changes to health care, significant pension enhancements for current Employees and a retirement incentive for those who are eligible to retire.  The contract also includes job security measures sought by the USW.  In addition, Union Officials said Harley-Davidson has pledged to invest $65 million in its Menomonee Falls Plant and $10 million in its Tomahawk Facility.

"These investments ‘should ensure the long-term viability of our facilities.’  We look forward to working with Harley over the next five years ‘to continue our shared success,’" USW Local 2-209 President Mark Eilers said.

Earlier, the company said the average wage for current, regular Full-Time Bargaining Unit Employees under the first year of the proposed contract would be more than $33 an hour in the Milwaukee area and more than $25 at its plant in Tomahawk.

The current seven-year contract was set to expire on April 1st, but the USW agreed to extend it until midnight, April 14th.  The contract is the same offer that was ratified two weeks ago by the International Association of Machinists and Aerospace Workers (IAMAW), according to Harley.

“We believe the new contracts will enable us to compete in a challenging business environment and advance our strategy to build the next generation of riders globally," Harley-Davidson Chief Operating Officer Michelle Kumbier said in a statement.

Local Union Officials said one of their biggest issues has been Harley’s use of Temporary Workers - who are paid a lower wage than regular Full-Time Employees, and don’t get the same benefits.  Some of the Temporary Employees have worked in the Menomonee Falls Plant for years, according to USW Local 2-209.

“Another concern that was brought up was the amount of work that is being moved out of the plants,” Eilers said.

There are 637 regular Full-Time Employees at Harley’s Milwaukee-area locations, he said, down from 1,250 nine years ago.

There are now 270 Employees at the Tomahawk plant, down from 370.

Harley and the USW reached a tentative agreement on April 10th after twice agreeing to extend the previous contract and continue bargaining.

"It's ‘certainly a positive step to see a pay increase, but this contract was always about more than just economic issues,’" said USW District 2 Director Michael Bolton, who led the negotiations for the Union.

To Directly Access This Labor News Report, Go To: www.postcrescent.com/story/money/2019/04/15/harley-davidson-and-steelworkers-reach-contract-deal/3473691002/?fbclid=IwAR08DkOt8TFG0rLeBhUIvSIQsUyyKq3GRZoD1QKaXpcBaskRyYm9mGqp7U0