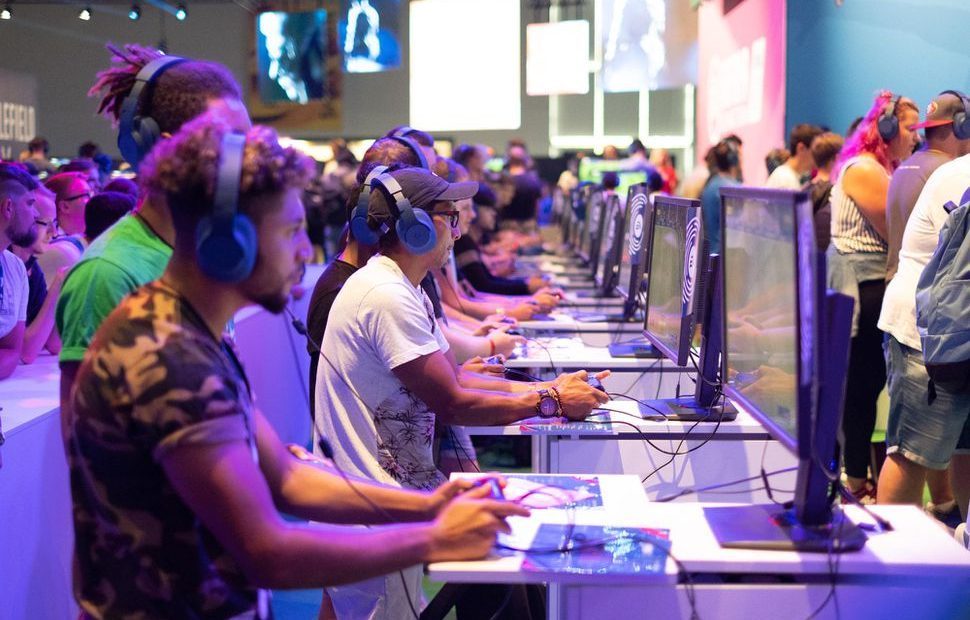 (LOS ANGELES, CALIFORNIA) - At an industry conference for video game developers in late March, the thousands of lanyarded attendees could try new games, swap business cards and hear from experts on rendering realistic blood spatter - or they could talk about Unionizing.

Hundreds joined a series of standing-room-only roundtables on the topic of Organized Labor, taking time away from the Game Developers Conference to brainstorm ways to build Worker Power in an industry that is almost entirely Non-Union.

Organizers with Game Workers Unite, a group that has sprung up in the last year to push for wall-to-wall unionization in the $43-billion game industry, kicked off each session with an icebreaker: “Damn the man.”

“Damn the man” for making designers work 100-hour weeks for months on end to deliver a game on time - a practice known as “crunch” that often comes without overtime or bonus pay.

“Damn the man” for hiring workers to ship a new game and then announcing mass layoffs - more than 2,000 jobs have been cut in 2019, but cyclical layoffs have been a feature of the industry for decades.

“Damn the man” - specifically, the executives of video game companies - for earning millions while developers are cut out of residuals from blockbuster titles and workers in fields such as quality assurance are paid close to Minimum Wage.

Labor activism is not unusual for Blue Collar segments of the tech workforce.

Lyft and Uber drivers have tried for years to organize into an effective bloc, despite their independent contractor status and the Bus Drivers and Cafeteria Workers for Silicon Valley Tech Campuses have been union for years.

But the last year has seen White-Collar Worker Activism grow across the tech industry as well.

Google employees have mounted petition campaigns to get their employer to stop developing a censored search engine for China, reshape an AI Ethics Board and treat Temp Workers better after layoffs.

In November, they also mounted a company-wide walkout in response to the company’s handling of sexual harassment and forced arbitration, prompting Google to change its practices.

Amazon and Microsoft Employees have started criticizing their companies’ ties to military and police technology.

In March, the Crowdfunding Platform Kickstarter announced plans to Unionize.

But video game companies, with their close ties to the heavily Unionized Entertainment Industry and a workplace culture notorious for grueling hours and rolling layoffs, appear poised to become the first corner of the tech industry to organize.

An annual survey conducted by the International Game Developers Association, an industry group formed in the ’90s, has found interest in Unionization surging in recent years.

In 2009, the survey found only a third of Game Workers would support a Union at their company.

In 2019, that number had climbed to 47% answering “yes” and 26% answering “maybe” when asked if they thought Game Workers should Unionize - only 16% responded with a hard “no.”

To Continue Reading This Labor News Report, Go To: www.latimes.com/business/technology/la-fi-tn-video-game-union-movement-20190412-story.html?fbclid=IwAR08sjk74CBj-H8EjrVOID_OpED4zp6Z3Ye4u_5A-rFkYbL7phWt5xR5Qt8