Bank Of America Is Giving Its Workers A Pay Raise, Minimum Wage Set To Go Up To $20 An Hour 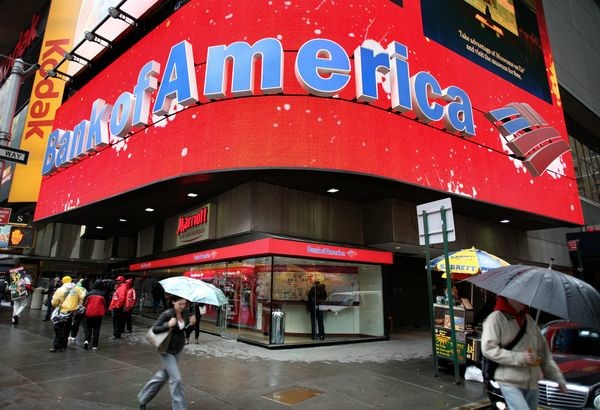 Workers for one of the largest banking institutions in America will receive a pay raise: Bank of America has announced it will raise its minimum wage to $20 an hour for all Employees.

“If you get a job at Bank of America, you’ll make ($41,000)” a year, Chairman and CEO Brian Moynihan said on MSNBC. “With the success our company has, ‘we have to share that success with our teammates.’”

The increase will occur in increments, with all hourly wages rising to at least $17 an hour on May 1st and continuing to rise until it reaches $20 an hour in 2021.

“We are raising our minimum wage because ‘we believe that to best serve our customers and clients, we need the best teams,’” Sheri Bronstein, Chief Human Resources Officer at Bank of America, said. “Saying ‘thank you, celebrating great work, and sharing our success further demonstrate our commitment to being a great place to work.’”

The announcement was made a day before Moynihan and five other banking executives were scheduled to testify before the House Financial Services Committee.  A number of members of the Democrat-led House have been critical of income inequality, which was a focus of many Mid-Term Elections around the Nation.

About a third of bank tellers received a form of public assistance in recent years, from SNAP Benefits to subsidized health care, according to a 2013 report from The Committee for Better Banks.

In years since, Bank of America and other banking institutions announced wage increases for Workers.

JPMorgan Chase announced last year a raise for all Workers to $15 an hour.

In Massachusetts, the minimum wage is $12 an hour and rising.

To Directly Access This Labor News Report, Go To: www.masslive.com/business/2019/04/bank-of-america-raising-minimum-wage-to-20-an-hour.html