Why Do Grocery Cooperatives Hate Unions? 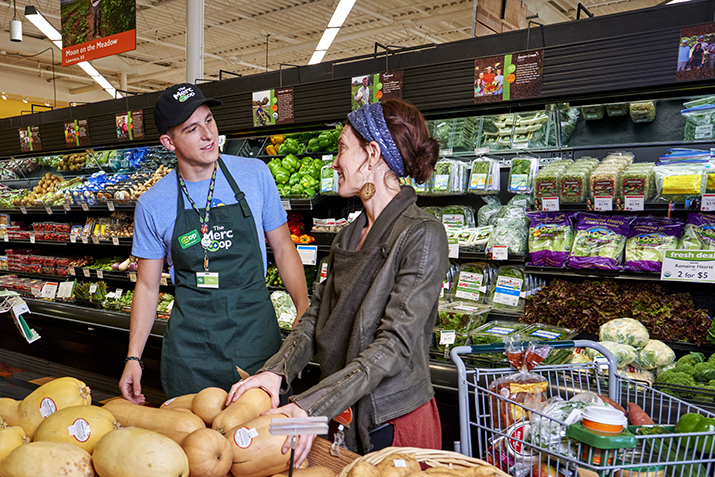 Organizing Work Editor’s Note: Marianne Garneau spoke to Workers in more than a dozen Grocery Cooperatives across the United States and Canada to produce this report on Co-Ops’ exploitation of Workers and history of Union-Busting.

We like to think of Grocery Cooperatives (Co-Ops) as islands of progressivism in an otherwise ruthless capitalist world.

First sprung up in the 1970s, these groceries are “member-owned,” essentially pooling customers’ purchasing power to acquire organic and “natural” foods at a reasonable price.

Because Grocery Co-Ops often buy locally-raised food directly from nearby farmers, and because profits are either put back into the Co-Op or paid out as dividends to consumer members, Co-Ops are seen as an investment in the local community.

Most explicitly embrace the language of “community,” “fairness,” “democracy” and so on, styling their identity as an alternative to the usual for-profit grocery store.

So it is all the more shocking how ruthless Cooperatives’ track record is when it comes to quashing Worker Rights and attempts to organize.

Grocery Co-Ops not only inflict the same indignities on Workers as corporate, for-profit stores – low pay, harassment, lack of benefits, etc. - but they are just as intolerant of Unions.

In fact, Co-Ops are arguably even worse than corporate groceries, because they cynically use the language of community and social mission to deepen their exploitation of Workers, while using their supposedly democratic structures to evade accountability.

They are a nightmare masquerading as a utopia.

This means they are owned not by the Workers, but by the people who shop in the store - a pool of a few thousand people who usually pay a small initial sum of money to become members.

Sometimes Grocery Co-Ops allow, and in rare cases might even require, consumer-members to work an occasional shift in the store, but the majority of the work of ordering food and stocking shelves, preparing deli dishes and ringing through purchases at the register, is done by a Full- or Part-Time Worker who is employed by the Co-Op for a wage.

Therefore, just like any other waged Worker, Workers at Grocery Co-Ops have an employer, the Co-Op, which is usually represented by a board and a store manager, and which dictates the terms of their employment.

On a day-to-day basis, Co-Op Workers report to supervisors and managers.

Those supervisors and managers may treat the Workers well or treat them poorly.

The Co-Op may pay the Workers well or pay them poorly.

Worker feedback to the employer may be handled well or handled poorly.

As is happens, Co-Ops treat their Workers very poorly.

Most Workers are paid at or near the Minimum Wage.

Benefits are often stingy, scheduling last-minute and inconsistent, and overwork and harassment are common.

Most of all, Workers describe a climate of fear or intimidation, with job security depending on one’s selfless devotion to the Co-Op and its alleged mission.

When Workers do speak up, management at best stonewalls them and at worst outright retaliates.

To Continue Reading This Labor News Story, Go To: http://organizing.work/2019/04/why-do-coops-hate-unions/?fbclid=IwAR2LpPB748e0TtvD5Vxablc3BDuR2VbetclfOk76iO0Ps692rI2bgqzWz9Q