New Labor College Launched In St. Paul, Minnesota - The Brookwood Labor College, Whose Mission Is To Advance Both The Immediate & Long-Term Goals Of The Labor Movement 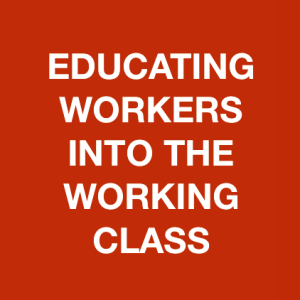 (ST. PAUL, MINNESOTA) -After months of planning, a small group of Labor Leaders, activists and scholars opened a new Labor College in St. Paul, Minnesota, inspired by the belief that Working People can build the Labor Movement of the future, in part, by looking to the past.

Classes began April 12th at the New Brookwood Labor College.  It’s modeled after a school for Labor Organizers that operated from 1921 to 1937 in Katonah, New York.  That college attracted over 600 students, who went on to lead major Union and Civil Rights Campaigns across the country in the decades to come.

However, that school’s lifespan was brief, said Robyn Gulley, a Co-Founder of New Brookwood and Local Labor and Human Rights Organizer, but its impact was great.

“It’s hard to read a book about Labor History without coming across Brookwood Labor College,” Gulley said. “Brookwood left behind a tremendous legacy.  And it was Co-Ed, it was racially diverse, and it was ethnically diverse at a time when that was basically unheard of.”

“One sign of Brookwood's influence is just how much it changed American Labor Unions.  Many of Brookwood's beliefs - mass Unionization, Unionization of Skilled and Semi-Skilled Workers, an end to gender and racial discrimination, support for Social Insurance Programs - were later adopted by mainstream Labor,” the Wikipedia citation adds.

Brookwood’s brand of inclusiveness and forward thinking hasn’t lost its relevance in an era of intense cultural and political divides in the U.S. - and the gaps between rich and Working People have widened back to the bloated levels of the 1920’s, when the original Brookwood began educating Organizers.

If ever there were a time for a reboot, Labor Historian Peter Rachleff said, this is it.

“The Brookwood Labor College came along at a time when the Labor Movement needed critical thinking - how to organize when traditional forms of work (Skilled Manual Labor) were being challenged by assembly lines and scientific management, how to organize a workforce that was increasingly diverse by race, gender and ethnicity, how to organize when corporate management was dead-set against negotiating with Unions, how to organize when employers were able to use laws and court decisions to undercut Workers’ Rights,” Rachleff said.  “Does this sound familiar?”

New Brookwood classes are held at the East Side Freedom Library in St. Paul.  Rachleff, who taught history for 30 years at prestigious Macalester College, and Gulley, who served as an Instructor in the University of Minnesota’s Undergraduate Leadership Program, will be among the academics co-leading courses with local organizers.  They were part of a planning group that included leaders of roughly a dozen local Unions and community groups that often work in partnership with the Labor Movement.  Staff from the University of Minnesota’s Labor Education Service and Metro State’s Advocacy and Political Leadership program also participated.  Together, they developed New Brookwood’s “core curriculum” of four classes, offered two at a time, to cohorts of between 10 and 15 students.  Organizers anticipate as many as three cohorts per year.

New Brookwood is intentionally not accredited and offers no grades or diplomas, a structure that keeps tuition costs low and makes the school as accessible as possible.

The curriculum, according to promotional materials, is “rigorous.”  Students are expected to produce work that “will advance both the immediate and long-term goals of the Labor Movement.”

But Gulley said the New Brookwood experience won’t end with core classes: “Our goal is to figure out ways to keep people engaged on a continuing basis, so that we’re building up community and a diverse group of people from different Unions who can get together and talk about how to unify on pressing issues.”

New Brookwood isn’t out to replace existing Labor Education Programs, organizers say, but it is intended to be something different.

“You can’t throw a stone without hitting a sign advertising an MBA program,” Gulley said. “There’s really not anything like New Brookwood.”

Most existing Labor courses or training focus on meeting the needs of Workers already in Unions, whether it’s bargaining better contracts, filing grievances or serving as elected officers.

While Unions’ share of the workforce has dwindled in recent years, and Anti-Union politicians, employers and court rulings have made it harder for Workers to join together, New Brookwood organizers envision a more outward-looking curriculum.  “We have to think about how we can bring new people into the Labor Movement,” Gulley said. “We deeply believe that we can’t do that without dealing with oppression and power imbalances.”

Rachleff said New Brookwood “will offer a space, a framework and opportunities for dedicated instructors and Workers to come together to find the answers needed for our times,” from how Working People push back against corporate and political attacks to how they organize in a changing economy.

“We’re educating Workers into the Working Class,” she said.

Welcome to the New Brookwood Labor College to the struggle that rages all around us! In Solidarity, Jim Young - Harrisburg, PA Posted by on April 25, 2019 at 4:38 pm