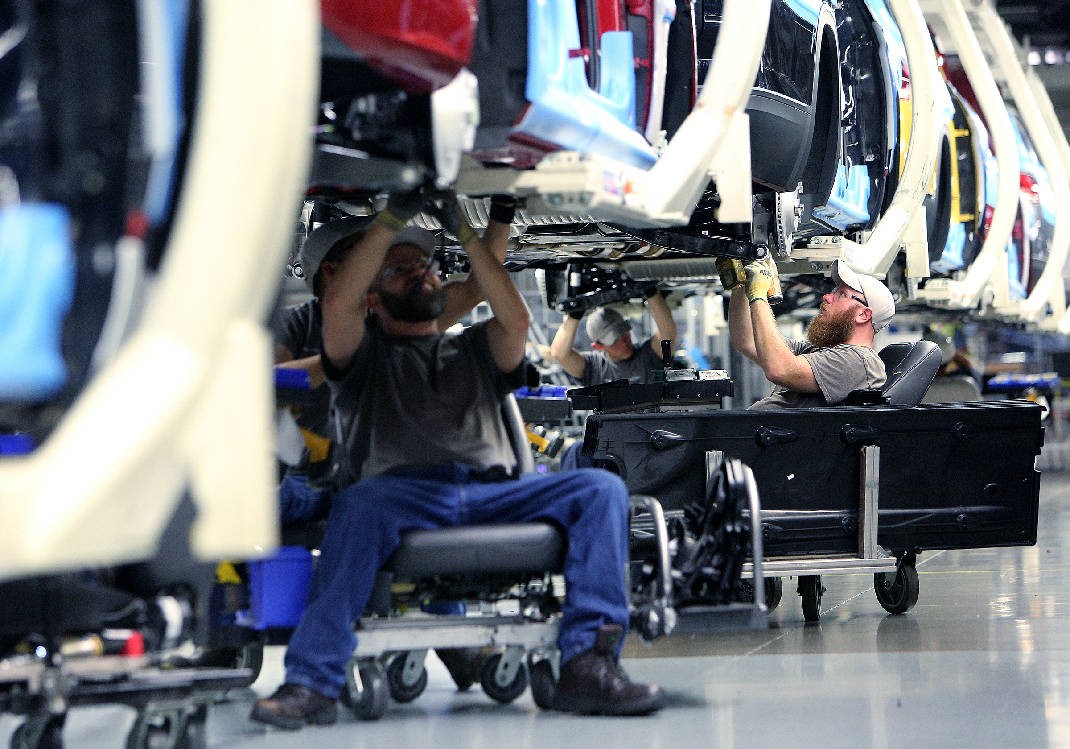 (CHATTANOOGA, TENNESSEE) - A group of Volkswagen's Workers in Chattanooga filed a petition with the National Labor Relations Board (NLRB) this week for an election to join the United Auto Workers (UAW), saying they want the right to bargain like other VW Employees worldwide.

The petition seeks an election for all Production and Maintenance Workers in Chattanooga on April 29th and 30th.  It would be the second such election at the plant.  In 2014, the UAW lost a vote of the Plant's Workers by a margin of 712-to-626, but in 2015, the Plant's Maintenance, or Skilled Trades Workers, voted 108-to-44 to align with the UAW.

Ashley Murray a Chattanooga Production Worker on the night shift, too asked why Chattanooga Workers "are treated differently."  "Why in Chattanooga ‘do we have to make suggestions, not sit down and bargain like every other VW plant?,’" she asked

Cochran said an election is about Chattanooga's VW workforce.  "This ‘isn't about’ politicians. ‘It's not about outsiders.’ ‘It's about Chattanooga Workers,’" Cochran added. "We ‘deserve the same rights as Spring Hill Workers and every other VW Worker in the world.’"

While the Maintenance Workers at the plant earlier agreed to align with the UAW, Volkswagen has said it won't bargain with the micro-Union because it wants all its Blue Collar Workers to vote on organizing the Chattanooga factory.

That case is currently before the NLRB.

To Directly Access This Labor News Story, Go To: www.timesfreepress.com/news/breakingnews/story/2019/apr/09/volkswagen-workers-file-petition-united-auto-workers/492230/?fbclid=IwAR1fNOHzM8QA4n9WYaF4PeGpVGWKv6ziHtsGjW12EzsSnXRDinRJ9tZI5zk