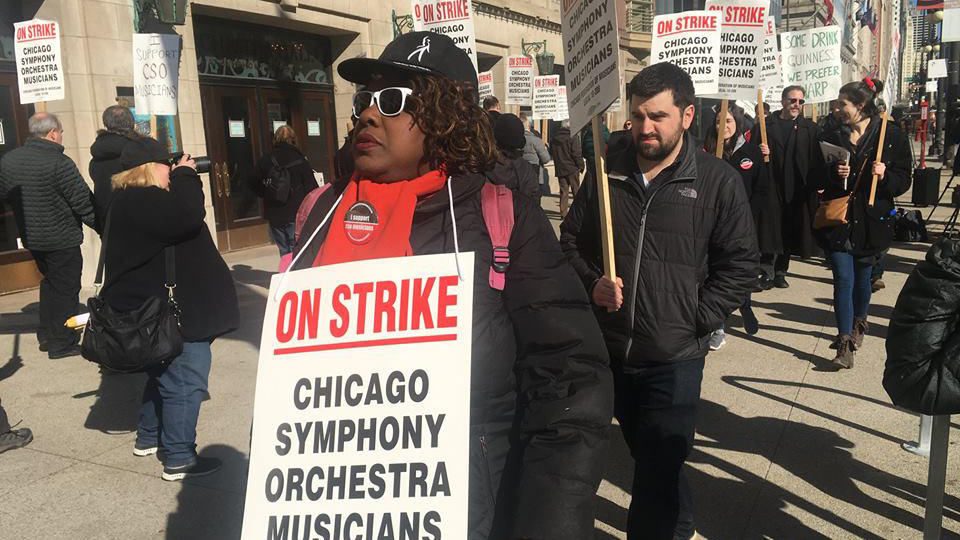 CSO Association management proposed a five-year contract to replace the current three-year agreement.  Musicians' salaries would have been raised 11.5% over the five years.  The proposed retirement plan would have allowed Musicians to select either July 1st, 2020, or July 1st, 2023, as the date to transition to a Defined-Contribution Plan from the current Defined-Benefit Plan.  It also raised to 8% from 7% management's contribution to the Defined-Contribution Plan.

Retirement benefits have been a main source of contention during negotiations, which began in September, when the Musicians' last three-year contract expired.

In rejecting the plan, Musicians say it would deny new hires a guaranteed retirement benefit and keep two-thirds of the orchestra from getting any increase in their pension.

They say the suggested pay raise works out to an average of 2.3% a year, which "puts the CSO further behind the salary offerings of San Francisco and Los Angeles," according to a statement announcing the vote.

“We are extremely disappointed that management refuses to hear the Musicians’ concerns about a secure retirement for the Musicians and a secure future for the CSO,” Steve Lester, who serves as Chair of the Musicians’ Negotiating Committee, said in the statement.

The Musicians' plan called for continuing the Defined-Benefit Pension, but capping pension payments and funding retirement based on an agreed-to formula.

The CSO has already canceled 33 performances, by the orchestra and other musical groups, due to the Strike.

The continuing Strike will force additional cancellations, the association said in its statement.

The Musicians, members of the Chicago Federation of Musicians Local 10-208, walked off the job on March 10th, after nearly a year of fruitless negotiations on their new three-year contract.

They had been working on an extended contract since September.

To Directly Access This Labor News Report, Go To: www.chicagobusiness.com/arts-entertainment/cso-musicians-reject-managements-last-best-and-final-offer