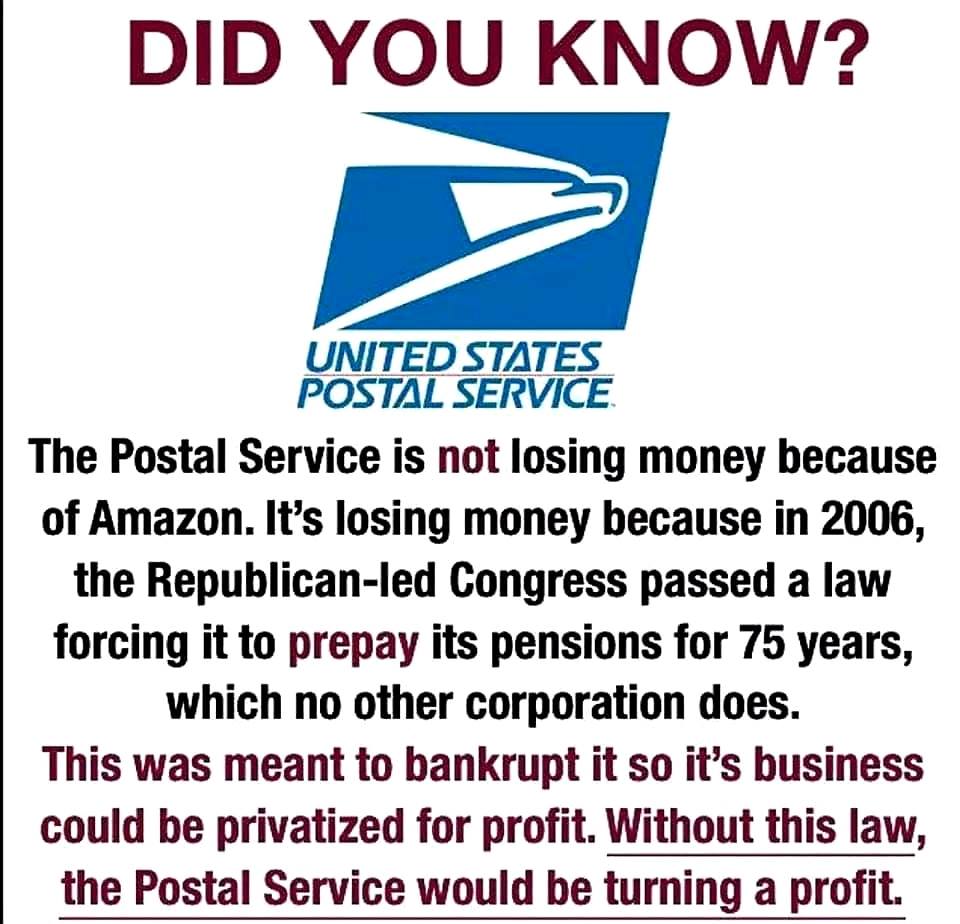 TruthOut Editor’s Note: Brian Wakamo is a Researcher on the Global Economy Project at the Institute for Policy Studies.

Blame it on the Unions - when corporations, governments or public agencies are facing financial challenges, this is often the default explanation.

We saw this knee jerk response at a recent Senate hearing on the U.S. Postal Service.  The Committee on Homeland Security and Government Affairs called the March 12th hearing to discuss recommendations from a task force appointed by Republican President Donald Trump that included cutting or privatizing various Postal Services, increasing delivery prices, and - you guessed it - eliminating Employees’ rights to Collective Bargaining.

Committee Chair Ron Johnson, a Wisconsin Republican, seized on the Anti-Union proposals and repeatedly inquired about the wages and benefits that United States Postal Service (USPS) Employees enjoy compared to Private Sector Employees.  He also questioned whether Postal Workers should be allowed to continue to collectively bargain over wages.

This hardly comes as a surprise.

Johnson was an ardent supporter of Republican Governor Scott Walker’s efforts to undercut Public Sector Unions back in his own State.

Why wouldn’t he be just as eager to cut Union Rights for Postal Employees?

As the Trump Task Force notes, Postal Service Employees have more rights than other Federal Workers to bargain over wages and benefits.

The Workers won these rights during what’s known as the Great Postal Strike of 1970.

Over the course of a week, as many as 200,000 Postal Workers walked off the job or called in sick to protest their meager pay, poor working conditions and long hours – and they shut down post offices down in 13 states.

When the then Nixon Administration finally reached a settlement with the Workers, Wage Bargaining Rights were part of the deal.

Nearly five decades later, the Trump Task Force now argues Postal Workers don’t deserve these rights because they don’t face “the same level of risk that their company will go out of business” as Private Sector Workers do. 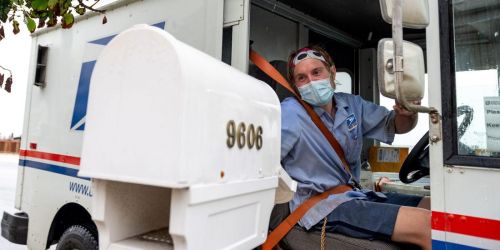 Over the past decade, they point out, the Postal Service has endured tremendous insecurity, with the closure or consolidation of 485 of its 685 Mail Processing Facilities, more than 200,000 career job cuts, and reduced hours of operations at 13,000 primarily rural post offices.

Despite these cutbacks, the Postal Service is still a vital source of good jobs in every community - and Union Rights are a key factor.

Unionized Workers are also more likely to be covered by employer health insurance.

Attacking Postal Workers’ Union Rights is merely an ideological distraction from the real cause of the Postal Service’s financial losses.

To Continue Reading This Labor News Report, Go To: https://truthout.org/articles/scapegoating-unions-for-the-postal-services-phony-crisis/

'No surprise here' - his Anti-Union action 'has been going-on for a number of years now.' Now, with the 'orange-skinned' billionaire at the helm and his minions - the GOP Senate, 'another push is forthcoming.' 'Fortunately, the House will not entertain such a proposal.' Posted by Dan Boody on April 10, 2019 at 6:37 pm