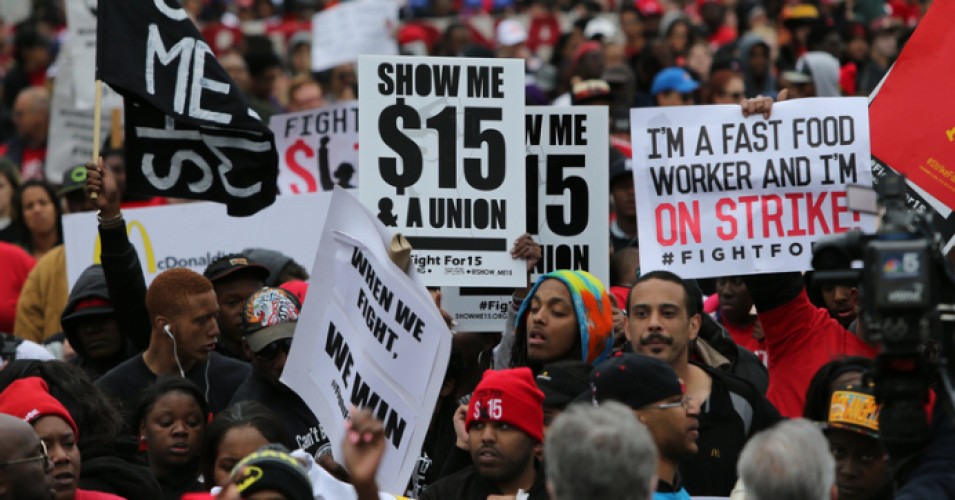 (WASHINGTON, D.C.) - The Congressional Progressive Caucus is fighting back against an attempt by Centrist Democrats to undercut the push for a $15 Federal Minimum Wage with legislation that would allow lower hourly pay in "rural areas."

"We want to pass a full ($15) Minimum Wage Bill," U.S. Representative Pramila Jayapal (Democrat-Washington) told Politico in an interview. "We're very clear about that.  Being in Congress means leading and we need to lead on minimum wage."

Politico first reported leaders of the Progressive Caucus were "lobbying fellow Democrats to help extinguish" the Moderate Faction's proposal.  The Moderates' legislation - led by Rep. Terri Sewell (Democrat-Alabama) - would establish a "Regional Wage" adjusted to local cost of living, as opposed to the $15 Federal minimum proposed by the Raise the Wage Act.

But U.S. Representative Bobby Scott (Democrat-Virginia), the lead author of the Raise the Wage Act, said a Regional Wage would harm low-income families.  "Low-income areas would be locked in to lower wages," Scott told Politico. "We don't have differentiated payments for Social Security."

An anonymous Progressive Aide echoed Scott, telling Politico the "Regional Minimum Wage Proposal is a clear attempt to water down the Raise the Wage Act."  "Poverty wages shouldn't be acceptable anywhere in America," the aide said.

In a letter to The Washington Post, the Reverend William Barber of the Poor People's Campaign and Mary Kay Henry of the Service Employees International Union (SEIU) said a Regional Wage "would exacerbate existing racial and geographic disparities that have kept millions of Workers behind for decades."

"Half of Black Workers across the country live in States where the Minimum Wage has stayed at or below $7.25 an hour, most concentrated in the South," Barber and Henry wrote. "And, ironically, while a Regional Wage would harm black workers, especially Black Women, the worst, it would end up hurting Workers of all colors by keeping a decent wage floor perpetually out of reach."

The inter-party dispute between Centrists and Progressives over the Raise the Wage Act comes after a recent survey sponsored by the National Employment Law Project found 65% of voters in Democratic-led swing districts support raising the Federal Minimum Wage to $15 an hour.

The fight between the Progressive Caucus and Moderate Democrats over the $15 Minimum Wage is part of a broader struggle between the two factions over the direction of the party.

To Read This Labor News Report In Its Entirety, Go To: www.commondreams.org/news/2019/04/04/progressives-fight-back-against-centrist-democrats-ploy-water-down-15-minimum-wage