An Injury To All  The Past & Future Of The American Strike 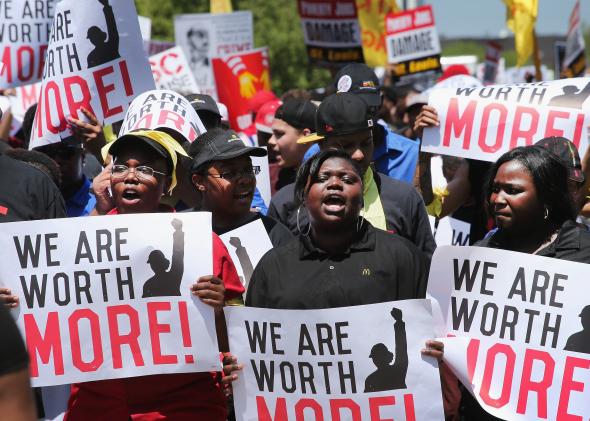 I played a pretty big role in a Labor Fight noted in Erik Loomis’s entertaining, tough-minded, and strenuously argued new book: A History of America in Ten Strikes.

Back in the day, I was a “comprehensive campaign” guy - the newish strategic paradigm that was supposed to compensate for Organized Labor’s loss of shop-floor power by investigating and pressuring a company’s entire business operation.

Loomis describes one such campaign: A lockout of 1,700 Members of the United Steelworkers (USW) at the Ravenswood Aluminum Corporation (RAC) in Ravenswood, West Virginia, between 1990 and 1992.

Marc Rich controlled the RAC, and as the world’s most powerful metals trader, he was nicknamed “Aluminumfinger,” a nod to the classic James Bond villain Auric Goldfinger.

At the time, Rich was a top target of the FBI and Interpol and a fugitive from justice, having been indicted in 1983 for what was then the largest tax-evasion case in US History (President Bill Clinton later controversially pardoned him for his alleged crimes.)

The Workers were steeped in West Virginian Solidarity and the campaign that we organized spared no expense or effort in attacking Rich’s international empire.

The USW sent Workers all over North America and Europe to harass Rich - from New York and Vancouver to London, Amsterdam, Paris, Bucharest, and Zug, Switzerland, where Rich lived, protected by the country’s lenient money-laundering laws.

The campaign disrupted Rich’s business deals and got the U.S. Mint to stop buying copper from a man who had flouted the American System of Justice.

Loomis writes only a few sentences about the campaign and he can’t convey how crazy, often scary, and just damn exhilarating the whole thing was: The “Got him!” thrill that I had in the bowels of the Jackson County, West Virginia Courthouse when I found a loan document signed by a top assistant to Rich, thus confirming Rich’s control of the RAC (pre-Internet research, young’uns!); A risky effort to personally embarrass Rich at the World Economic Forum in Davos; The death threat delivered in person to my boss on a London street by large men emerging from a black BMW; The attempted murder on an Alps ski slope of a business competitor of Rich’s who was one of our informants; The puppet theater in European squares with solidarity support from Foreign Unions; and the Marc Rich Wanted poster in eight languages distributed all over the world, which drove him crazy.

And the best part is that we won!

All the Workers got their jobs back, the hated local plant manager was fired and, in Bond-villain style, Rich hosted the USW’s President and Vice President in his Zug hideaway, serving champagne to the Union Adversaries who had taken him down.

But then deindustrialization hollowed out the RAC.

The company went through a few new owners, changed its name, and finally stopped production in 2009 (although a more successful segment of the company has modernized its operations and still employs 1,100 Unionized Workers).

So thinking about the best and most interesting work of my Union Career is bittersweet: The Workers and the Union were aggressive, stalwart and inventive - but the Nation’s Union Density numbers in the wake of our victory only continued to decline, year after year after year.

No, this campaign did not mark “the Revival of American Labor,” as the subtitle of Ravenswood, Tom Juravich and Kate Bronfenbrenner’s excellent book on the lockout, hopefully proclaimed.

To Continue Reading This Labor News Story, Go To: www.thenation.com/article/erik-loomis-history-of-american-strikes/