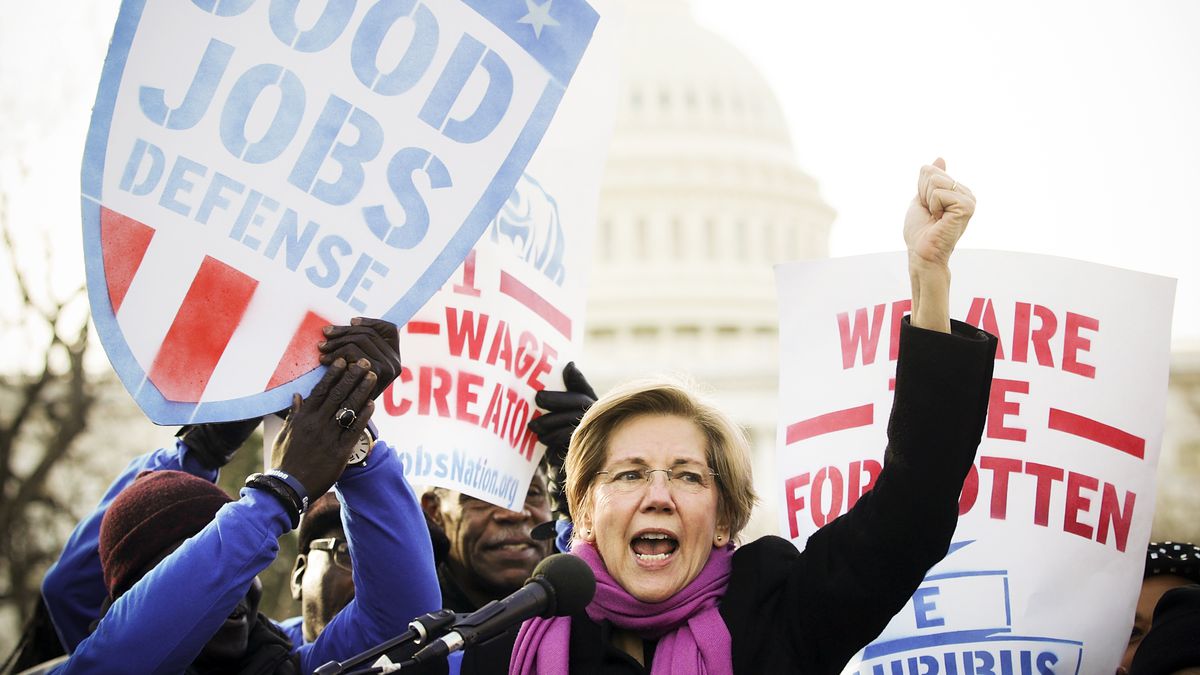 "Corporations don't make decisions, people do, but for far too long, CEOs of giant corporations that break the law have been able to walk away, while consumers who are harmed are left picking up the pieces," Warren said in a statement.

According to a summary released by Warren's office, the Corporate Executive Accountability Act would expand criminal liability to executives of companies that: Are found guilty, plead guilty or enter into a deferred or non-prosecution agreement for any crime; Are found liable or enter a settlement with any State or Federal Regulator for the violation of any Civil Law if that violation affects the health, safety, finances, or personal data of 1% of the American population or 1% of the population of any State; and Are found liable or guilty of a second Civil or Criminal Violation for a different activity while operating under a civil or criminal judgment of any court, a deferred prosecution or non-prosecution agreement or settlement with any state or Federal agency.

Under Warren's bill, punishment for a first offense would be "up to one year" of jail-time.

A second offense would carry up to three years in prison.

The Corporate Executive Accountability Act would apply to companies with more than $1 billion in annual revenue.

"Our justice system should ensure that if you cheat Working Americans, you'll go to jail," the Massachusetts Senator tweeted.

Warren also reintroduced the Ending Too Big to Jail Act, with the goal of holding executives of Wall Street banks accountable for financial crimes.

"These two bills would force executives to responsibly manage their companies, knowing that if they cheat their customers or crash the economy, they could go to jail," said Warren.

To Read This Labor News Story In Its Entirety, Go To: www.commondreams.org/news/2019/04/03/cheat-working-americans-youll-go-jail-warren-unveils-bill-punish-criminal-ceos?fbclid=IwAR2sSvJk0L-7l92o06Ud52Y8t40CN8jHbr7AtVLHEqXqdlwwBx2I91ErYiw