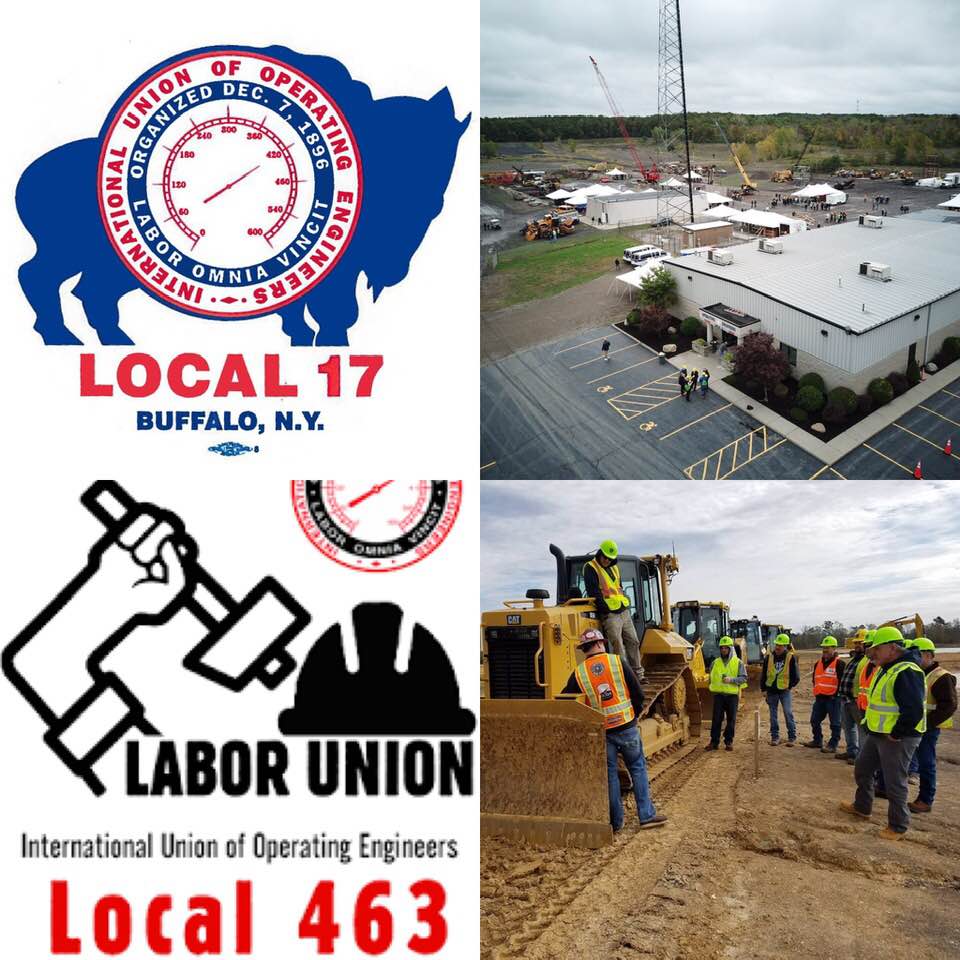 (LAKEVIEW, NEW YORK) – International Union of Operating Engineers (IUOE) Local 17 and Local 463 are merging in Western New York, which will strengthen the Union across the Niagara Frontier with a combined 2,000 Members, IUOE Officials say.

Merger of the two Locals was slated to be formally addressed Friday (April 5th) evening at Local 17’s Membership meeting that will be held at the Union’s Lakeview Headquarters.  Local 17 represents a little more than 1,800 Members, while Local 463 represents 170, with about 20 working in Local 17’s jurisdiction that includes Erie County and the City of Buffalo.

In a three-page letter sent to both the Memberships of Local 17 and Ransomville-headquartered Local 463 in mid-March, International President James Callahan detailed a number of reasons for the merger, including declining infrastructure spending in Niagara County where Local 463’s jurisdiction covers.  Such spending, Callahan said, has “remained flat or has experienced little improvement” over the years.  “The merger will provide greater efficiency and will enhance the ability to protect the interests of the Membership of both Locals,” Callahan further wrote.

Local 463’s Officers, including Business Manager Lyle Evans, will continue to serve in their official capacity until the effective date of the merger, Callahan said, which is May 1st (2019).

Local 17 Business Manager Gary Swain, Callahan said, “has indicated he will give serious consideration to retaining some or all of the Full-Time Officers and Staff of Local 463, as well as a willingness to retain Local 463’s Office and Office Staff in Ransomville - provided all agree to utilize their best efforts to work to make the merger a success.’

The merger is not expected to impact any Local 463 Bargaining Representative or Agent, Callahan said.

“Nothing in this Agreement of Merger or in the act of this merger should be construed by an entity whatsoever as a loss of support by the Membership of Local 463, nor shall this internal reorganization give reasonable belief to any employer that it is relieved of the lawful obligation to recognize and negotiate with Local 17 as the merged and affiliated Bargaining Representative of the Members of Local 463,” Callahan wrote.

Upon the effective date of the merger, an Advisory Board consisting of former Local 463 Members may also be appointed, he said.

Alan Pero, the IUOE’s Northeast Regional Director, is supervising and finalizing all details of the merger, Callahan said.