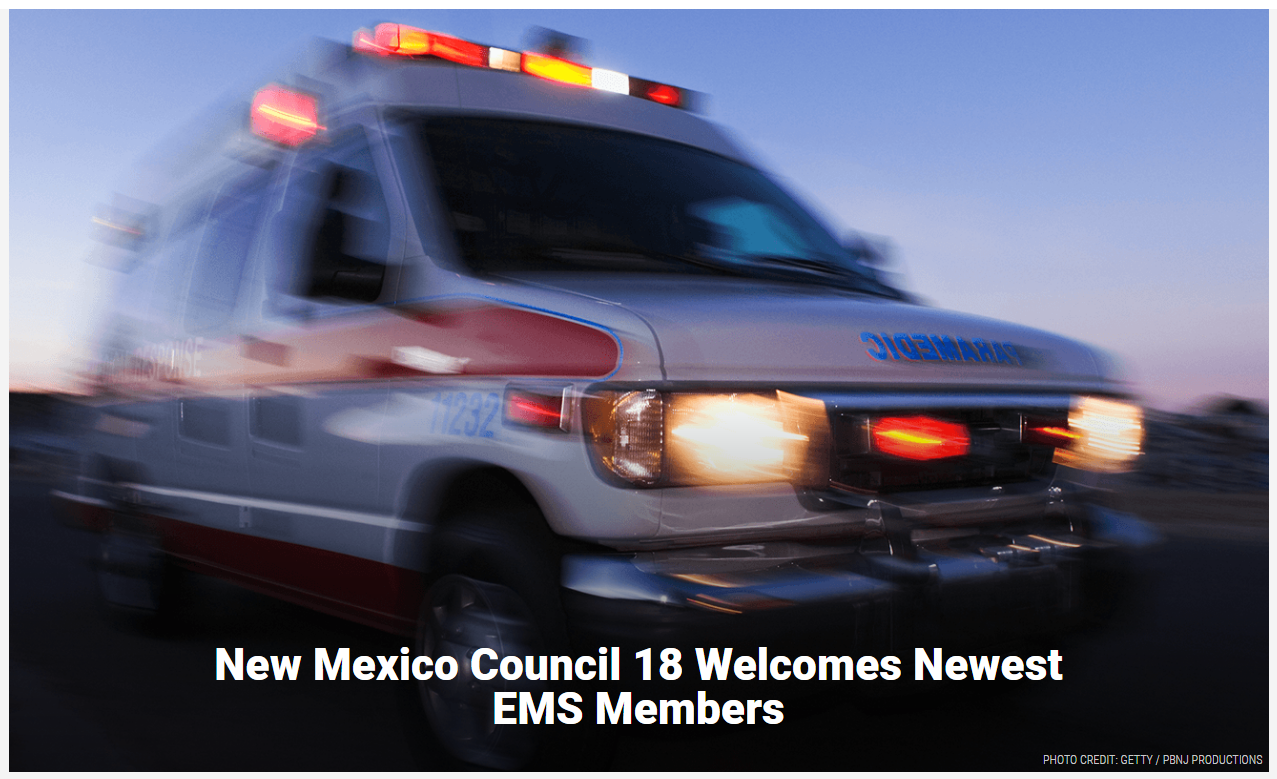 The Bargaining Unit of almost 30 Workers held an election in early to vote on joining AFSCME’s New Mexico Council, making them the second Superior Ambulance Unit to become Union-represented Members with AFSCME in the Southwest Region.

“It ‘offers further proof’ that AFSCME Council 18 and EMS Workers United-AFSCME ‘are the Unions for EMS Professionals throughout New Mexico and across the country.’  ‘We are proud to welcome them into our Union Family,’” AFSCME Council 18 Executive Director Connie Derr said.

James Certain, a Paramedic and a Lead Organizer, explained why his and his Co-Workers - Paramedics, Critical Care Paramedics, Transport Technicians, etc. - decided to go the Union Route after they realized that having a collective voice was the best way to ensure fair and equitable treatment by Superior Ambulance.

“We ‘did this for ourselves, our families, our community and to foster a more professional relationship with Superior Ambulance,’” he said. “We are a ‘major reason for the success of Superior Ambulance and we organized to ensure our patients continue receiving the highest level of care.’”

The Workers are eager to use their newfound strength to resolve persistent workplace issues such as equipment availability and safety.

Trucks are a particular concern because they were frequently breaking down and the Workers felt that there weren’t enough of the vehicles to do their jobs adequately.

Making sure their gear works is another concern for these Workers.

With an overwhelming majority of workers voting to join AFSCME, the Workers said they are excited to begin bargaining their first contract.

“Just like we did during our Organizing Drive, we plan to show Superior management ‘that it is in everyone’s best interest to negotiate with us in good faith,’” Certain said. “We are ‘committed to working with Superior Ambulance as long as our voices are heard and we receive the dignity and respect we have worked so hard for.’”

To Directly Access This Labor News Story, Go To: www.afscme.org/now/new-mexico-council-18-welcomes-newest-ems-members