Congress Probes AT&T's Broken Jobs Promises - In Testimony Given To The U.S. House Ways And Means Committee, CWA President Chris Shelton Says AT&T Is A Prime Example Of How Those Promises Have Not Become Reality 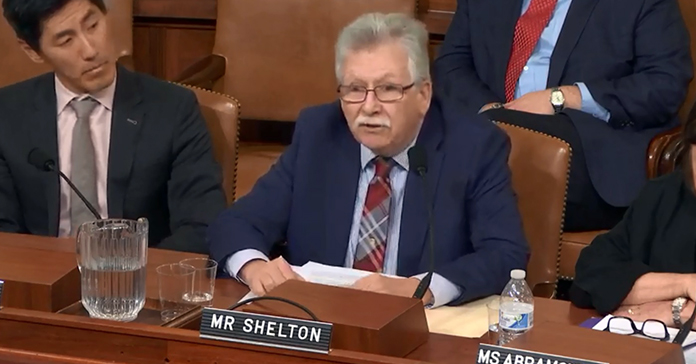 (WASHINGTON, D.C.) - When the Republican Corporate Tax Cut Bill was being debated, AT&T CEO Randall Stephenson was happy to make big promises to the American people that if it passed, AT&T would create thousands of new jobs - but it turns out those promises were a scam, just like the Corporate Tax Cut Bill itself, a massive giveaway to corporations paid for by Working Families.

Communications Workers of America (CWA) President Chris Shelton testified before the U.S. House Ways and Means Committee at a hearing examining how the promises Republican Leaders and corporations made on job creation and raising wages have not been fulfilled after the passage of the Tax Bill.

"One ‘need look no further than our experience at AT&T for a prime example of how those promises have not become reality,’" Shelton told Congress. "AT&T CEO Randall Stephenson ‘was one of the most visible and aggressive supporters of the corporate tax cuts.’  In his public statements in the media and to Employees, he ‘promised AT&T would create at least (7,000) new jobs if the tax cuts were to become law.’   ‘Instead, since December of 2017 when the Tax Law was passed by Congress and signed by the President, AT&T has eliminated (12,321) Union Jobs.’"

In advance of the hearing, CWA released a new analysis suggesting that after refunds, AT&T paid no cash income taxes in 2018 and slashed capital investments by $1.4 billion.

Shelton brought with him hundreds of hand-written letters that CWA Members who work at AT&T had written to members of the Committee and read from some of them at the hearing.

"Unless the focus ‘is on how we strengthen’ the American Worker ‘and not how we reward those people at the top who are already doing quite well, we are going to see more (layoffs).’  This Tax Cuts and Jobs Act ‘was a jobs cut and tax act,’" Kildee said.

Shelton pointed out AT&T is not the only employer that has not shared the benefits of its tax windfall with its Employees, citing General Motors, American Airlines and Wells Fargo as other corporations benefiting from tax cuts while under-investing in Employees and cutting jobs.

Shelton urged Congress to call for AT&T CEO Randall Stephenson and other corporate executives to testify and explain exactly what they did with their tax windfall and what is really behind the job cuts.

To Directly Access This Labor News Story, Go To: https://cwa-union.org/news/congress-probes-atts-broken-promises-on-jobs?fbclid=IwAR11RQQUrFXr9ZFMOAxHFGsmI-gVNYAnVZUQdUfSwJyc-Shwlywi4-N-jJo And You Can Watch CWA President Shelton's Testimony Here.