We Need To End The Trade School Stigma 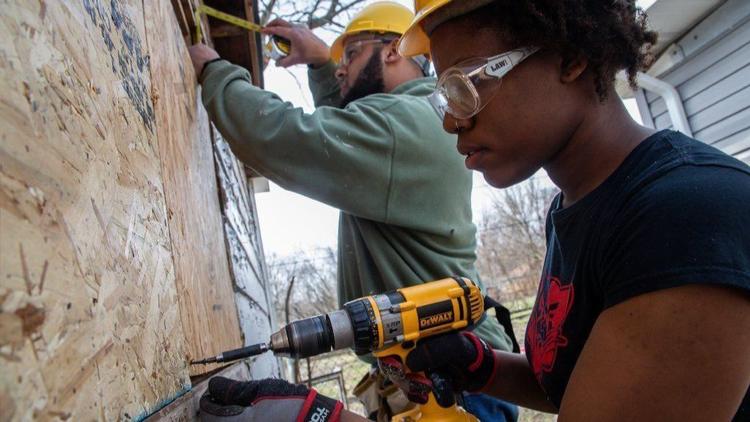 During one of the classes I taught at the University of South Carolina, I had a great student that we’ll call Tim, who aced my first year English class.  He was fun and funny, a good writer and a smart kid.  Several years later, I learned Tim had decided to ditch his university education - which he had finished, by the way - and go to Trade School.  Today, Tim’s the best Plumber I’ve ever had.  I love that my former student comes over to unclog my drain and I’m always proud to point out to my sons: “You know, I taught Tim,” I tell them. “Isn’t that awesome?”

Then I recommend him to all my friends.

I’m not being facetious.

I’m as proud of Tim as I am of one of my other students, who recently got her MD.

When I was a kid, Vocational School or Trade School had a certain stigma - because if you wanted to be “successful,” you had to go to college.

That’s what our parents told us.

That’s what our Teachers told us.

That’s what everyone told us, had told us since we were small.

That’s a hell of a lot of kids being told they need they need a college education to succeed in life. especially when the path to a surer job, better money, and a more stable job, according to The Atlantic, may come through a Trade School, or so-called Vocational Schools.

As they say, “The manufacturing, infrastructure, and transportation fields are all expected to grow in the coming years - and many of those jobs likely won’t require a four-year degree.”

In other words, your kids don’t need to drop tens (or even hundreds) of thousands of dollars to party at a four-year institution.

They can attend a two-year Trade School just after high school - or, in some cases, concurrently - and walk out into a stable job.

But there’s a problem - and it’s not with Trade Schools.

It’s the way we view Trade School - as something less ambitious than a four-year college - hasn’t changed much.

Many parents still see these schools, which can offer great opportunities, as a Plan B.

As one mother told The Atlantic: “Vocational Schools where we grew up seemed to be reserved for people who weren’t making it in ‘real’ school, so we weren’t completely sure how we felt about our son attending one.”

Another parent, when she told an acquaintance that her 3.95 GPA-rocking son was attending Vocational-Technical School, the friend immediately asked: “Why?  Is he having trouble with school?”  She went on to say that, “I am finding as I talk about this that there is an attitude out there that the only reason you would go to a Vo-Tech is if there’s some kind of problem at a traditional school.”

To Continue Reading This Labor News Report, Go To: www.scarymommy.com/end-trade-school-stigma/?fbclid=IwAR17XC6zeGCOBvGkR0Z4ft6fKE7c7xii4aunxpVgmjuYou7IT2cLjj1YfaY