How About This? - McDonald's Says It Will Stop Fighting Minimum Wage Hikes 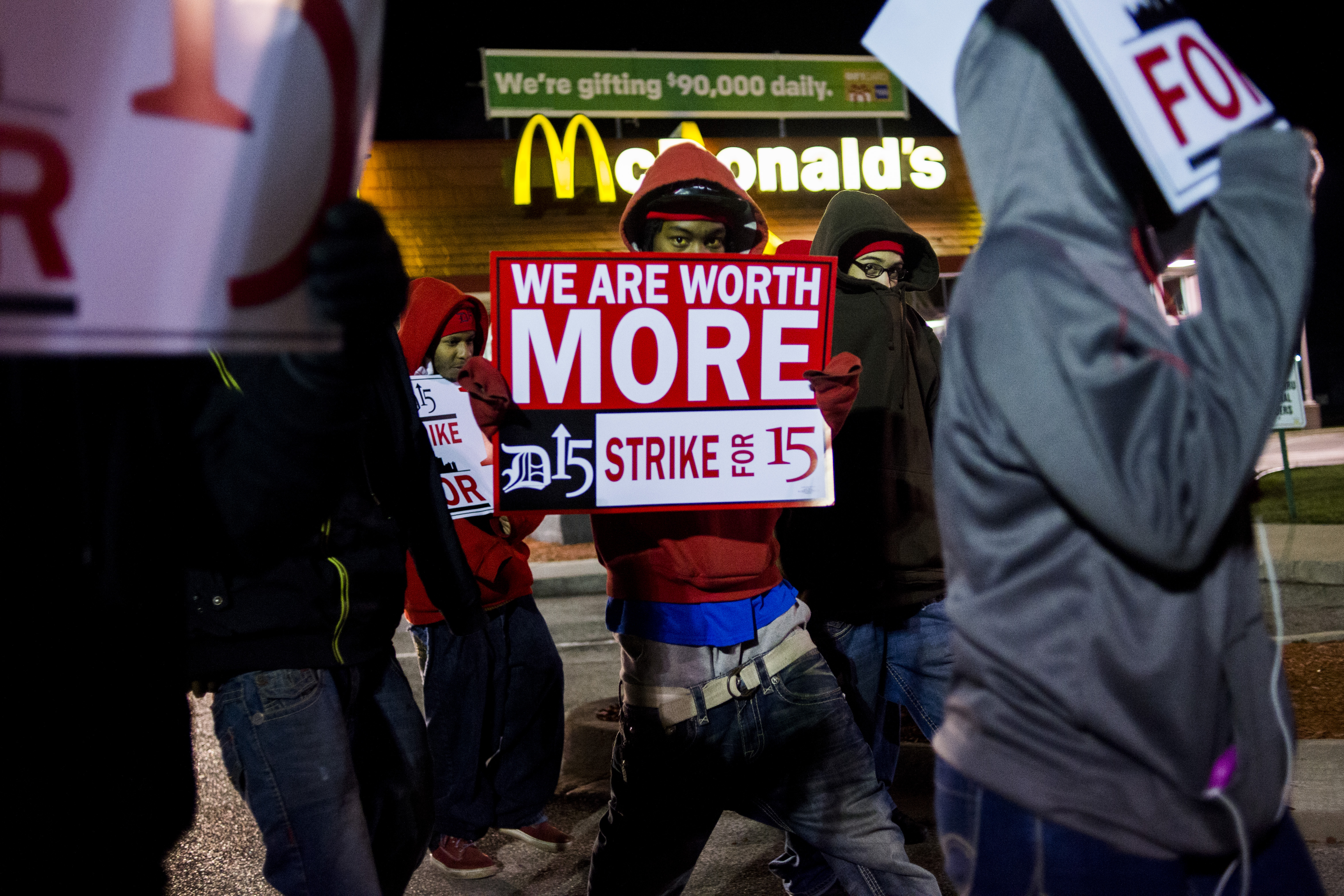 (CHICAGO, ILLINOIS) - McDonald’s says it will no longer fight proposals to raise the minimum wage, a reversal for the fast food giant after years in the crosshairs of the Fight For $15 Movement.

In a letter to the National Restaurant Association, Chicago-based McDonald’s wrote that, going forward, the company “will not use our resources, including lobbyists or staff, to oppose Minimum Wage increases at the Federal, State or Local Levels, nor will we participate in association advocacy efforts designed expressly to defeat wage increases.”

The letter comes as a bill to raise the Federal Minimum Wage to $15 an hour by 2024, up from $7.25 currently, approaches a vote on the House floor after clearing a committee earlier this month in the Democrat-controlled chamber.

Numerous cities and States have approved or are considering wage hikes, including Illinois, which this year adopted a law to raise the Minimum Wage to $15 by 2022.

McDonald’s, which has 14,000 restaurants in the U.S. with 800,000 Employees, said in the letter that the conversation about wages is “one we wish to advance, not impede.”

The average starting wage in corporate owned stores is $10 an hour and in franchise stores, which represent 90% of the chain, it is “likely similar,” though those wages are set by independent operators.

“We want Employees to choose McDonald’s as an employer because they see in us a place that provides valuable and portable skills and a safe, respectful work environment,” said the letter signed by Genna Gent, Vice President of Government Relations at McDonald’s.

It added that the company plans to engage elected officials on the wage discussion and that it believes wage hikes should be phased in and that all industries should be treated the same way.

The shift in tone by McDonald’s comes as employers struggle to find and keep good Workers and as attention to widening income inequality has helped sway public opinion in favor of wage increases.

Other large employers also have acquiesced to demands for higher wages, including Amazon, which last year announced it would pay a starting wage of $15 an hour and supports the Federal Legislation to raise the Minimum Wage.

But McDonald’s was long the golden archenemy of the Fight For $15, an advocacy group funded by the Service Employees International Union (SEIU) that organized protests and Strikes of Fast Food Workers and later other Low-Wage Workers, to clamor Minimum Wage increases and Union Rights.

“Now, McDonald’s needs to use its profits and power to give thousands of Cooks and Cashiers across the country a real shot at the Middle Class by raising pay to $15 an hour and respecting its Workers’ right to a Union,” SEIU President Mary Kay Henry said in a statement. “It needs to follow the lead of companies like Target and Costco who pay $15 so that Workers don’t have to stitch together two and three jobs in order to support themselves and their families.”

To Continue Reading This Labor News Report, Go To: www.chicagotribune.com/business/ct-biz-mcdonalds-national-restaurant-association-minimum-wage-20190327-story.html

Absolutely wonderful news! This is 'another clear example of what the Power of the People in organized solidarity/unity can effect in the fight against poverty wages.' 'Accolades' to SEIU Leadership and that of several other Unions and their leadership, as well as their Rank-and-File Members, for their years of 'fighting for' the Fight for $15. Posted by Dan Boody on March 30, 2019 at 9:10 am