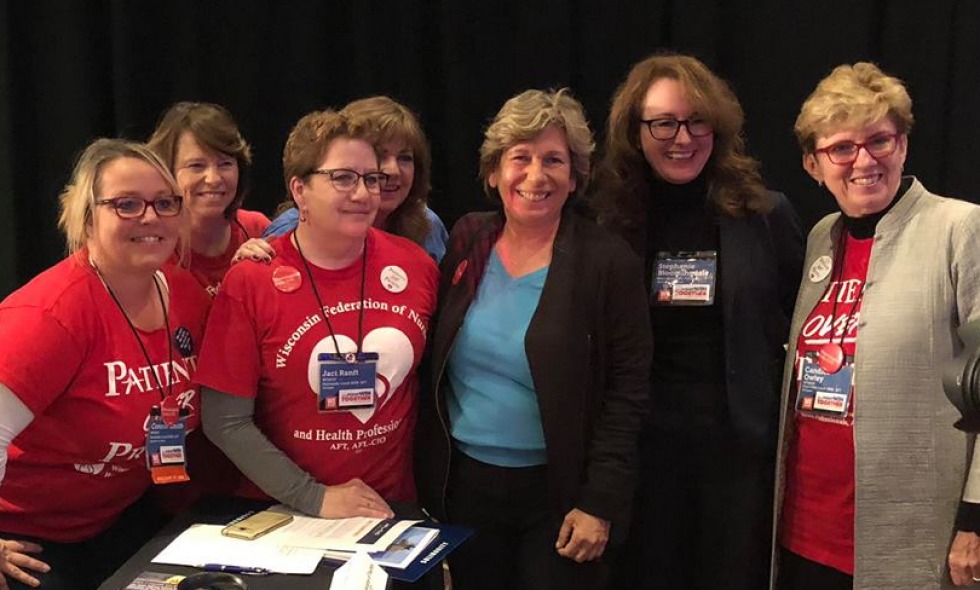 UCOMM Blog Editor’s Note: This post was written by Cordelia Anthony, President of the Farmingdale Federation of Teachers

During the month of March, we have taken the time to commemorate Women’s History Month and I would like to highlight the work of women in building early Union Solidarity.

From the Industrial Revolution to the rise of mass production in the early 20th Century, women were forced mostly for their own safety, to develop a relationship with the Union Movement.

In 1844, women from the textile mills of Lowell, Massachusetts formed themselves into the Lowell Female Labor Reform Association (LFLRA).

They were led by Sarah Bagley, who testified fearlessly before the Massachusetts Legislature about requirements forcing them to work on more machines at a faster rate which was endangering their physical well-being.

In 1866, newly-freed Black Women, working as laundresses in Jackson, Mississippi, formed a Union and went on Strike for higher wages.

In 1903, she organized the Children's Crusade, in which children who worked in mines and factories marched from Philadelphia to President Theodore Roosevelt's home in Oyster Bay, New York with banners that read: "We want to go to school and not to the mines!"

In 1919, the National Federation of Business and Professional Women's Clubs was founded with three major issues shaping their legislative agenda: The elimination of sex discrimination in employment; The principle of equal pay; and The need for a comprehensive equal rights amendment.

In 1965, Dolores Huerta became the first female leader of the Farm Workers Union.  She co-founded the United Farm Workers with Cesar Chavez and became its contract negotiator.

All throughout the development of Unionism, women have played key roles out of necessity to provide a decent standard of living for themselves and their families.

Today, we have women like Mary Kay Henry - who in 2010 was unanimously elected the International President and the first woman to lead the SEIU (Service Employees International Union).

On the Educational Labor Front, we have Randi Weingarten – President of the AFT (American Federation of Teachers) and Lily Eskelsen Garcia, President of the NEA (National Educators Association), who advocates for both Teachers and students on a national level.

As we come to the end of Women's History Month in March, we should recognize the incredible contributions that women have made to the Labor Movement and American history.

To Directly Access This Labor Perspective, Go To: https://ucommblog.com/section/community/women-have-played-important-role-labor-movement?fbclid=IwAR28qKSuBIkHqbDla-Ec07ObmNXPrfBvvNb5ws8XpjepD3XVFeQ5Io0n20c